Maternal mortality in humanitarian crises and in fragile settings

By the end of 2015, about 99 per cent of the world’s maternal deaths will have occurred in developing regions, with countries affected by a humanitarian crisis or fragile conditions accounting for almost 2 in 3 (61 per cent) cases.

The new Global Strategy for Women’s, Children’s and Adolescents’ Health aims to help countries achieve the ambitious target of ending preventable maternal deaths by 2030, included in the Sustainable Development Goals. This translates into reducing maternal deaths to fewer than 70 per 100,000 live births. Reaching this goal will require advancing the pace of progress – from the 2.3 per cent annual improvement that was recorded between 1990 and 2015 to 7.5 per cent per year beginning next year. 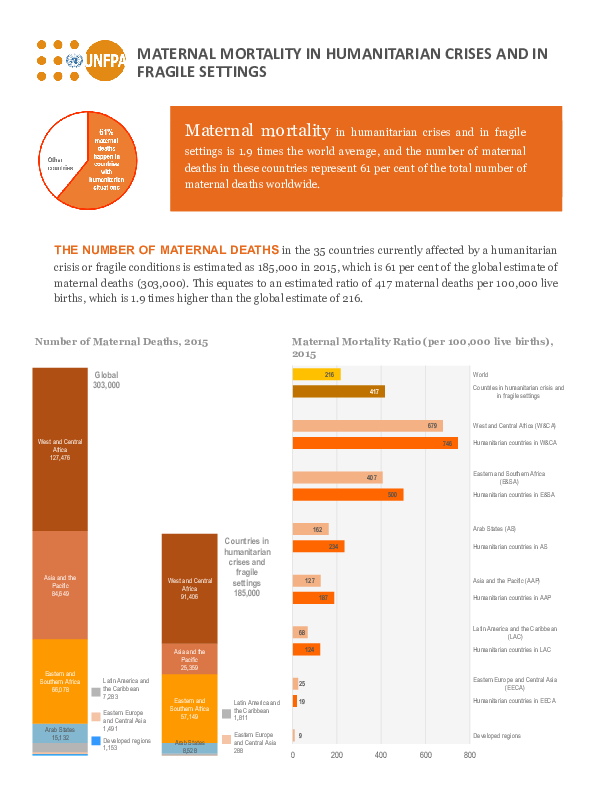 Maternal mortality in humanitarian crises and in fragile settings