Delivering as one: How UNFPA and UNICEF are working together to accelerate the abandonment of FGM/C

The Joint Programme on Female Genital Mutilation and Cutting (FGM/C), launched in 2007 and implemented in 12 African countries, demonstrates how effectively two UN agencies can work together as equal partners to achieve one goal. In many countries, the UNFPA-UNICEF Joint Programme is a model of the close collaboration, knowledge-sharing, mutual support and synergy envisioned by the UN Inter-agency Statement on the Elimination of FGM within a Generation, signed by 10 UN agencies and launched by the Deputy Secretary General in 2008. 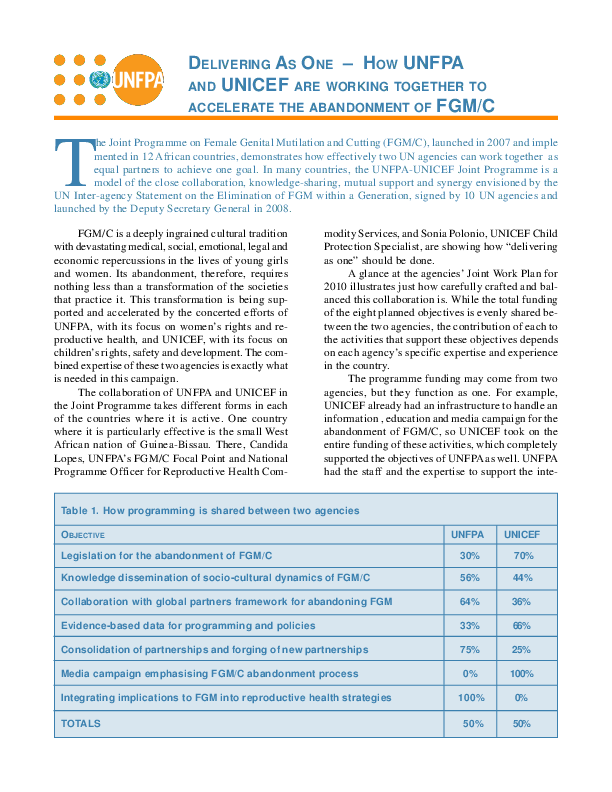 Delivering as one: How UNFPA and UNICEF are working together to accelerate the abandonment of FGM/C