Classification and Delineation of Urban Areas in a Census

The differences between urban and rural areas and their associated modes of living are both easily grasped by the public and are ongoing, fundamental topics of inquiry for social scientists. Our notion of what makes a place urban are context and culture dependent, varying from person to person and group to group, within and between countries.

Disaggregation between urban and nonurban areas is important across the Sustainable Development Goals (SDGs) because urban areas are commonly associ-ated with amenities such as paved roads, safe drinking water, and access to electricity and education. Goal 11 of the SDGs focuses specifically on urban areas due to the continually increasing share of the world population living in them. Both urban and rural residents face vulner-abilities particular to their physical and socioeconomic environments. Interest in refinement of the definition and delineation of urban areas increased in response to sub-urbanization in developed countries and as urbanization accelerated in many parts of sub-Saharan Africa during the 1960s and 1970s. The importance of the distinction between urban and rural has not since diminished, but a definitive, universal definition of urban remains elusive. 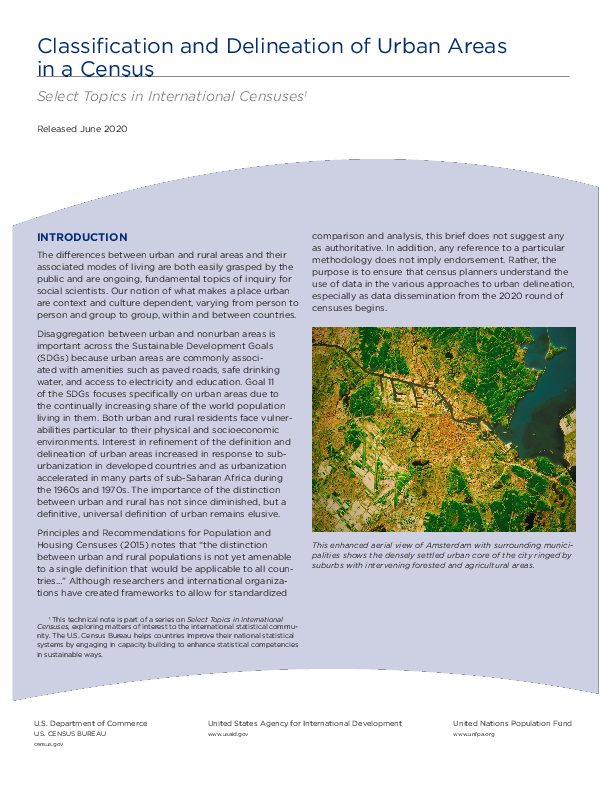 Classification and Delineation of Urban Areas in a Census 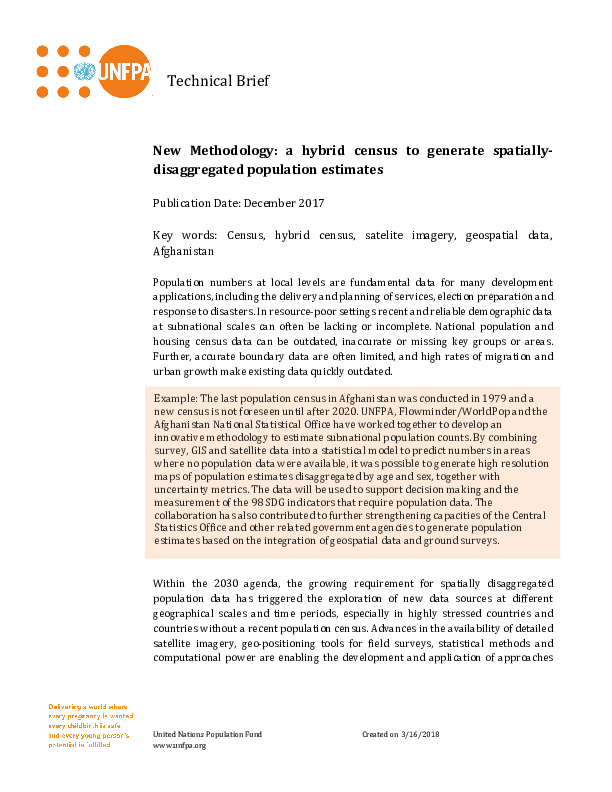 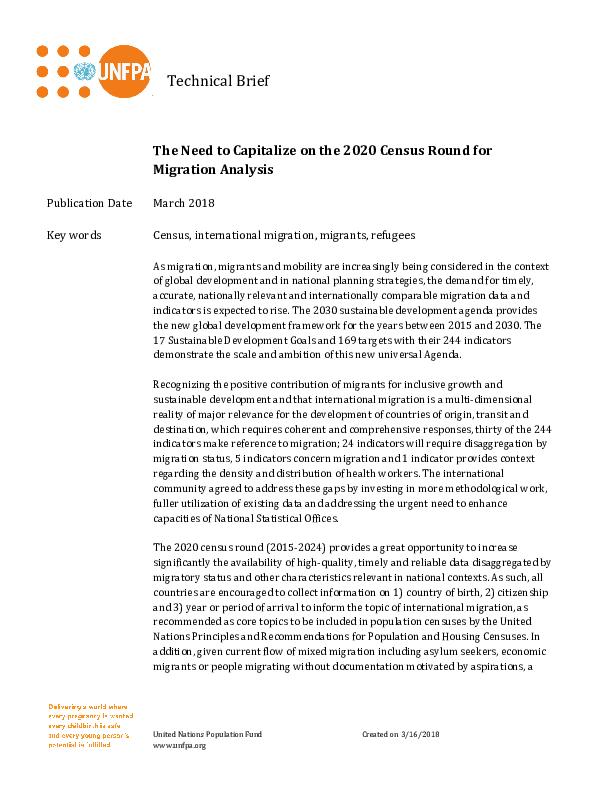 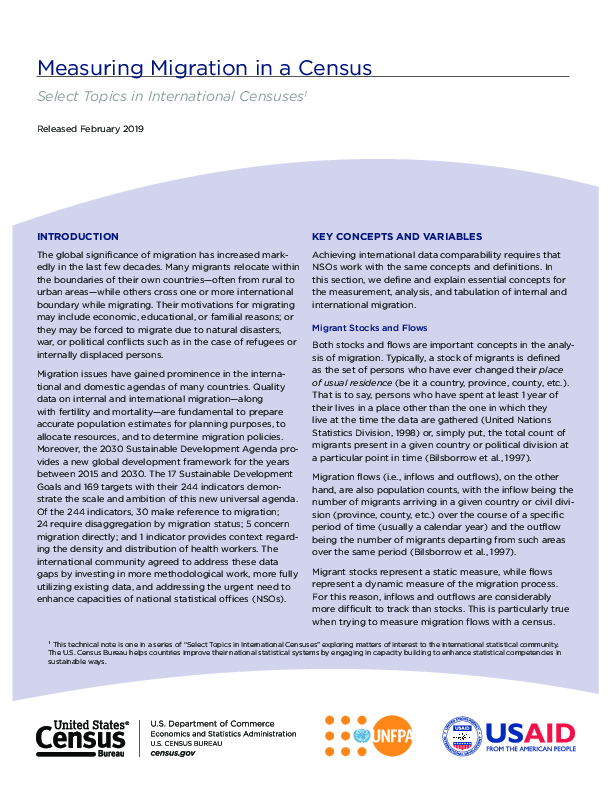 Measuring Migration in a Census