Points of Contention, Paths of Opportunities

This Report is also referred to as a White Paper, because it is intended to 'inform readers concisely about a complex issue and present perspectives in line with our own human rights approach on the matter. It is meant to help readers understand the issues, ...and make informed decisions'. This Report looks at the religious arguments around some of the most sensitive and contentious SRH-related issues, from the perspective of the major faith traditions of this world. These issues range from contraception to abortion to GBV to Child Marriage.

Far from merely listing the 'religious objections' to be found in the 5 main religions of the world (Buddhism, Hinduism, Judaism, Christianity and Islam), this Report then goes on to elaborate the alternative, faith-based lived realities, interpretations and actions which support the sexual and reproductive rights in question.

An article noting this Report and its launch was recently published in the Huffington Post, penned by one of the key consultants who compiled this for UNFPA. The article can be found here.

The process of producing this report started over 2 years ago, and involved a team of theologians, women's rights actors, and faith-based organization representatives, from around the world, whom UNFPA convened at various moments, most notably during the UN CSW and on the margins of the UN GA. 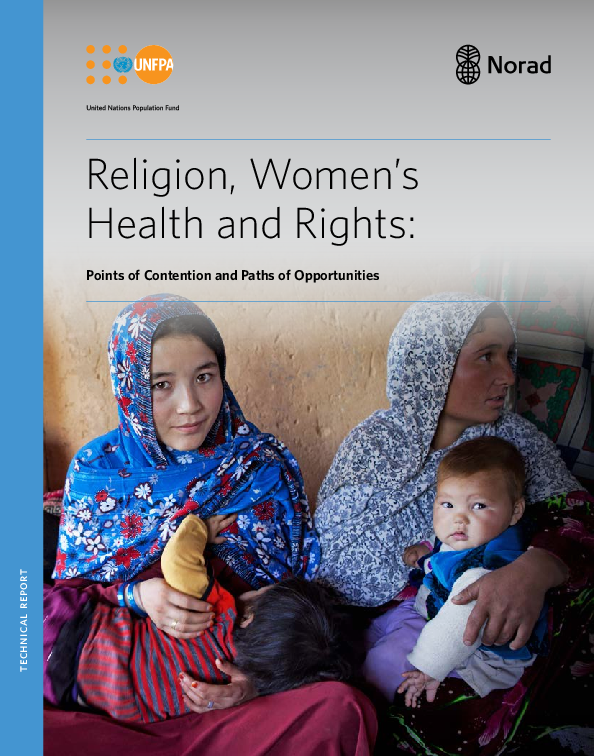