This in-depth, data-rich action framework, sometimes referred to as the ICPD beyond 2014 Global Report, is the culmination of a major global review of progress in implementing the ICPD Programme of Action, and analyzing the gaps and challenges that remain. It gathers data from 176 countries alongside inputs from civil society and academic research that point to significant achievements from 1994-2014. It also warns of serious and growing inequalities and the possibility of thwarted progress unless the human rights, health and aspiration of women and young people are prioritized.

The Framework of Actions is organized around five pillars of development: Dignity and Human Rights, Health, Mobility and Place, Governance and Accountability, and Sustainability. It is one of three official documents prepared by the UN Secretary-General for the 20-year anniversary of the ICPD Programme of Action and the 47th  Session of the Commission on Population and Development.

The other two documents are:

As mandated by the UN General Assembly, the Framework of Actions also builds on the outcome documents from three major thematic ICPD reviews – on youth, human rights and women’s health: 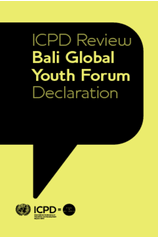 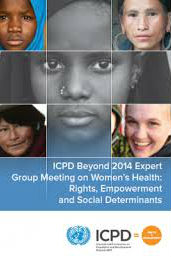