A Resource Kit on Climate, Population and Gender

EN FR
In 2008, the Women’s Environment and Development Organization (WEDO) commissioned five partners to conduct case studies in their home countries, exploring the linkages between gender and climate change.A Countries were selected based on regional diversity, vulnerability to climate change, least developed and developing country status and WEDO’s strong existing partnerships.
Taken together, the following snapshots offer a composite of the gender issues associated with climate
change and suggest important policy points and opportunities for intervention. For example, although women play a vital
role in household and community natural disaster recovery, policies that address the impact of disasters and recovery efforts often favour the livelihoods of men. In many cases, the false policy assumption remains that this will also benefit women,1
whereas women’s own livelihoods must also be secured. 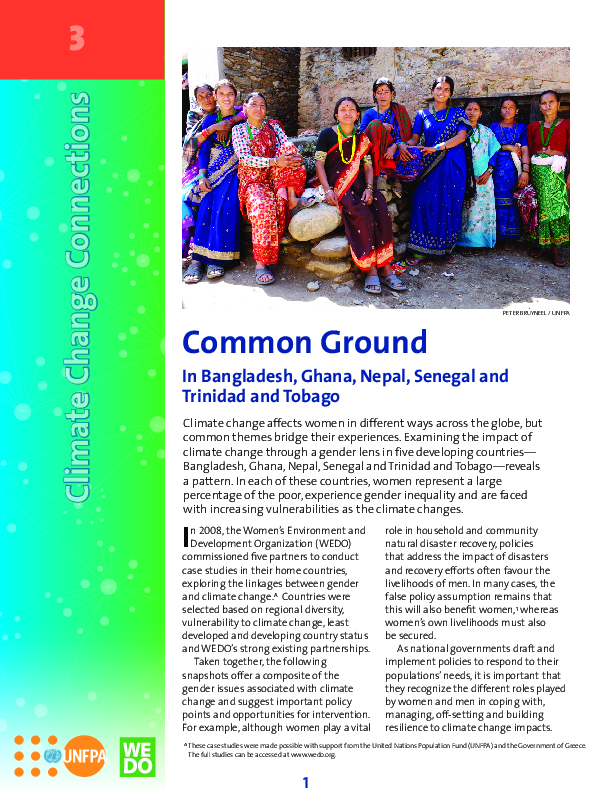