Globally, it is estimated that at least 200 million girls and women alive today have undergone female genital mutilation (FGM) in 30 countries, including Ethiopia, Kenya, Somalia, Tanzania and Uganda. The practice is generally rooted in traditional beliefs, values and attitudes and is valued in many countries as a rite of passage into womanhood and child marriage.

The cross-border practice is common in the East Africa Region, in particular in Ethiopia, Kenya, Somalia, Tanzania and Uganda (in some sub-national areas), where there is still a high prevalence of FGM. These countries share borders and have, in some areas, the same communities and ethnic groups, which leads to cross-border practices of FGM.

This report brings to light the cross-border dimension of FGM. It describes the practice, as well as the socio factors and dynamics that contribute to FGM across borders, and presents the legal and policy frameworks, as well as the positive trends in programming aimed at eliminating FGM. The report concludes by suggesting a series of recommendations to address cross-border FGM practice, which requires bringing together regional-level solutions and inter-country programmes. 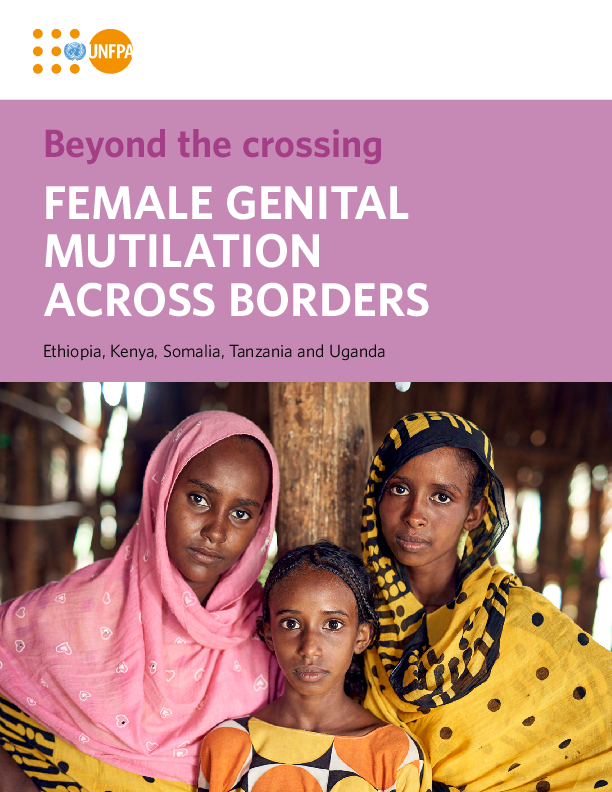