“This is a devastating loss for UNFPA and for the people, especially women, girls and youth, he dedicated his life to serving, starting from when he became a doctor in Nigeria. UNFPA expresses its deep sympathy to his family and prays that they have the fortitude to bear this great loss,” said UNFPA management.

“Dr. Osotimehin was bold and never afraid of a challenge and his strong leadership helped keep the health and rights of the world’s women and girls high on the global agenda. He understood that the world’s 1.8 billion young people are truly its greatest hope for the future.”

UNFPA is dedicated to continuing Dr. Osotimehin’s grand vision for women and young people and will continue to stand up for the human rights and dignity of everyone, particularly the most vulnerable adolescent girls.

He vigorously championed three major transformative goals of zero preventable maternal deaths, zero unmet demand for family planning and the elimination of harmful practices against women and girls. UNFPA urges all to honour his legacy by rallying around those global goals.

Before this appointment, Dr. Osotimehin was Nigeria’s Minister of Health. Prior to that, he was Director-General of the National Agency for the Control of AIDS, which coordinated HIV and AIDS work in Nigeria.

Dr. Osotimehin qualified as a doctor from the University of Ibadan, Nigeria, in 1972, and went to the University of Birmingham, England, where he got a doctorate in medicine in 1979. He was appointed Professor at the University of Ibadan in 1980 and headed the Department of Clinical Pathology before being elected Provost of the College of Medicine in 1990. Dr. Osotimehin received the Nigerian national honour of Officer of the Order of the Niger in December 2005. He led several councils, including in the World Economic Forum.

Dr. Osotimehin was married to Mrs. Olufunke Osotimehin and is also survived by brothers, sisters, children and grandchildren.

As directed by the Office of the Secretary-General, Dr. Natalia Kanem has been appointed the Acting Executive Director of UNFPA effective 5 June, 2017.

Those not currently holding a valid UN grounds pass must RSVP to sreis@unfpa.org and tong@unfpa.org by Thursday, 14 June 2017, for security clearance. Visitors should bring valid photo identification for security check upon entry at the visitors' entrance, located at the corner of 45th Street and 1st Avenue. The entrance will be closed promptly at 4:50 pm.

A commemmoration of Dr. Osotimehin's work and legacy was held at UN Headquarters in New York on 6 June 2017. Select statements can be viewed here. Quotes from the event are below.
“As a physician and a professor, as a professional advocate and as a global leader, Dr. Osotimehin was throughout a steadfast champion of the rights of women and girls and young people.”
- Peter Thomson, President of the United Nations General Assembly
“He always championed the cause of the most voulnerable and disadvantaged girls and women who had been left behind. His voice was their voices.”
- Ib Petersen, Denmark's Ambassador to the United Nations, President of UNFPA Executive Board
“He has passed on the torch to the next generation of the bold.”
- Laura Flores, Panama’s Ambassador to the United Nations
“He has completely revolutionized the way we perceive and deal with issues of rights of those far left behind, and worked hard to bring these issues onto the mainstream.”
- Omar Annakou, Libya’s Ambassador to the United Nations
“He will be remembered as a global leader of public health, women’s empowerment and young people, particularly focused on promoting human rights, including sexual and reproductive health and reproductive rights, as well as population and development.”
- Carolina Popovici, Moldova’s Deputy Permanent Representative to the United Nations
“Under his skillful leadership, UNFPA had consistently and successfully advanced the cause of youth and gender within in the context of reproductive health and rights in the overall ICPD agenda.”
- Guamaral Altangerel, Mongolia’s Deputy Permanent Representative to the United Nations
“He vigorously championed [the] three transformative goals of [ending] preventable maternal death, [ending un]met need of family planning and the elimination of harmful practices against women and girls.”
- Adonia Ayebare, Uganda’s Ambassador to the United Nations
“He saw the world’s 1.8 billion young people as its greatest hope for the future – not as a challenge to be solved, but as a solution and the drivers of innovation, prosperity and peace.”
- Dr. Natalia Kanem, Acting Executive Director, UNFPA

A book of condolences has been set up at the United Nations Visitors Entrance at 46th Street and 1st Avenue. Condolences can also be shared at Dr. Osotimehin's Facebook page. 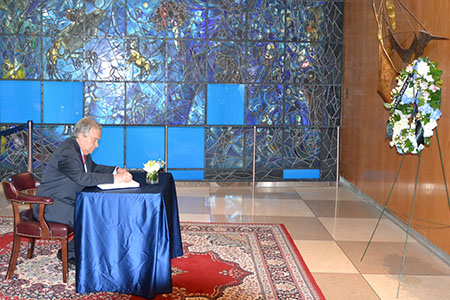 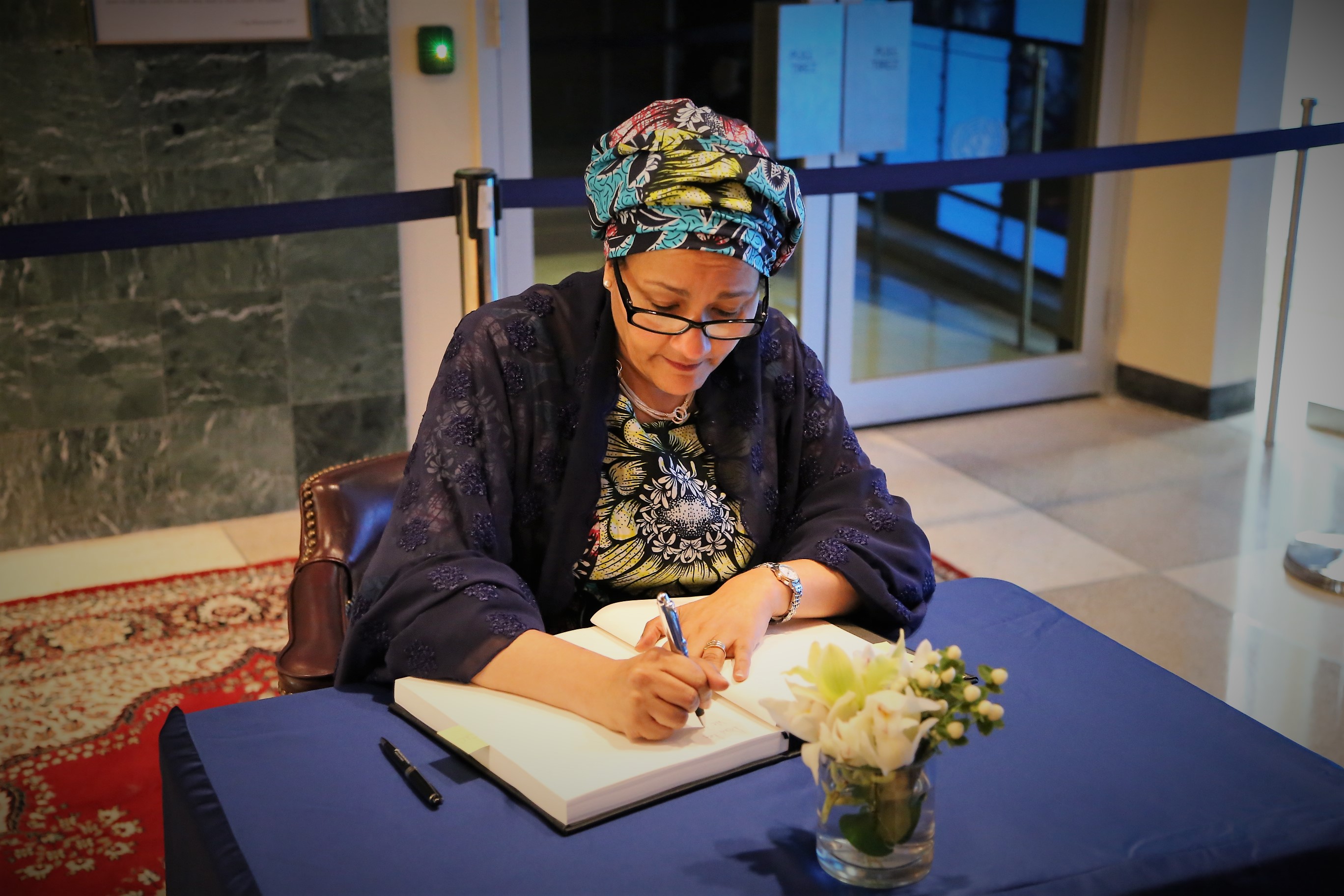