I am deeply saddened to learn of the death of Kofi Annan, who throughout his exemplary career worked tirelessly for a more just and peaceful world, based on our shared humanity and fundamental values rooted in universal human rights.

He promoted dialogue and celebrated diversity – of thought, belief and action. He inspired young people around the world and championed their leadership.

As United Nations Secretary-General, he stood up for the rights, health and dignity of women and girls. He believed that “there is no tool for development more effective than the empowerment of women”.

Kofi Annan embodied the principles of the United Nations. He was a mentor, role model and inspiration to so many within the United Nations system and beyond, and his legacy lives on in the millions whose lives he touched.

On behalf of all of us at UNFPA, I extend my sincere condolences to Nane and the Annan family, the Government and people of Ghana, and all those around the world mourning his loss. 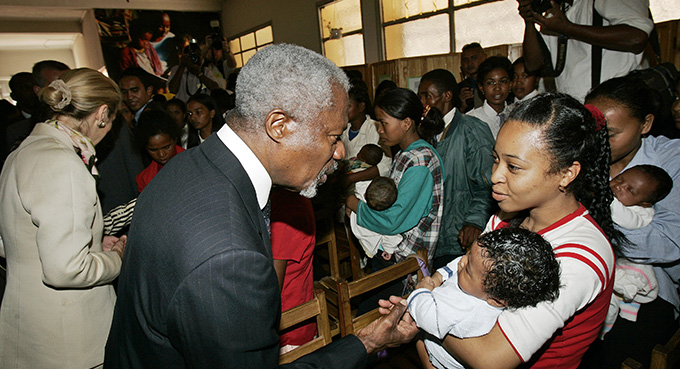