Your Excellency, President Fidel Castro, Distinguished Members of the Presidium, Ladies and Gentlemen,

I am pleased to deliver a statement on behalf of Thoraya Ahmed Obaid, Executive Director of UNFPA, the United Nations Population Fund.

At the outset, please permit me to congratulate all of you for the spirit, enthusiasm and commitment to address HIV/AIDS as a priority development issue in the Latin America and the Caribbean region.

UNFPA also wishes to congratulate the Government of Cuba for its commitment to sexual and reproductive health programmes, including programmes for HIV/AIDS. We acknowledge the important and pro-active role of Cuban authorities in maintaining the low rate of prevalence of the epidemic. UNFPA remains committed to working with the Government of Cuba and all governments in the region to ensure that all citizens have access to quality reproductive health services and programmes.

At UNFPA, we have a three-pronged strategy for HIV prevention. Our efforts are focused on prevention among young people, among pregnant women, and condom programming. We also support activities to create an enabling environment. These include efforts to improve gender equality and equity, build strong political commitment and leadership, fight stigma and discrimination, collect and analyse demographic data on the epidemic, and integrate HIV/AIDS prevention into population and reproductive health policies and programmes.

In doing so, UNFPA is guided by the 1994 International Conference on Population and Development (ICPD), and the key actions agreed in 1999 at the ICPD fifth-year review to ensure further progress.

Let me first address the issue of young people. Today, half of all new HIV infections occur among young people below the age of 24.

Young people, especially adolescents, are at special risk of exposure to sexually transmitted infections and HIV/AIDS, as their sexual relations are often unplanned, sporadic and, sometimes, the result of pressure or force. This is especially true for adolescent girls, who need greater support to avoid unwanted or unsafe sexual relations.

UNFPA supports programmes that promote healthy adolescent development, and safe and responsible behaviour. When governments adopted the Declaration of Commitment on HIV/AIDS, at a special session of the General Assembly in 2001, they agreed to provide 90 per cent of young people with access to the information, education and services they need by the year 2005 to reduce their vulnerability to HIV infection. We are just two years from this target date, and there is no better time than now to turn these words into action.

Together, we must scale up programmes so that information and services spread faster than the HIV virus itself. For while young people are highly vulnerable to HIV infection, they also offer the best hope for turning this epidemic around.

Preventing HIV infection among pregnant women and all women of childbearing age is a top priority for UNFPA. We have been supporting reproductive health all over the world for the past three and a half decades and we see our comparative advantage in this area. Interventions for prevention among pregnant women include voluntary and confidential testing and counselling, prenatal and post-delivery care, and skilled assistance for safe childbirth.

I would also like to inform you about our efforts in condom programming.

UNFPA is the lead organization in the United Nations system in the procurement of condoms and the provision of technical assistance to ensure that countries and communities have a reliable and sustainable supply of condoms and other reproductive health commodities.

The correct and consistent use of condoms, both male and female, can help slow the epidemic - providing millions of people with a simple, inexpensive and effective means to protect themselves and their partners from HIV and other sexually transmitted infections. Condom programming encompasses a broad range of actions, including communication for behaviour change to overcome barriers to use; providing reliable access to an affordable, high-quality supply; and ensuring that distribution channels meet people's needs.

Of all regions in the world, the Latin America and the Caribbean region has the second highest prevalence of sexually transmitted infections per capita, with an estimated 38 million new infections each year. The appropriate treatment of patients at their first encounter with a health care provider is an important public health measure.

Your Excellency, Ladies and gentlemen,

As Dr. Peter Piot of the Joint United Nations Programme on HIV/AIDS (UNAIDS) stated at the opening of the Forum, there have been considerable achievements in ensuring access to care and treatment for people living with HIV/AIDS in Latin America and the Caribbean. However, major gaps continue to exist in carrying out effective interventions. This situation has been aggravated by the economic and political crises in some countries.

Since the epidemics in Latin America and the Caribbean are well established, there is a danger that they could spread more quickly and more widely in the absence of strengthened responses.

Now, more than ever, UNFPA's response to the HIV/AIDS pandemic, especially at the country level, will be increasingly a part of the inter-agency United Nations response.

UNFPA will continue to be proactive in the United Nations Theme Group on HIV/AIDS. We will assist countries -- governments, non-governmental organizations and civil society -- in reviewing national plans, preparing funding proposals and adapting and implementing evidence-based interventions. In particular, UNFPA will seek to fully integrate HIV/AIDS into country programmes and multisectoral development frameworks. Country and regional-level consultations with all relevant partners are currently taking place for a regional HIV prevention strategy that will be launched this year.

During this Forum, we take pride in having launched the OPEC Fund-UNFPA Project on HIV/AIDS Prevention for highly vulnerable youth in six countries in Central America and the Caribbean.

We recognize that much remains to be done in maintaining momentum and ensuring that initiatives are scaled up with the full commitment of governments.

By working together, we can slow the spread of HIV/AIDS and other sexually transmitted infections, and ensure that the right to health is enjoyed by current and future generations.

Ebola prompts efforts to boost condom use in Liberia 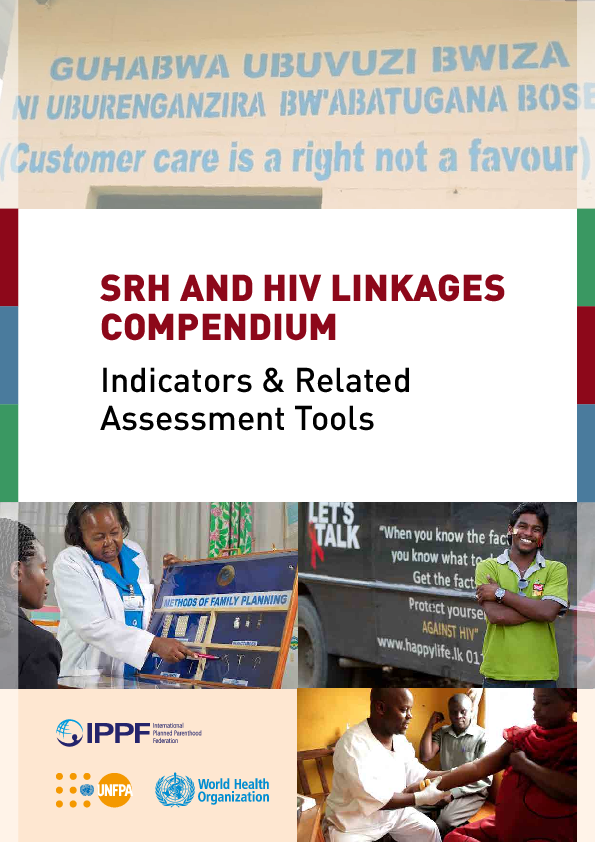