This statement was jointly released by the World Health Organization, UNFPA and UNAIDS.

WHO, UNAIDS and UNFPA welcome the results  of a large clinical research study known as the Evidence for Contraceptive Options and HIV Outcomes (ECHO) study that was conducted in four African countries and published in the Lancet today. The study compared the risk of HIV acquisition among women randomized to three highly-effective reversible contraceptive methods.

The ECHO study found no significant difference in risk of HIV infection among women using one of the three methods. It did find, however, that incidence of HIV infections among the participants was high ─  an average of 3.8% ─ indica7ng that HIV remains a significant personal risk and public health challenge for many women in these countries. In settings with high HIV prevalence, a major effort will be needed to rapidly scale up provision of combination HIV prevention services as part of contraceptive service delivery.

The World Health Organization has immediately initiated a process of updating and synthesizing all the evidence on use of contraception and HIV infection risk. As is standard practice when  important new research findings are published relating to contraceptive safety, WHO will convene a Guideline Development Group to examine the updated evidence on links between the use of various hormonal contraceptive methods and women’s risk of HIV acquisition. The Guideline Development Group will meet at the end of July 2019 to assess whether current WHO guidance needs to change in the light of the updated evidence.

In the interim period, all three contraceptive methods ─ DMPA-IM injectables, Levonorgestresl implants and copper-bearing IUDs ─ should continue to be made available to women in line with current recommendations that were published in the 2017 Hormonal contraceptive eligibility for women at high risk of HIV. Guidance Statement, which updated the 2015 Medical Eligibility Criteria for Contraceptive Use. Fifth Edition. Client-tailored recommendations should be provided that keep in mind the study findings and advice around safety concerns, risk factors and how clients can best protect themselves against HIV, other sexually transmitted infections and unintended pregnancies.

It is anticipated that updated recommendations will be issued by the end of August 2019. This timeline reflects WHO’s established practice to ensure a timely, robust and inclusive review process.

For more than 25 years, there has been mixed evidence as to whether use of hormonal contraceptive methods (particularly depot medroxyprogesterone acetate [DMPA]) is associated with a woman’s risk of acquiring HIV. WHO has been continuously monitoring and reviewing new evidence and providing guidance accordingly. WHO has commissioned an updated systematic review to analyse findings from all studies published in the past two years and to synthesize them with the previous evidence published in 2016 together with the new results of the ECHO study. WHO is committed to engaging with stakeholders and to involving them in the process of updating the Medical Eligibility Guideline for Contraceptive Use.

Results of the ECHO study

The ECHO study found no significant difference in risk of HIV infection among women using one of three highly effective, reversible contraceptive methods. The three methods were:

Reassuringly the study showed that each method had high levels of safety and effectiveness in preventing pregnancy, with all methods well-accepted by the women using them. The study found, however, that the incidence of HIV infections among all of the women participants was high – an average of 3.8% - indicating that HIV remains a significant personal risk and public health challenge for many women in these countries.

Evaluating emerging evidence is extremely important to determine what guidance should be given to women, particularly in sub-Saharan Africa where high rates of HIV coincide with high use of DMPA injectable contraception. WHO is concerned that access to preferred contraceptive methods for women, their partners, and for couples, is maximized, while protecting women’s health and that of their communities. When choosing a contraceptive method, women have the right to the latest and best information and to access their preferred options that is safe, effective and acceptable.

Expanding quality-assured contraceptive options for voluntary family planning is critical in reducing the current unmet need of some 214 million women of reproductive age in developing countries who want to avoid pregnancy but are not using a modern contraceptive method. Enabling women and girls to make informed decisions is a fundamental principle when providing any contraceptive information and service.

The study also highlights the need to step up HIV prevention efforts, particularly in high-burden countries and particularly for women. The study showed that the rate of HIV infection was higher for women under 25 years irrespective of the method of contraception used. This high rate of HIV infection among women, and especially younger women, reinforces the need to strengthen HIV prevention integration within contraceptive and other sexual and reproductive health services. These may include HIV testing and linkage to antiretroviral therapy for those testing HIV-positive, partner testing, condom promotion, and pre-exposure prophylaxis (PrEP). The high incidence of HIV reported is above the WHO suggested threshold for offering PrEP, which should now be considered in countries where the incidence of HIV is above 3%, as appropriate.

Ensuring that young women are able both to access effective contraceptive methods and protect themselves from HIV will help to build a healthier future for women, their partners, their children – if and when they decide to have children – their communities, and ultimately their countries.

The World Health Organization and HRP (Human Reproduction Programme) would like to acknowledge and thank the 7,829 women and their communities for their participation in the ECHO study without which our understanding of the safety of three highly-effective contraceptive methods would not be what it is today. 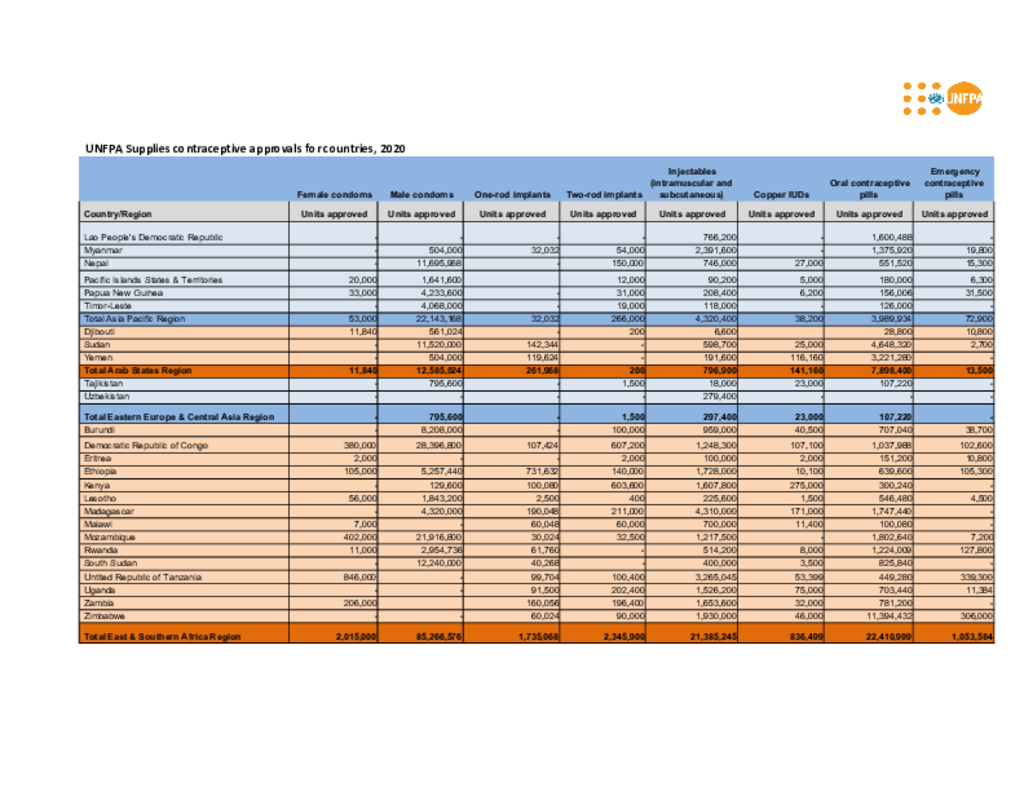