FIJI/PORT MORESBY – Benaiah Nari grew up amid poverty and ethnic clashes in Papua New Guinea, a country where sexual violence, sexually transmitted infections and adolescent pregnancy are rife. After watching his peers navigate the treacherous waters of adolescence, he became determined to change the status quo.

“I grew up in a squatter settlement where I was engaged in a lot of stuff harmful to me as a young person,” Mr. Nari, now 24, told UNFPA. “But I was determined to change the course of my life and that’s how I ended up in university.”

At the University of Papua New Guinea (UPNG), Mr. Nari is earning his second bachelor’s degree and working to advance the health and human rights of young people in his home country.

Papua New Guinea – often abbreviated PNG – is a collection of hundreds of islands, with more than 800 languages and over 7 million people. Yet the country’s young people share many of the same concerns, chief among them gender inequality, gender-based violence, and poor access to sexual and reproductive health information and services.

According to recent population and development figures from the Pacific Islands, the country ranks in the bottom 20 on the Gender Inequality Index. Papua New Guinea also has the highest HIV prevalence rates among Pacific island countries in the region.

Nearly 20 years later, the programme continues to have an impact, reaching young people like Mr. Nari.

Mr. Nari first attended a peer education session at the university in 2010, and the issues addressed hit close to home.

Mr. Nari is now part of a dynamic team that raises awareness about sexual and reproductive health and human rights in the student residential halls on campus. They respond to queries from students, and refer to external experts when they receive complex medical questions.

“Talking about sex in PNG is one of the main challenges,” Mr. Nari said. “It is not something we discuss openly [in our communities], and our work has led to perceptions that we encourage sex. But once students realize that it is really about saving lives and safeguarding their future, they come for contraceptives.”

Guided by alumni peer educators, the activists undertake a variety of activities, including poetry slams, theatre productions and sporting events.

One such initiative, the H3MBS Games, is fast becoming one of the most popular activities on campus. Organized annually, the event features teams competing in football, basketball and volleyball, united under the tournament’s “Three Hs” motto: healthy mind, healthy body and healthy sexuality.

The impact is already being felt on campus.

“There are a lot less people coming to see us about unplanned pregnancy, and the university security officials say there is much less vandalism or fighting, especially when we carry out our activities consistently,” says Mr. Nari.

Almost 75 per cent of graduates who are peer educators go on to management positions, he added, so the lessons are also making their way into the country’s future workforce.

“We start small, but as long as we keep it going… the investment in this programme is actually making a difference,” he said, “and that makes me more determined to continue.” 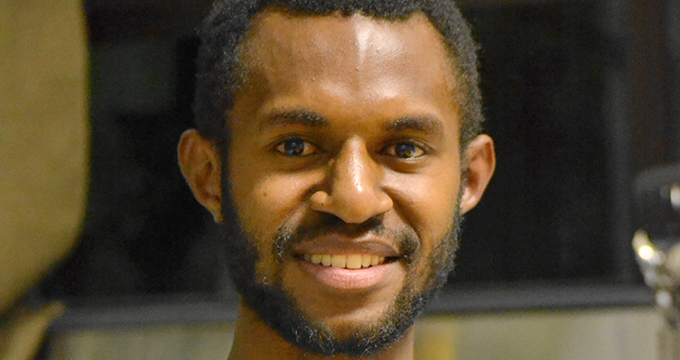