UNITED NATIONS, New York/OUAGADOUGOU, Burkina Faso – A shocking 20 per cent of women with disabilities face forced or coerced sex. Stripped of their most fundamental reproductive rights, women with disabilities are too often denied access to contraception, subject to forced abortion or sterilization, or denied information about their bodies and rights.

“They are facing triple discrimination,” said Abia Akram, a 34-year-old disability rights advocate from Pakistan. “For some, there are no employment opportunities. They are not allowed to go out and contribute to society, to marry, to have families. They are hidden away.” 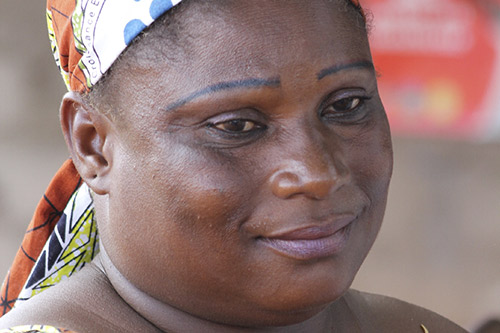 Kadiatou Dembélé did not have access to information about sexual and reproductive health and rights. "What happened to me, should not happen to other girls with disabilities,” she said. ©UNFPA/Théodore Somda

Over one billion people – 15 per cent of the world’s population – will experience some form of disability during their lifetimes. In developing countries, one fifth of the population can expect to grapple with a disability at some point. Yet around the world, laws, policies and prevailing attitudes do little to protect this population’s sexual and reproductive health and rights.

“Some men abuse the naivety of young girls, and even adults, with disabilities,” said Kadiatou Dembélé, a woman living with a disability in Burkina Faso. Like too many others, she was not exposed to information about her reproductive health.

“I had three unplanned pregnancies with my partner. After the third pregnancy, he fled,” Ms. Dembélé told UNFPA. “I had a second companion with whom I had two children.”

She only learned later about family planning.

Today, she supports her children by selling soap and coal. “My desire was not to have five children... What happened to me, should not happen to other girls with disabilities.”

“I have met people who used me because they could tell I was vulnerable,” said Cashelle Dunn, a 26-year-old disability advocate from Women with Disabilities Australia. “I have had people question my reproductive rights because of my disability, ignoring my own opinions.” 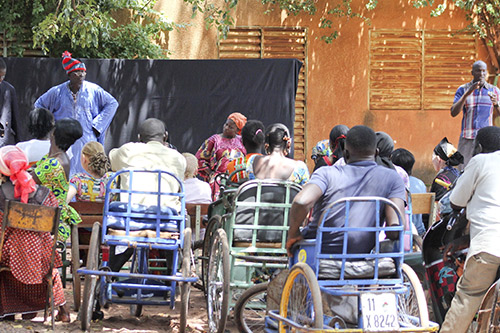 But she and Ms. Akram are working to change this. Together with UNFPA and a host of partners, they helped launch WE DECIDE, a programme that aims to strengthen the voices and participation of young people with disabilities on the issues and policies that affect them – especially in the areas of sexual and reproductive health and ending sexual violence.

“WE DECIDE is about amplifying the contributions of young people to peace, social justice and human rights, and in breaking barriers and stereotypes,” UNFPA Deputy Executive Director Laura Londén said at the launch, on 15 June at the United Nations Headquarters in New York.

WE DECIDE will focus on increasing access to sexual and reproductive health information and care, preventing and addressing gender-based violence, ending discrimination, and promoting social inclusion.

Without knowledge, a dark horizon 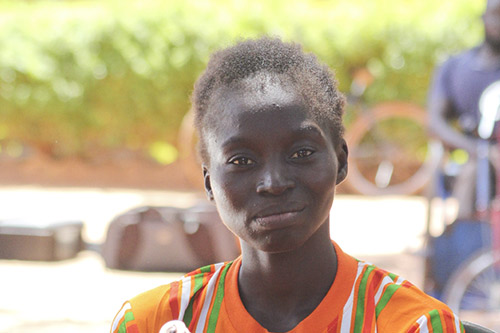 Korotimi Coulibaly wishes she'd had access to information about reproductive health and rights. Unplanned pregnancy is "a dark horizon you have before you,” she said. ©UNFPA/Théodore Somda

Korotimi Coulibaly, 19, is living with a disability in Burkina Faso. She was never taught about sexual and reproductive health. Neither was her boyfriend.

“We met and had unprotected sex,” she told UNFPA. “When I got pregnant, I did not know.”

It was Ms. Coulibaly’s sister who realized she was pregnant – and threw her out of the house.

“You need to have a child under the proper circumstances,” she told UNFPA. “Otherwise, it is a dark horizon you have before you.”

Fighting for their rights

In more than 40 countries, UNFPA supports programmes promoting the rights of persons with disabilities. And WE DECIDE has just initiated a global study on the sexual and reproductive health and rights of young people with disabilities – including the violence they face – which will generate more information on how to meet their needs.

But much more is required.

“Empowering young people with disabilities with sexual and reproductive health and rights knowledge and information is one of the keys to change,” said Aniyamuzaala James Rwampigi, former president of the African Youth with Disabilities Network, ahead of the WE DECIDE launch.

“Efforts need to be made at all levels to ensure that gender and disability discrimination does not occur,” Ms. Dunn added.

“I would say to women with disabilities: Don’t underestimate yourselves,” emphasized Ms. Akram, of the National Forum of Women with Disabilities. “Feel your disability as your strength. Educate yourself about your rights. And if your country doesn’t uphold your rights, fight for them.” 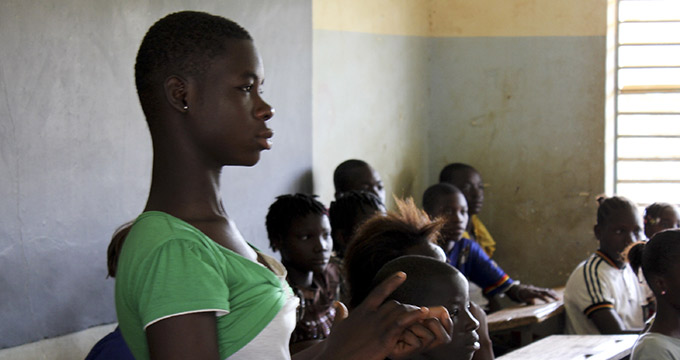