The World Must Reach Those Left Behind

UNITED NATIONS, New York – The 2014 Session of the Commission on Population and Development opened on 7 April with calls to redouble efforts to promote development through strengthened reproductive health and human rights.

The session – which will review progress made since the 1994 adoption of the Programme of Action of the International Conference on Population and Development (ICPD) in Cairo – casts a spotlight on the many challenges that remain, including persistent inequalities.

“There have been great gains in the past 20 years – in poverty reduction, girls’ education, maternal and child mortality, access to sexual and reproductive health services, including family planning, protection of reproductive rights, and many other areas of the Programme of Action,” said Dr. Babatunde Osotimehin, Executive Director of UNFPA, the United Nations Population Fund. “Yet these gains mask significant and growing inequalities, which are preventing the most vulnerable, marginalized and excluded among us – especially women and girls – from realizing their human rights as affirmed by the forward-looking Cairo consensus.”

Belief in gender equality remains far from universal, noted speakers at the event. One reflection of women’s lower status throughout the world is their continued poor access to reproductive health services.

“The biggest single obstacle to better public health is not money or technology,” said Nafis Sadik, Special Envoy of the Secretary-General for HIV/AIDS in Asia and the Pacific and former Executive Director of UNFPA. “It is entrenched prejudice and discrimination by society against girls and women.”

Although maternal mortality has declined in the last two decades, a review of the implementation of the ICDP Programme of Action has shown that too many women continue to die in pregnancy or childbirth from entirely preventable causes. “As global citizens, we must not tolerate preventable deaths when we have the means to stop them,” said United Nations Deputy Secretary-General Jan Eliasson.

A host of other inequalities must also be addressed, said Dr. Osotimehin. “Too many people are being left behind – by growing income and wealth inequalities, by gender inequality and gender-based violence, by discrimination and stigma, by exclusion from participation in governance, and even by data and knowledge systems that fail to count or account for many of the most vulnerable people,” he said.

This year’s Commission offers an opportunity for governments to recommit to the principles of the ICPD Programme of Action, said Wu Hongbo, Under-Secretary-General for Economic and Social Affairs.

Dr. Osotimehin also underscored this point. “Twenty years later, we have moved forward,” he said, “but there is still a lot to do.” 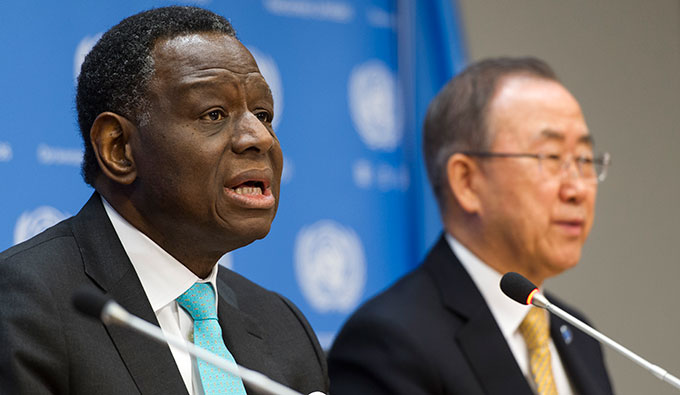 The World Must Reach Those Left Behind