QAYYARAH, Iraq – With military operations underway to retake Mosul from the Islamic State of Iraq and the Levant (ISIL, also known as ISIS or Daesh), thousands of civilians have fled and displacement is expected to rapidly escalate. The humanitarian response could be the "largest and most complex in the world in 2016," according to UN figures, with 1.2 to 1.5 million people affected.

UNFPA estimates that among this population, 250,000 to 300,000 could be women of reproductive age requiring reproductive health services and care for gender-based violence. 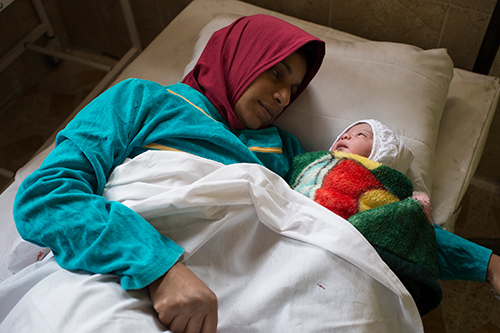 Mona* safely gave birth at a UNFPA-supported maternity unit after ISIL was ousted from the town of Qayyarah. © UNFPA Iraq/Turchenkova

Since the start of the operation on 17 October, UNFPA has been providing emergency reproductive health care and services for affected women and girls.

Women and girls are in urgent need of care, with many having gone without health services for the duration of ISIL’s occupation.

In Qayyarah, a newly liberated town 30 km south of Mosul, women’s health services were effectively unavailable during ISIL control. The town lacked medical supplies and staff, and restrictions to women’s movement meant they were unable to receive needed care.

The town’s only hospital was torched by ISIL militants as they were being ousted two months ago – part of what has been described as a “scorched earth policy.” 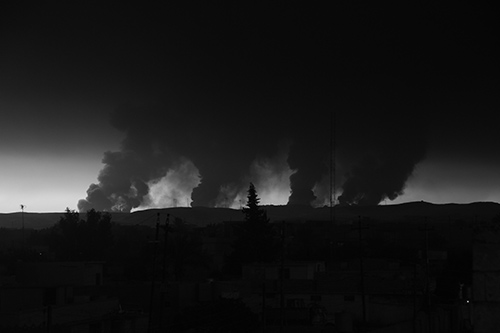 Since then, UNFPA has provided supplies and personnel for a delivery unit at the Qayarra Primary Healthcare centre, which is now serving civilians fleeing the operations in Mosul. Since 17 October, the delivery room has conducted 25 deliveries.

“I am so happy that my son was born after Qayyarah was liberated from ISIL,” Muna* said after giving birth to a boy, Najem.

Najem was one of the first babies born after the town’s liberation. His name means “star,” which Muna says “represents a new beginning for what we hope to be a better future.”

“I am so grateful to have our health facilities re-opened. Now I can resume my job,” said Dr. Kawther*, the gynaecologist who delivered Najem.

“Now, we have the capability to provide safe deliveries to women, who otherwise would have been at risk,” the doctor added. 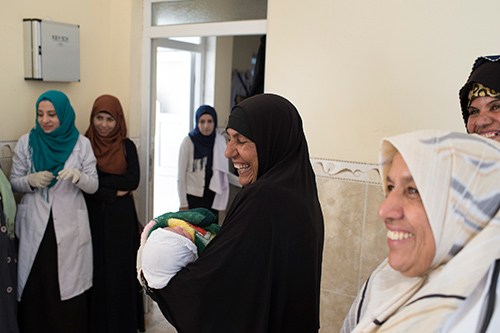 UNFPA has already provided over 2,000 reproductive health consultations in Qayyarah, Hajj Ali and I’jhala since the start of military operations.

Health workers in surrounding provinces are also being trained in emergency reproductive health responses, and social workers are receiving training to provide sensitive care to survivors of gender-based violence.

Tens of thousands of dignity kits – containing soap, menstrual pads, clothing and other supplies – are being procured for distribution. 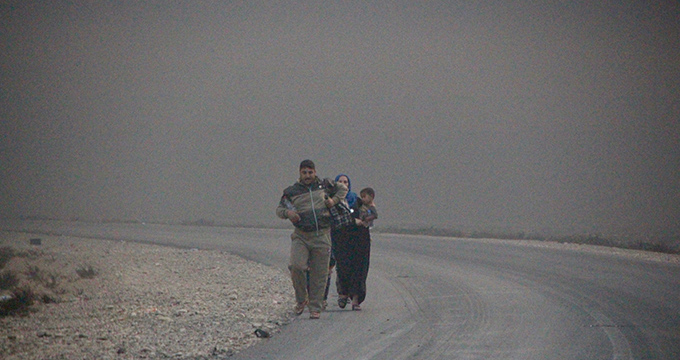