UNITED NATIONS, New York – Approximately one million people have been displaced by the mounting crisis in northern and western Iraq. The deteriorating security has left some 250,000 women and girls – including nearly 60,000 pregnant women – in need of urgent care.

There are also fears that an estimated 20,000 women and girls could face an increased risk of sexual violence.

“We must act immediately to ensure that women and girls are protected from sexual violence,” said UNFPA’s Executive Director, Dr. Babatunde Osotimehin.

UNFPA estimates some 1,000 pregnant women will encounter life-threatening complications each month. But with health facilities in affected areas facing critical shortages in supplies and staff, access to maternal health services could decline, and the number of unassisted childbirths is expected to rise.

The recent displacement has added to an already enormous humanitarian caseload.

Approximately one million people were already displaced from previous conflicts, making Iraq’s current situation “one of the largest internal population displacements in the world,” according to a 26 June report by the UN Assistance Mission for Iraq (UNAMI). Additionally, over 220,000 Syrian refugees are seeking shelter in the country, the report said.

People have been pouring into areas like Erbil, the report noted. A UNFPA assessment in the Erbil Maternity Hospital found that needs have doubled since the beginning of the crisis, with more than 50 normal deliveries and up to 20 Caesarean sections taking place every day. Women were being discharged from the hospital only three hours after delivery.

In response, UNFPA provided the Erbil hospital with reproductive health and delivery kits containing enough supplies to provide emergency obstetric care for up to 1,200 deliveries. But these kits will only meet needs for a few weeks.

UNFPA has also deployed social workers to support the needs of pregnant women in the Khazar Camp, where humanitarian agencies estimate hundreds of families are seeking shelter.

UNFPA has also distributed dignity kits, which contain basic hygiene supplies, to more than 2,000 women and girls in camps and host communities in Dohuk Governorate – where some 5,525 families have sought refuge, according to the UNAMI report. Safe spaces for women and services to address gender-based violence are also being created in the camps.

As the conflict escalates, the needs of women and girls are expected to grow.

UNFPA requires an estimated $6.5 million to serve over 200,000 affected women and girls with reproductive health services, psychosocial support and efforts to address gender-based violence through the end of the year.

“We are redirecting our resources, including ?our surge capacity and available stocks,” said Dr. Osotimehin. “However, given the potential enormity of this crisis, we would require financial assistance in order to be able to sustain and scale up our humanitarian activities and those of our partners.” 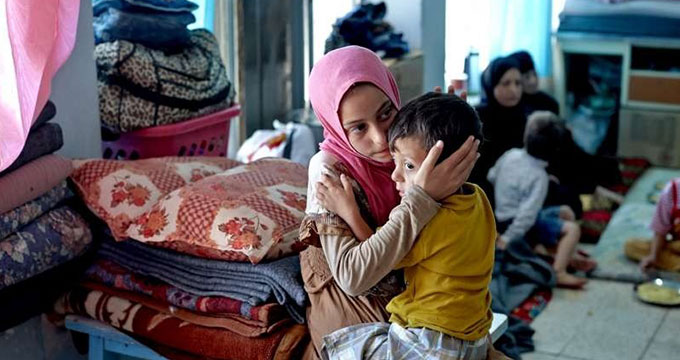