“The destruction is beyond imagination. Schools, hospitals, roads and houses were destroyed,” described UNFPA security assistant Ruba Farah, who accompanied the UN convoy to eastern Aleppo. 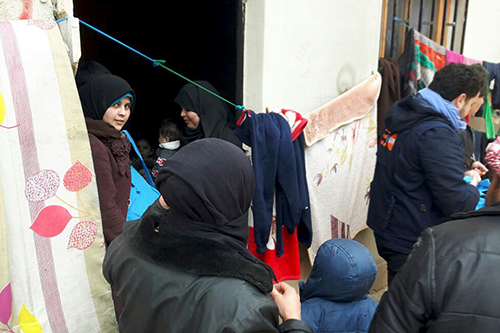 UNFPA is scaling up support for women's health services, and working to improve protection. © UNFPA Syria

Sexual and reproductive health services have been severely strained because of shortages of obstetricians and gynaecologists.

Shelters are overwhelmed and under-resourced, with many lacking electricity, streetlights and sufficient accommodation. Lack of privacy, with multiple families sharing rooms and toilets, may leave women and girls vulnerable to gender-based violence.

Local aid organizations are understaffed, with many staff members having fled, died or had their movement restricted.

And there is an acute need for hygiene supplies, including soap and menstrual pads, as well as warm clothes and blankets to withstand the bitter winter cold.

UNFPA joined needs assessment missions to the eastern part of the city as soon as the devastated neighbourhoods became accessible to humanitarians. Among the estimated 1.5 million people in Aleppo, UN agencies have gained access to about 400,000 displaced people, according to recent figures. 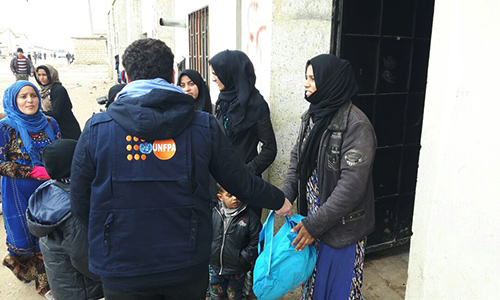 UNFPA assesses the needs at a shelter in Aleppo. © UNFPA Syria

“The city seemed so dark,” reported Ms. Farah, who grew up in Aleppo. “I couldn’t recognize the streets nor the neighbourhoods, although I used to play there every day when I was a kid. War has changed everything.”

Many residents have long been deprived of health services. Health facilities are “stretched beyond limits,” according to UN findings.

A mass evacuation took place after the fighting ended; UNFPA and its UN partners observed the mass movement and provided aid. Hundreds of thousands of displaced people continue to require life-saving assistance.

In December 2016, UNFPA, with its partners, provided health services to over 13,000 people in Aleppo. These services focused heavily on reproductive health care and emergency obstetric and neonatal services.

UNFPA is currently working to scale-up its efforts in response to the needs observed. 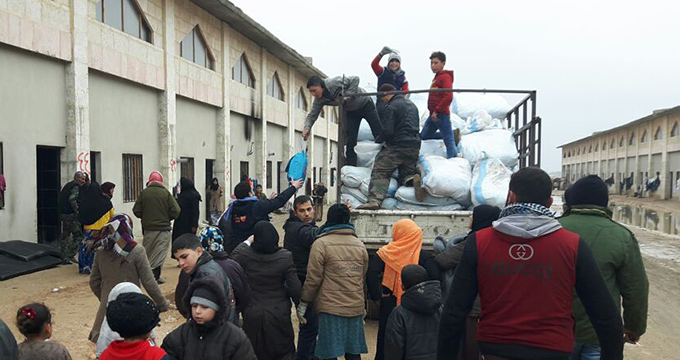