MWANZA, Malawi – Chief Mwanza knows all too well the opportunities that are lost when girls are married off as children. She was married when she was only 14 years old.

Born Chalendo MacDonald in 1952, she had wanted to complete her education. But when her grandmother, who was raising her, passed away, she was married off to a local leader known as the group village headman.

Then her sister, a high-ranking traditional authority, died, and Chalendo inherited the position. She became Chief Mwanza, one of a small number of female chiefs in Malawi. She presides over 760 villages and 170 group village headmen – including her husband.

She did not forget the hardships that fell to her, and girls like her, when she rose to power. She insisted that girls be educated and called for enforcing laws against gender-based violence. She also banned harmful practices like child marriage.

“I have made sure I will never see [these] practices happening here again,” she said.

Her efforts are transforming the community.

Between 2012 and 2016, more than 1,300 girls returned to school – most of them had dropped out because of marriage or motherhood.

“We have made sure that in our community, both boys and girls have the same opportunity to stay in school,” said Mussa Jackson, chair of a local development committee.

Female chiefs in the lead

In Malawi, some 47 per cent of women reported being married off while they were still children, according to a 2015-2016 survey.

But efforts to secure the rights of women and girls are increasing – with female chiefs taking the lead.

Between 2012 and 2016, leaders like Chief Mwanza and Chief Kachindamoto worked with the Gender Equality and Women’s Empowerment project, funded by the European Union and UNFPA, to promote women’s and girl’s rights. The programme supported girls’ education and encouraged action to end gender-based violence and promote women’s rights.

In addition to banning child marriage, Chief Mwanza eliminated two types of initiation rites, Namkwanya and Kamano. The Kamano dancer would beat women and girls along his path, while the Namkwanya dancer, “could come to pick a girl to have sex [with], and he would do that with all the initiates, while wearing his mask to hide his identity,” the chief explained.

Since 2013, her administration has resolved 507 cases brought by women and 37 by men. Cases range from failure to support one’s family or pay school fees to physical violence. Smaller infractions result in fines, which are paid to complainants.

Forty-four serious complaints have been referred to police. Nine people have been convicted of rape and are serving prison sentences. “We have cases where [men] are serving jail time of more than seven years because of rape,” said Chief Mwanza.

Empowered to make a difference

UNFPA is helping to promoting the success of Chief Mwanza’s methods among other leaders. “We have seen that models and initiatives implemented in this community are sustainable,” said Beatrice Kumwenda, a gender specialist with UNFPA.

Traditional authorities from Ethiopia even invited Chief Mwaza to share her experiences. “When I shared the work I do in Addis Ababa, a lot of people were interested to come see what I am doing,” she said.

She has also been visited by Queen Best Kemigisa, of Uganda’s Toro Kingdom, and by international women’s and children’s advocate Graça Machel.

“I find it hard sometimes, because colleagues surrounding me are not [at the] forefront to fight these practices, and [this] makes it easier for perpetrators to run [away] or relocate to a nearby village that is outside my jurisdiction, where they will not be taken to task,” she said. “It would be proper if we collaborated well with [chiefs] from surrounding [areas].”

Despite these challenges, she remains committed to her efforts, showing her community – and the world – the difference an empowered woman can make. 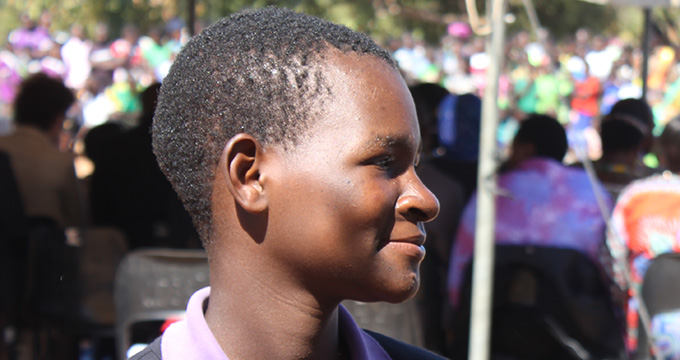