In war-torn Yemen, a devastating childbirth injury, then a glimpse of hope

SANA’A, Yemen – Shaima, 20, has experienced more than her share of suffering. Displaced by conflict, she was married off at 14, then endured pregnancy after pregnancy before her body was ready. She developed devastating complications in childbirth, including an obstetric fistula  – a traumatic injury that can have lifelong consequences.

On Wednesday, the world will observe the International Day to End Obstetric Fistula, which calls for action to end the marginalization and inequality that perpetuate this preventable injury. 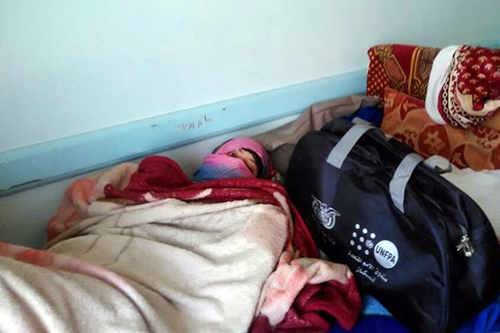 An obstetric fistula is a hole in the birth canal caused by a prolonged, obstructed labour. Left untreated, it can cause incontinence, infections, pain and a host of other problems – including social isolation, stigma and depression.

Girls who are pregnant too early, such as child brides, are especially vulnerable to this affliction, as are women who are malnourished. Malnutrition and recourse to child marriage are both on the rise in Yemen, where grinding conflict has uprooted communities, increased extreme poverty and caused the health system to collapse.

After the conflict forced Shaima’s family to flee from Sa’ada to the capital city, Sana’a, her impoverished parents married her off.

“In our community, girls are married off at a young age, like 9 or 10,” Shaima told UNFPA. “For me, I was 14 and it was considered late. I did not have a choice but to marry the first one who offered to take me. So, I wedded a widower.”

Her husband was in his 30s. Shaima was pregnant by the time she was 15, but she suffered a miscarriage. 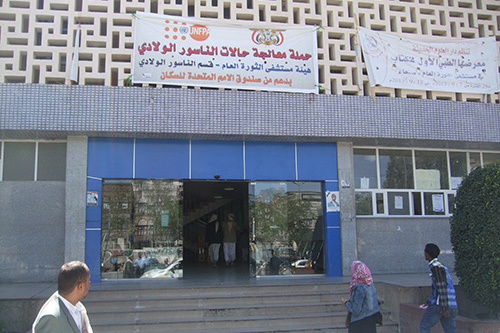 UNFPA has helped to establish two fistula-treatment units in Yemen, including at Al Thawara Hospital in Sana'a. © UNFPA Yemen

She quickly became pregnant again, but her husband could not afford to send her to a hospital during childbirth. A neighbour helped her deliver at home, but the process was prolonged and excruciating. She developed an obstetric fistula.

And then she became pregnant once more. Again, she delivered at home. The condition worsened, as did her pain.

Shaima is not alone.

More than 2 million women in sub-Saharan Africa, Asia, the Arab region, and Latin America and the Caribbean are estimated  to be living with fistula, and some 50,000 to 100,000 new cases develop annually. Yet the condition is almost entirely preventable with access to emergency obstetric care – in particular, Caesarean section.

UNFPA works around the world to help expand access to sexual and reproductive health care, including emergency obstetric care. UNFPA also supports surgical repairs for fistula survivors, and helps reintegrate survivors back into the community.

In Yemen, UNFPA has supported the establishment of two fistula units, including one at Al Thawara Hospital in Sana’a, where 28 fistula surgeries were successfully treated, free of charge, in recent months.

And in the south, 90 percent of fistula surgeries were undertaken with support from UNFPA. UNFPA has also created and strengthened a network of community volunteers, midwives, reproductive health workers and fistula experts from most of the governorates to help fistula survivors receive the services they need. 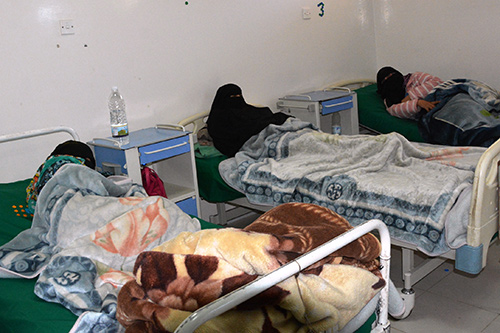 Shaima was one of these women.

After enduring months of pain, her family was finally able to send her to a local hospital. From there, she was referred to Al Thawara Hospital, where she successfully underwent fistula repair surgery. 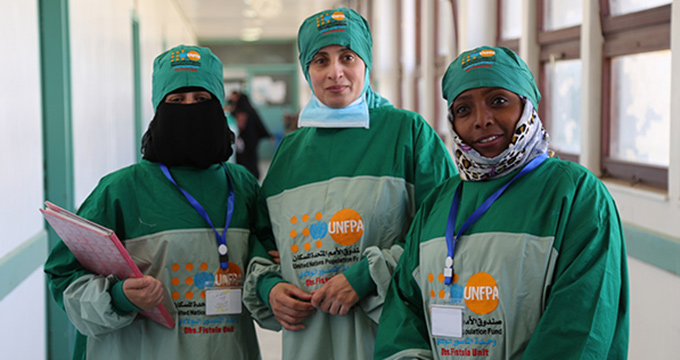 In war-torn Yemen, a devastating childbirth injury, then a glimpse of hope