The ICPD Programme of Action was adopted on 13 September 1994. It set out to change the world for women and girls. Find out how much of this promise has been fulfilled.

UNITED NATIONS, New York – Twenty-five years ago, at the International Conference on Population and Development in Cairo, 179 governments adopted a visionary Programme of Action that aimed to safeguard the health and rights of women and girls and to promote their empowerment.

Although important gains have been made, many of the goals laid out in that document have not been met.

Below is a status report on five ways the Programme of Action set out to change the world for women and girls.

Instead, between 1990 and 2015, global maternal mortality fell by roughly 40 per cent  – a significant decline, but far short of the goal.

The great majority of maternal deaths are preventable with proper antenatal care, skilled delivery at birth, post-partum care, and access to emergency obstetric care if complications arise. Yet these interventions remain out of reach for too many.

Nine countries did, in fact, reduce maternal deaths by at least 75 per cent, a sign that it is possible – with the right efforts, resources and political will.

Today, UNFPA is urging all countries to aim even further, calling for an end to all preventable maternal deaths, everywhere in the world.

2. Eliminating violence against women and girls

The ICPD Programme of Action called for countries to “take full measures to eliminate all forms of exploitation, abuse, harassment and violence against women, adolescents and children.”

A woman has a 1 in 3 chance of experiencing physical or sexual violence in her lifetime. An estimated 18 per cent  of women have experienced physical, sexual or psychological violence at the hands of a partner in the past year alone.

These numbers offer a stark appraisal of the world’s commitment to the welfare of half the human population.

Since then, there have been global efforts to raise awareness of the consequences these practices have for girls’ bodies, lives and futures. As a result, the rates of both child marriage and female genital mutilation have fallen in the past 25 years.

In countries with a high prevalence of FGM, the proportion of girls cut has fallen from 49 per cent in 1994 to 31 per cent  today.

Yet because of population growth, the absolute numbers of girls affected by these practices are actually believed to be growing.

Family planning empowers women and girls to become educated and employed; it is essential for reducing poverty, advancing gender equality and lowering the incidence of pregnancy-related deaths.

Leaders at the ICPD recognized this. They called for countries to “seek to provide universal access to a full range of safe and reliable family-planning methods”.

Access to voluntary family planning has indeed grown since 1994. In the least developed countries, modern contraceptive prevalence has more than doubled among women who are in a relationship and want to avoid pregnancy – from 15 per cent to 37 per cent.

But access to reliable, modern family planning is still far from universal.

Today in developing regions, more than 200 million women who want to avoid pregnancy are not using safe and effective family planning methods. The reasons range from lack of access to information or services to lack of support from their partners or communities.

This continued unmet need undermines women’s ability to build a better future for themselves, their families and their communities.

Twenty-five years ago, the Programme of Action urged governments to “accelerate women’s equal participation and equitable representation at all levels of the political process and public life”.

Here, women and girls have seen some strides – but not enough.

The world has embraced a growing number of female heads of state, including Angela Merkel in Germany, Ellen Johnson Sirleaf in Liberia and Michelle Bachelet in Chile.

Still, leadership roles are overwhelmingly held by men. Today, less than a quarter of parliamentarians around the world are women. And the percentage of Fortune 500 CEOs who are women has grown  from 0 per cent in 1995 to just 5 per cent last year.

“Women and girls have waited long enough,” UNFPA Executive Director Dr. Natalia Kanem said during a review of progress made since the ICPD. “It is time for all of us to pick up the pace.”

This November, the governments of Kenya and Denmark, together with UNFPA, will convene the Nairobi Summit on ICPD25 to mobilize the political will and financial commitments to fully implement the Programme of Action.

The high-level summit will bring together a broad coalition – from heads of state and ministers to technical experts, grassroots organizations, activists and others – to accelerate efforts to finally deliver on the promise of the ICPD. 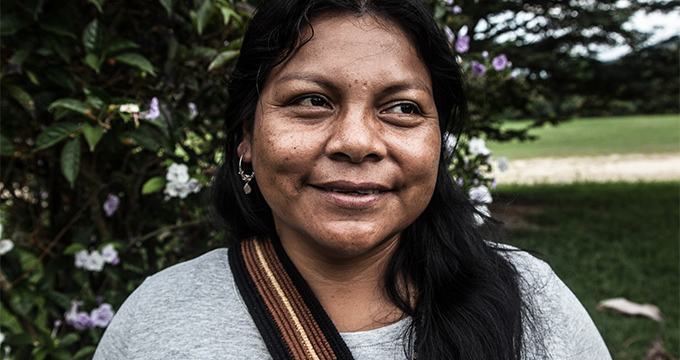