Organized by the government’s Women and Children Department, UNFPA and the Cricket Association of Kapilvastu, the games were meant to raise awareness about the harms of child marriage. 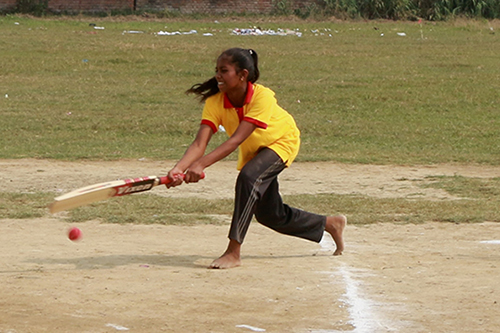 Messages about child marriage were delivered over the loudspeaker by Mr. Shrivastav, alongside his gripping commentary about the game.

It was the first event of its kind, said Cricket Association of Kapilvastu Chairperson Prakash Gaire, who noted that the effort to end child marriage must use every means available – “including cricket.”