Yet many conservative, rural communities have resisted publicly discussing topics that would improve the health and rights of young people – including adolescent pregnancy, gender-based violence and sexually transmitted infections like HIV.

This silence can have devastating implications. Swaziland has an HIV prevalence rate of 28.8 per cent – one of the highest such rates in the world – according to 2015 data from UNAIDS. And some 87 out of every 1,000 girls, aged 15-19, give birth in Swaziland, according to 2016 data from UNFPA. By comparison, the global figure is 51 births per 1,000 girls.

Traditional leaders like Ms. Obed have significant influence over the health and rights of young people in their communities. For this reason, UNFPA’s Safeguard Young People programme has begun working closely with traditional leaders, gaining their support to bring life-saving sexual and reproductive health information and services to the country’s youth.

Embraced by the community

Safeguard Young People – a programme being implemented in eight Southern African countries – uses a wide range of approaches to strengthen the health and rights of vulnerable young people.

With funding from the Swiss Agency for Development and Cooperation, it helps youth avoid child marriage, return to school, obtain skills training, and access sexual and reproductive health services and information. Young people also learn how to prevent unintended pregnancy and sexually transmitted infections like HIV, and they are exposed to messages about human rights and gender equality.

Traditional leaders in 13 chiefdoms – include chiefs, their councils of advisors, as well as community leaders – have been engaged in implementing this programme. UNFPA and partners, including Khulisa Umntfwana and the Swaziland National Youth Council, worked closely with them to ensure Safeguard Young People’s messages and services would be embraced.

Thanks to these efforts, none of the traditional leaders were reluctant to see the programme implemented. Instead, they have welcomed the opportunity to create supportive services and disseminate information to youth. Many have re-evaluated their preference for abstinence-only education, for example.

“We appreciate the Safeguard Young People Programme,” Mr. Obed said, adding, “We need to scale up the programme so our young people can have a good future with good opportunities.”

About 300 peer educators have been trained since the initiative started in Swaziland. These educators have gone on to reach more than 90,000 youth in their communities, with a specific focus on adolescent girls.

The programme also uses traditional ceremonies as a way to reach youth.

Before the annual Reed Dance, for example, community leaders hold local-level dialogues for the young attendees, providing information about avoiding pregnancy and sexually transmitted infections, as well as how to access reproductive health services.

Petros Dlamini, from the Swaziland National Youth Council, said that the programme has been effective and should be expanded to other regions.

“As a council, we would like to replicate the Safeguard Young People programme in Swaziland’s three other regions,” he said, “because we have already seen such success with our young people.” 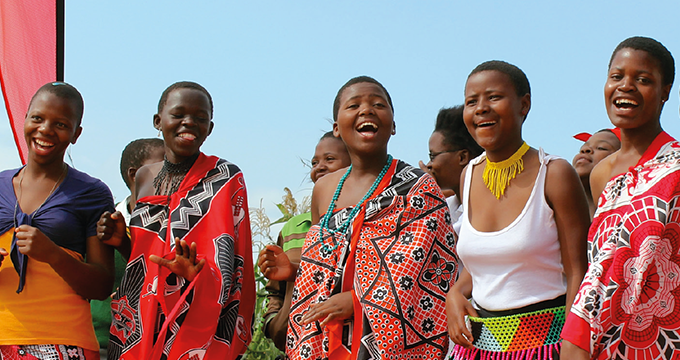