Three girls, three stories: The perils of child marriage and the promise of freedom

BELGRADE, Serbia/LAGHMAN PROVINCE, Afghanistan/ESKİŞEHİR, Turkey – How much is a girl worth? If you are Maja, the answer is a chicken, a six-pack of beer and €100. That is how much her family, living in a Roma settlement in Serbia, received in exchange for her hand “in marriage.” She was 11 years old at the time. “They benefited maybe a month from it, and I was left with a problem for my whole life,” Maja, now 18, said. “My three sisters didn’t do much better. One gave birth when she turned 13. They were not sold, but they ran away from our mother at an early age. I was the only one who was sold.”

According to a 2019 Multiple Indicator Cluster Survey, nearly 56 per cent of women aged 20-24 in Roma settlements in Serbia were married before the age of 18, while almost 16 percent were married before 15. And in a 2017 study on migrant women in Serbia conducted by UNFPA and partner NGO Atina, 52 percent of participants could not choose when and to whom they would marry. The average age of girls entering marriage was 17.5 years old; the youngest was seven. One participant explained how partners are chosen: “How can you, as a girl, know who would be a good partner? This is on your family to decide.”

For child brides everywhere, the consequences are devastatingly predictable: their educations grind to a halt, stifling their ability to earn an income and continuing the cycle of poverty. They can suffer complications – even death – due to pregnancies and births their young bodies are not ready to handle; they are more vulnerable to gender-based violence; and they may develop mental health disorders that may lead to suicidal tendencies. To be clear: None of this is a result of a decision she made, not over her body, her present or her future.

At 15, Zulaikha*, in Afghanistan, was enjoying school and wanted to become a doctor. But her poverty-stricken family arranged her marriage to an older man nearly twice her age. Despite her protests and the fact that the intended bridegroom was unemployed, she was forced to marry against her will.

Almost immediately, Zulaikha was no longer permitted to attend classes. Zulaikha’s husband began taking out his anger and frustration on her. He beat her almost daily, and in fall 2019, she went to the provincial hospital in Laghman Province for a fractured eye socket and damaged back. In the emergency ward, she was identified as a victim of gender-based violence. At the hospital’s family protection centre, and through the family response unit, both established by UNFPA, Zulaikha received psychosocial and legal support, as well as skills-training. Her husband was ultimately convicted for abuse and sentenced to six months in prison. “No girl should be stopped from what she dreams,” she said. “This is the right of every girl: To decide her future.”

If Fethiye, 16, and her family had not fled to Turkey from Iraq in 2017, she would be a wife and school dropout by now.  “In our culture, girls get married at an early age,” she said. “This is very common, especially if the girl is out of school.” She grew up in a world in which girls were denied equal access to  education, and were often forced by families and communities to stay at home.

When the family arrived in Turkey, “the first months were so difficult. I didn’t speak or write the language,” she recalled. “My family felt insecure and didn’t even let us go outside. They didn’t even plan to send us back to school.” Then they were connected to a UNFPA-run women and girls safe space, which held an orientation for refugees and migrants. “A ray of hope arose, but after was beyond that I imagined,” she said. The centre convinced her parents that Fethiye should continue her studies without being a wife to anyone. “My parents trusted the centre and acknowledged that their services were beneficial, if not life-changing. I not only learned how to speak Turkish but started courses to finish secondary school remotely. I have attended theatre and archery courses and made many friends. I have gained my self-confidence back.”

Today, Zulaikha is 17 and runs a tailoring business, training other women so they, too, can become financially independent. Fethiye dreams of attending university and working in a field that allows her to help others. And for Maja, who escaped her traumatic past at 14 with the help of Atina, the future looks brighter than it ever has. “The most important thing in life is to have peace and freedom. All the rest will come,” she said. “After everything that happened to me, I know I can manage only if I am free.” 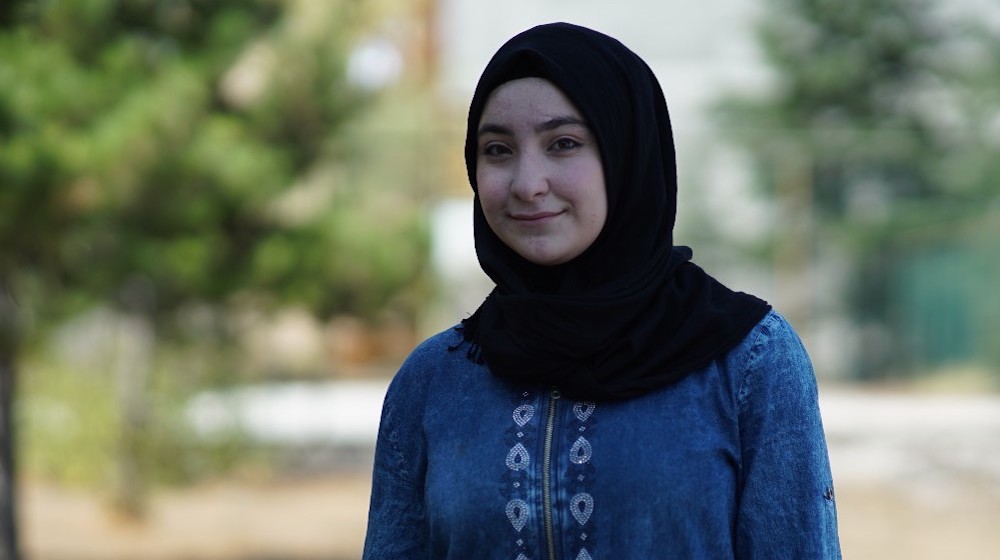 Three girls, three stories: The perils of child marriage and the promise of freedom