MORODIJEEX – It was early morning when a young sheikh, Abdi Iidan, and his wife joined the long queue leading to a tent in Morodijeex, in north-western Somalia. Mr. Iidan stood out from the crowd; women dominated the queue.

They were seeking reproductive health services, offered through a UNFPA-supported campaign targeting marginalized populations. The health tent in Morodijeex was located near a settlement for displaced people.

Mr. Iidan had come to support his wife’s decision to use family planning. “I accompanied her to ensure that we access birth spacing services. I want us to have some space before we have another child.”

He explained that health services can be difficult to access: “My wife had a rough time giving birth recently, and she had to be transferred to a hospital a long distance away from here to undergo a Caesarean section.”

The need to travel long distances for basic or life-saving care is all too common in Somalia, which continues to face one of the largest and most complex humanitarian emergencies in the world. 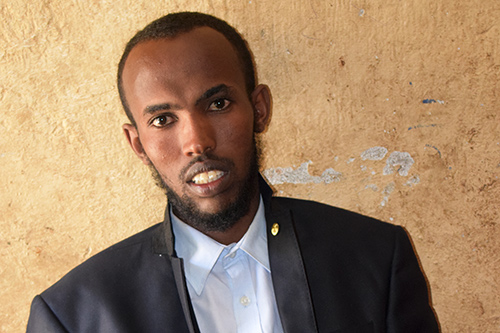 Stretching over the past 20 years, the crisis has critically weakened the country’s health system. Today, Somalia has one of the highest maternal death rates in the world; women have a 1 in 22 lifetime risk of dying from a pregnancy-related cause.

UNFPA provided technical and financial support for the outreach campaign, which was run by the Ministry of Health. The initiative aimed to complement the care available at 11 UNFPA-supported health facilities in the north-west, said Layla Mohammed Hashi.

“We sensitize people about the campaigns” so that people know where to go and what to expect, explained Ms. Hashi, a UNFPA analyst.

The kinds of care provided – including sexual and reproductive health information, family planning counselling and contraceptive supplies – can be sensitive.

But Mr. Iidan said he consulted an Islamic scholar on the use of modern family planning,  and he and his wife were given the go-ahead.

“I went to seek advice from a scholar who knows a lot about Islam and has personally trained me. According to Islam, modern birth spacing methods are permissible as long as no forbidden acts are performed in order to achieve it and as long as the procedure will not cause damage to the reproductive organs nor would it lead to permanent sterilization,” Mr. Iidan said.

The five-day campaign also provided antenatal and postnatal care, screenings and treatment for sexually transmitted infections including HIV, and referrals to specialized care for obstetric fistula and other complications. 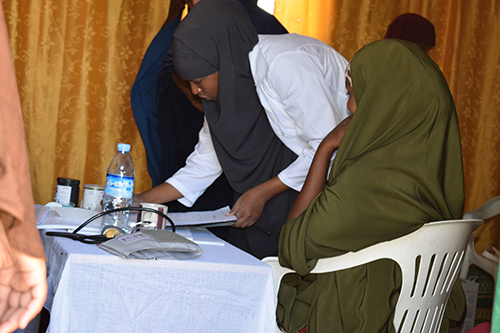 Over 8,700 people were reached by the campaign. © UNFPA Somalia

It also addressed issues such as female genital mutilation and gender-based violence.

“We set camp near business centres and market places so as to attract more people,” said women's health expert Ugaso Jama Gulaid. "We were referring the serious cases to main hospitals for further treatment."

The effort reached over 8,700 people, she added.