Yet these inequalities are not simply a matter of wealth. Social, racial and political inequalities are all mutually reinforcing, trapping people in a cycle of poverty and marginalization, says the report.

And around the world, gender amplifies these inequalities. Too many women and girls do not have access to sexual and reproductive health care, which means they are unable to receive family planning services or antenatal care, and may be forced to give birth in unsafe conditions.

Pressed into motherhood early, or repeatedly, these girls and women are more prone to maternal injuries, disabilities or even death. They are less able to finish their educations or enter the paid workforce, leaving their families poorer and their children with bleaker futures.

But there are clear steps that can help level the playing field. Below are 10 actions to create a more equal world. 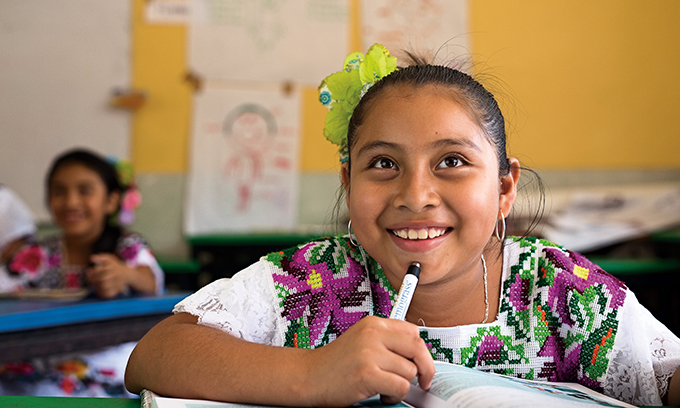 Countries can do more to uphold equal rights. © Mark Tuschman

1. Meet all commitments and obligations to human rights agreed in international treaties and conventions.

All countries must uphold the rights to work, education and health – including reproductive health.

These rights are articulated in the Universal Declaration of Human Rights, the Convention on the Elimination of All Forms of Discrimination Against Women, the 1994 Programme of Action of the International Conference on Population and Development, as well as other widely agreed human rights documents.

Even countries that are party to these agreements can do more: They can embed equal rights into their national laws and norms. Making equality a legal principle, especially at the highest level, such as a constitution, can lay the groundwork for ending discriminatory laws and practices. 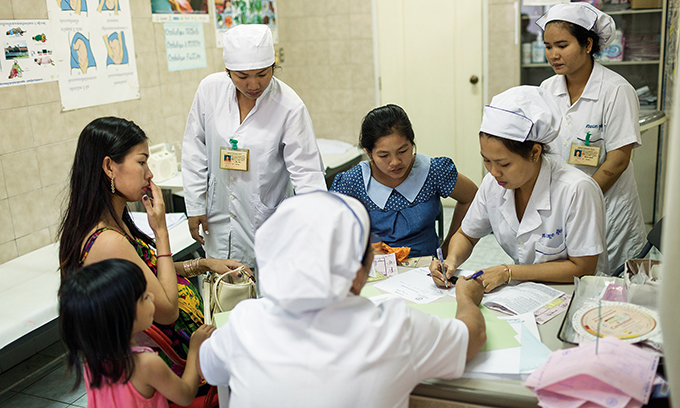 2. Tear down barriers that prevent young women from accessing sexual and reproductive health information and services.

Sexual and reproductive health care does much more than preserve women’s and girls’ health. It enables them to become educated, employed and empowered. Yet discriminatory laws, norms and gaps in health care keep too many from receiving these services – or even information about these services.

Obstacles are perhaps highest for adolescents, who can face stigma or even legal barriers when trying to access information, contraceptives and other sexual health care.

The consequences are dire: Every year in developing countries, some 7.3 million girls give birth before reaching age 18. And only a quarter of young women know enough to protect themselves from HIV, even though a majority of new infections take place in young women and girls.

Health services must break down the barriers to care, for example by providing young people with free and confidential care and specially trained counsellors, and by widely disseminating factual information. 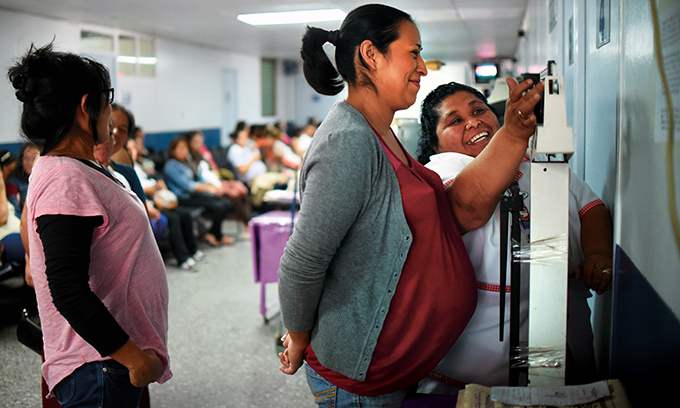 Every day, more than 800 women to die giving birth. These women are among the poorest and most vulnerable in the world – and they are just the tip of the iceberg. For every woman who dies of pregnancy-related complications, many more are injured or disabled.

Yet most of these tragedies are entirely preventable, and preventing them is a good investment. Studies show that improving antenatal and maternal health helps to boost economic productivity and lifetime earnings. 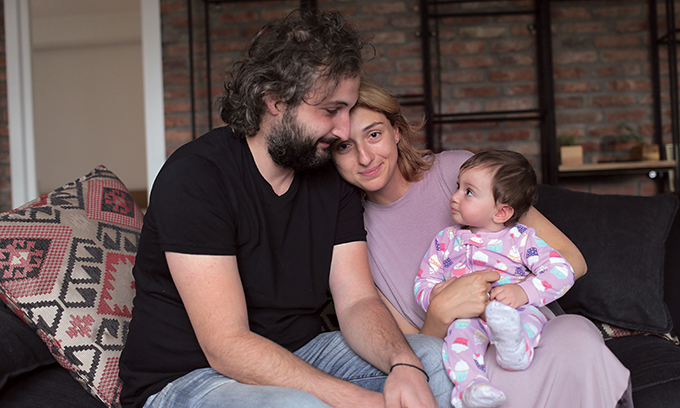 4. Meet all unmet need for family planning, prioritizing women in the poorest 40 per cent of households.

Access to safe, voluntary family planning is a human right. Yet every year, there are 89 million unintended pregnancies and 48 million abortions in developing countries.

These unintended pregnancies take a massive toll on women’s health and futures, not only increasing their risk of maternal injury or death, but also restricting their ability to join or stay in school and the workforce. 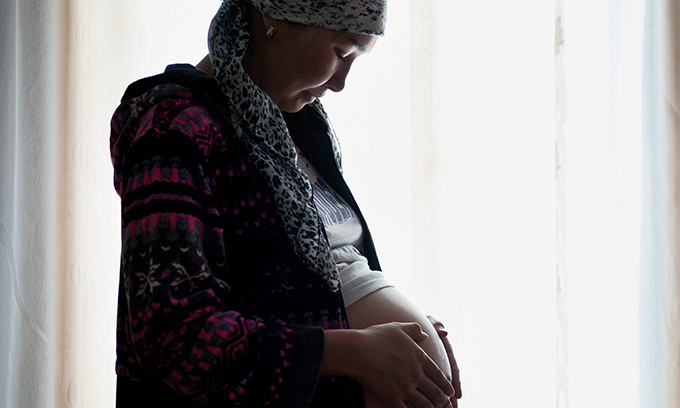 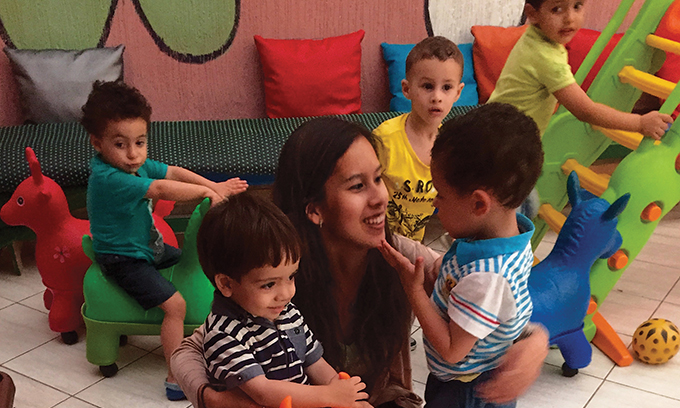 Childcare and other services can keep women in the workforce. © UBELONG

6. Bolster services, such as childcare, to enable women to enter or remain in the paid labour force.

Women face a long list of disadvantages in the workplace. They face more obstacles than men to higher-paying jobs, for example.  And when women have children, they are likely to encounter a “motherhood penalty,” in which they earn less than those without children. Many mothers are pushed out of the labour force entirely because they are not protected from discrimination, they lack maternity leave or they do not have affordable childcare.

But there are measures that can help keep women in the workplace. For instance, affordable childcare improves women’s workforce participation, as do maternity and paternity leave, and other options that provide flexibility for parents. 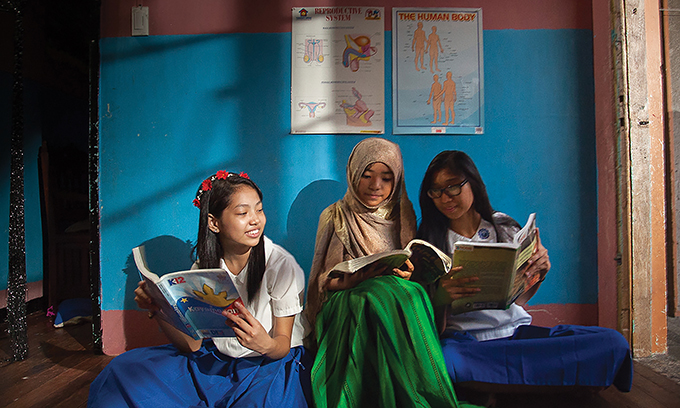 Invest in human capital, such as education and health care. © Froi Rivera

7. Adopt progressive policies aimed at accelerated income growth among the poorest 40 per cent, including through stepped-up human capital investments in girls and women.

To end extreme poverty, the poorest 40 per cent of people must see faster income growth. This requires major investments in their human capital.

Improving the accessibility and quality of education and health services, particularly for marginalized girls and young women, is an important step towards this goal. 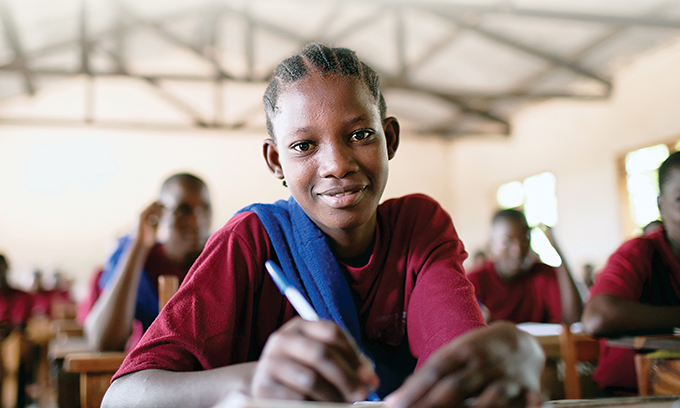 8. Eliminate obstacles to girls’ access to secondary and higher education, and to their enrolment in courses in science, technology, engineering and mathematics.

Despite years of progress, girls are still more likely than boys to be out of school at the primary level. This disparity worsens at the secondary level.

But there are a variety of actions that can improve girls’ retention rates, including: eliminating school fees or providing subsidies to poor families; ensuring schools are safe and have separate sanitary facilities for girls; and providing school meals.

Education must also be seen as a path to decent work for all children. This means eliminating gender biases that block women and girls from pursuing so-called STEM jobs – roles in science, technology, engineering and mathematics. Women have strikingly low STEM participation, yet many future jobs will be in these fields. 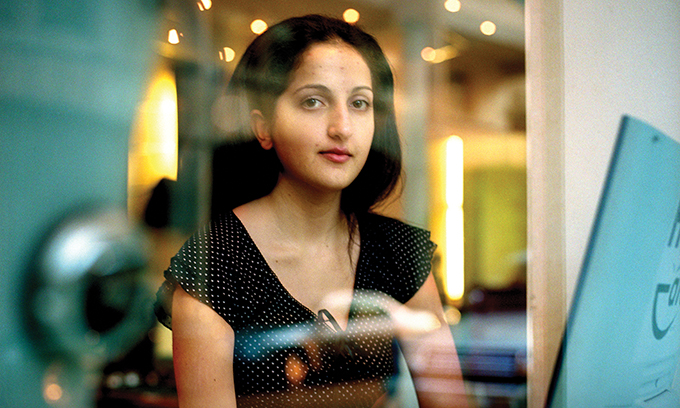 Many of the world's poor are working informally, with little pay and few protections. © Alfredo Caliz/Panos

9. Accelerate the transition from informal jobs to formal, decent work – focusing first on sectors with large concentrations of poor, female workers – and unblock women’s access to credit and property ownership.

Many of the world’s 1 billion impoverished people are working informally, as subsistence farmers, domestic servants or day labourers. These jobs provide no benefits, little pay and few, if any, protections.

Transitioning these vulnerable workers to formal jobs with decent pay would improve productivity and strengthen economies. Reducing women’s unpaid caregiving responsibilities – by having men share these roles or by providing care services – would also make a significant difference.

Increasing access to low-cost banking and credit would also help eliminate poverty. Special attention must also be paid to vulnerable women, who may have social or legal obstacles to inheriting or generating wealth.

Inequalities are not well understood or considered in public policy. © Tommy Trenchard/Panos

10. Work towards measuring all dimensions of inequality and how they influence each other, and strengthen links between data and public policy.

Inequalities are poorly understood and often invisible. Yawning gaps in wealth and vast gender disparities are hidden in gross domestic product, for example, which fails to account for an estimated $10 trillion a year in women’s unpaid work.

Better measurements are needed to illustrate the reality of today’s unequal world. And this new data must inform policymaking so that efforts are aimed directly at those enduring the worst conditions and the greatest vulnerabilities, those who have been left furthest behind.