LILONGWE, Malawi – Isaac Zatha, the headmaster of Chapita Primary School in the Malawian district of Salima, spent years watching his girl students disappear from class when they were married off or became pregnant. “Every month, I would receive a report of a girl dropping out and by the end of the term, the numbers were significant,” he recounted.

Boys also dropped out, but the trend was much more worrying for girls. In the 2013-2014 school year, four girls became pregnant and left. The next year, five more girls dropped out. The year after that, another four.

“The community leadership seemed resigned to the fact that it was okay for girls to marry early,” Mr. Zatha said.

“I knew for this to change, it had to start with the community itself accepting that a girl child’s education was as important as that of boys,” Mr. Zatha told UNFPA.

Four years ago, things began to change when a programme to keep girls in school was introduced in the local community.

Known as the Joint Programme on Girls' Education, the programme was launched in the areas of Dedza, Mangochi and Salima. It is implemented by UN agencies, under the guidance of community members including teachers, parent-teacher committees and mothers’ groups, with funding from the Government of Norway.

UNFPA focuses on providing comprehensive sexuality education to students. These lessons include not only information about how to prevent unintended pregnancies and sexually transmitted infections, but also education about gender equality, human rights and the value of delaying marriage until adulthood.

The World Food Programme supports a school feeding programme, which creates an incentive for vulnerable families to keep their children in school. UNICEF also works to strengthen the quality of education and the safety of the school environment.

“These activities are very important as they are addressing some of the key issues that were leading to girls dropping out of school,” Mr. Zatha said, who has been working hard to make sure the programme is a success in his school.

The programme also works with community members. Groups of mothers have been trained to provide counselling and outreach to girls who have left school, as well as to their families, with the goal of having girls resume their studies.

“Ours is a difficult job,” said Eunice Mphambo, chairperson of the Chapita mothers’ group. “Sometimes we are chased away by parents who don’t agree with our work. But we keep on approaching them until they understand that what we are doing is for the good of their child.”

Ms. Mphambo is passionate about the work. Her own education ended early, and she takes pride in seeing other girls avoid that fate.

“Sometimes people question my commitment to work all these years for free, but I can’t express how I feel every time we get a girl back to school,” she said.

“One of the girls we helped withdraw from early marriage while in primary school is now at high school. This year, she will write her senior exams,” Ms. Mphambo added. “I am hopeful she will do well and inspire more girls in this community to work hard in school.”

Fifteen-year-old Laureen Tomasi was recently helped to return to school after marrying her boyfriend. “I committed to go back to school and work hard so that I can help my mother out of poverty,” she said.

Mr. Zatha and Chapita Primary School are seeing the fruits of these efforts. Since the 2017-2018 school year, not one girl has become pregnant or dropped out of school.

But this is not their only success: The championing of girls’ education has contributed to a significant increase in girls’ enrolment at the school, from 751 in 2019 to 803 in 2020.

Today, UNFPA is implementing this programme in more than 160 schools in Malawi. 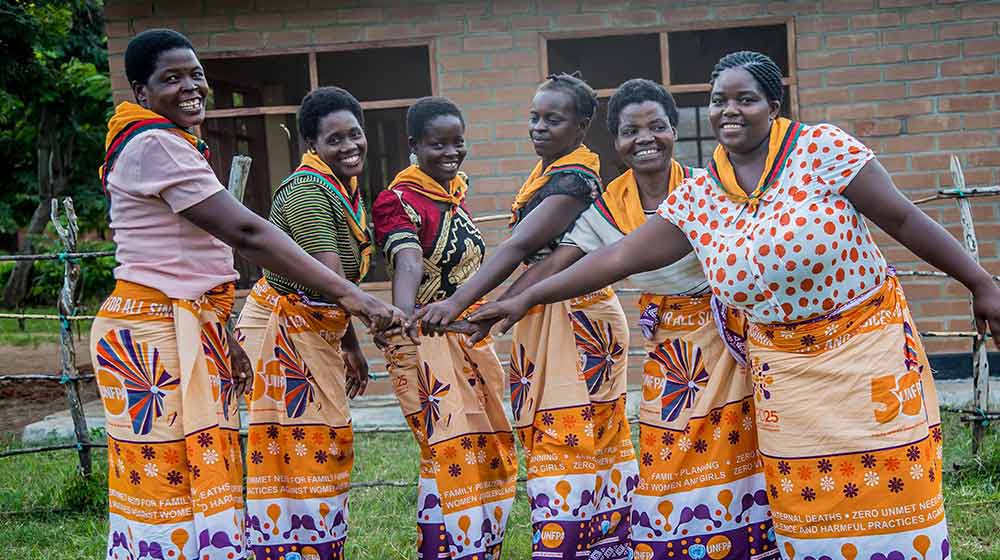