ISTANBUL, Turkey – For over three years after conflict broke out in their provence, 28-year-old Fatma Fayiz Dawi and her family remained determined to stay in their home in Syria, despite the violence raging around them. But then one afternoon, shortly after Fatma discovered she was pregnant with her third child, she went outside to hang some laundry out to dry, when a bombardment of their neighbourhood began.

One bomb exploded a large water tank just a few metres from where she was standing, propelling her to ground and leaving her completely deaf in her right ear and covered in shrapnel wounds.

She and her husband decided that was it, they had to leave. “I really do not know how I survived that explosion,” she says. “We left everything back in Syria – actually, nothing is left in Syria.”

Eventually, the family settled in a refugee camp in Turkey, but it was the middle of a cold winter, her husband couldn’t find work and the family had to survive on the meagre income her 10-year-old son made selling tea in the streets.

Six days after their new baby was born, Fatma’s husband left for Hungary, where he thought he could find enough work to send money back to them. After walking for two months, he made it to the border, only to be deported back to Turkey when he tried to pass through the border gate. Shortly after his return, he left for Greece. In his absence, Fatma had decided to take her chances in the city of Şanlıurfa, hoping to find more opportunities for employment and education there than in the camp.

However, her hope was greeted with another harsh reality. “Here we face social exclusion, bad treatment and many bad intentions,” she says.

But she and her children have found one source for support and community in the city, a UNFPA-supported Women and Girls Safe Space. “I get support, especially psychological support, from the Safe Space,” says Fatma. “This is how I get strength.” 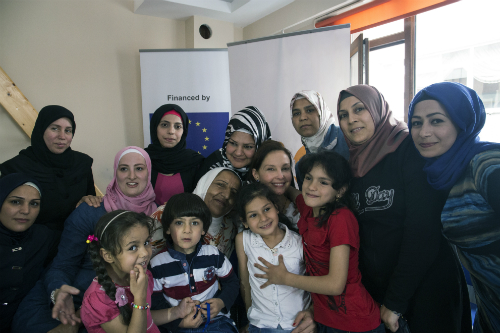 UNFPA Goodwill Ambassador Ashley Judd (centre) with women and children she met during a visit to a Women and Girls Safe Space in Istanbul. © UNFPA Turkey

The desperate need for services as displacement surges

With conflict and climate-related destruction surging around the world, 125 million people are currently in need of humanitarian aid and over 60 million people have been forced to flee their homes. From 23-24 May, leaders from around the world are convening in Istanbul for the first-ever World Humanitarian Summit to try to map a path to manage and stop this unprecedented upheaval and its human cost.

Today, over half of the world’s women and girl refugees live in cities, not in refugee camps, and over 3 million refugees – including 750,000 women of reproductive age, are currently living in Turkey. And so just outside the Summit’s walls, the streets of Istanbul are filled with the struggles and suffering those inside them are working to assuage.

Like Fatma, many refugee women in cities find themselves impoverished, isolated by language barriers and discriminated against, which increases their vulnerability to gender-based violence, trafficking and survival sex.

To aid them, UNFPA is supporting 20 Women and Girls Safe Spaces in the country's urban areas, where women and girls can receive primary and sexual and reproductive health services – including family planning, counselling, income-generation training, language classes, legal guidance and the opportunity to rebuild the community and networks they lost when they were forced to flee their homes. It’s also a place where their children can safely play and learn. Eleven of these spaces are funded by UNFPA's partner, European Union Humanitarian Aid and Civil Protection, also known as ECHO.

“Many of the refugees here have already had the chance to access a lot of UNFPA services, and their lives are showing benefits and the resilience that is inevitable when women can access sexual and reproductive health services and gender-based violence counselling and have a place for their kids to go,” says UNFPA Goodwill Ambassador Ashley Judd, during a visit to an Istanbul Safe Space, before she headed to the Summit.

Finding solace in the city 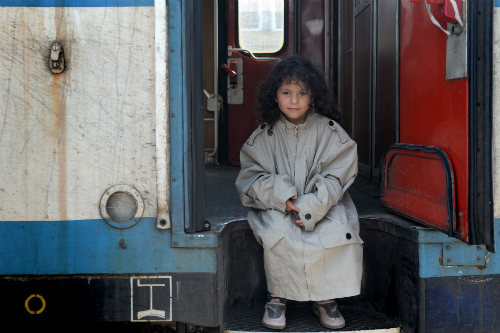 At the Safe Spaces, refugee children can safely partake in recreational and educational activities, like sports, dancing and photography. © UNFPA/Nake Batev

A Safe Space and the professional and community support it provides can make a critical difference as displaced women struggle to build – and dare to hope for – a future for themselves and their families in precarious and often bleak situations.

And while women and older girls receive the support they need, their children can partake in numerous educational and recreational activities, such as playing sports or learning photography. They are also encouraged to write group songs about their experiences and perform them along with dance routines, which helps them to bond and process their traumas – and to feel like children again.

“The lyrics were actually expressing their pain, loss, grief and hope around being a Syrian refugee,” says Ms. Judd, who was given a performance of one of the songs during her visit. “Some of the lyrics talked about the things they had experienced at home – violence, hunger, displacement. But they also talked about what they hoped for themselves, both here in Turkey, and ultimately, as in their dream, as refugees who get to return home to Syria.” 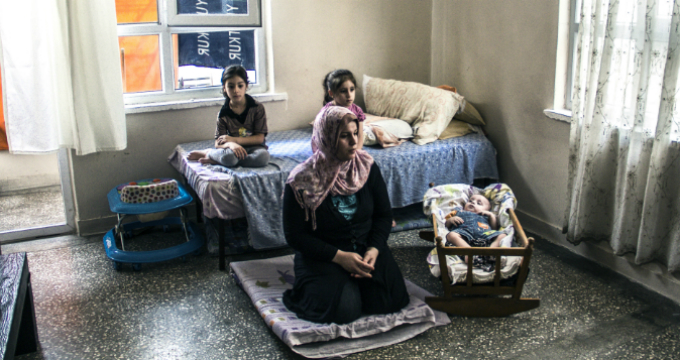