DAMAZIN, Sudan – Farina*, 50, in Sudan’s Blue Nile State, cannot remember how long ago she developed an obstetric fistula, a devastating childbirth injury that causes chronic incontinence, infections and, often, ostracism from the community.

Farina was married while just a teenager. Child marriage greatly increases the risk of experiencing obstructed childbirth, which, without timely treatment, is often deadly. Those who survive, like Farina, may develop an obstetric fistula.

The excruciating experience often also results in a stillbirth.

Farina had eight pregnancies, resulting in five living children. Yet it was only recently that she was able to receive treatment for her decades-old obstetric fistula.

“I feel comfortable now doing my daily activities,” she told UNFPA at the Damazin Maternity Hospital, where she receives care.

Obstetric fistula is completely preventable with timely treatment. Its persistence is a sign that health systems are failing women. Fortunately, access to quality maternal health care is improving in Sudan’s rural Blue Nile State, and, with it, the lives of women and girls.

Last week, UNFPA’s Executive Director, Dr. Natalia Kanem, visited Damazin and handed over a new, three-wheeled ambulance called a tuk-tuk to a local women’s group. The tuk-tuk will ensure rapid transport to the Damazin Maternity Hospital is available for all women in need.

"I can assure you that the women’s group will have full control of the tuk-tuk. They are in charge,” said a local sheikh, one of several elders attending the hand-over ceremony.

The tuk-tuk ambulance is one of 42 that will soon be operating across Sudan, part of a partnership between the UN Central Emergency Response Fund and UNFPA, which also supports services, including obstetric fistula repair, at the maternity hospital.

This improved transport to the hospital will make an immediate difference to women like Farina, who has had four fistula operations and multiple follow-ups, each one requiring hours of travel from her home.

It will also help women like Sara*, who just delivered a baby boy at the same maternity hospital. She needed a Caesarean section delivery, but had to take public transportation to get it.

Sara is happy that the delivery went well and that her recovery is on track. She is already looking forward to having another baby. “Now I have three boys, and I hope to have a girl in the next time,” she said, smiling widely.

Dr. Kanem spoke with new mothers like Sara, as well as midwives and community members about their needs.

Maternal deaths across Blue Nile are both high – somewhere around 116 deaths per 100,000 live births – and underreported, but UNFPA is working closely with partners to remedy this.

“The face of transition is female”

The trip was part of a broader tour of the country, during which Dr. Kanem observed progress in securing women’s and girls’ sexual and reproductive health and rights during the country’s democratic transition.

Dr. Kanem also met with Prime Minister Abdalla Hamdock, Foreign Minister Dr. Mariam Al-Mahdi and the ministers of health, social development, and youth and sports to express solidarity in the promotion of peace, health and gender equality. “Less than two years after the transition, remarkable progress has been made,” Dr. Kanem observed.

The country has undertaken a number of steps to improve the status of women and girls, including adopting legislation to criminalize female genital mutilation, repealing so-called “morality” laws that restricted women’s freedom and movement, and adopting the first national standard operating procedures to prevent and respond to gender-based violence.

One of the highlights of her travels, she noted, was witnessing the life-changing work of women in their communities, including the women’s group that will ensure the Damazin tuk-tuk benefits women and girls.

“To hand the keys to an empowered woman of that community,” Dr. Kanem reflected, “was a thrill.”

*A pseudonym is used 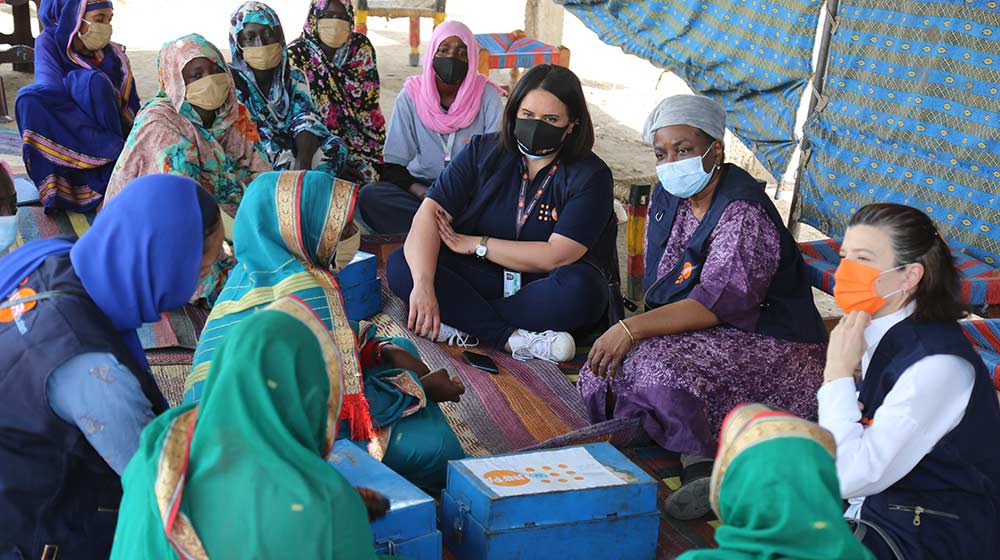