In Sudan, male partners critical in fight against FGM

Wad Sharefai Camp is in the eastern state of Kassala, where – as in much of Sudan – the practice of FGM is widespread. According to the 2010 Sudan Household Health Survey, 88 per cent of Sudanese women and girls aged 15 to 49 reported being subjected to FGM. The practice is similarly common in Eritrea and Ethiopia, where many of the refugees in Wad Sharefai come from.

The practice can result in infection, haemorrhage, permanent physical damage and even death. It also greatly increases the risk of complications during childbirth. Yet it persists for a variety of reasons rooted in gender inequality. 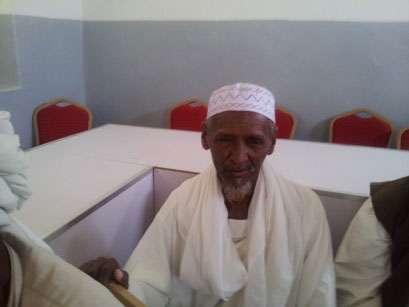 In Kassala, FGM is widely believed to prevent girls from becoming sexually active before marriage, and thus it is performed to preserve the honour of the family. It also is often thought, incorrectly, to be a religious requirement.

But while men are typically considered the decision-makers in their families, and they wield most of the power in their communities, many regard FGM as a women’s issue and decline to get involved.
Mr. Saeed said he had long witnessed the suffering of girls and women in his community, but that gender inequality and abuse – including FGM – simply seemed normal.
“For a long time I had the feeling that our women are suffering from the different types of violence, however, I thought life is like this,” he said.

A champion for change

In December 2013, Mr. Saeed was selected to attend a training on FGM, organized by the Sudanese Red Crescent Society and supported by UNFPA. The training addressed all aspects of the issue, including the reasons it is performed, the human rights concerns underlying the practice, as well as its consequences.

“After the trainings and the information I got exposed to, and the tough discussions we had through the course of all this, I said to myself, how can a man be a leader without taking such a challenge and fighting for positive change?” Mr. Saeed said. 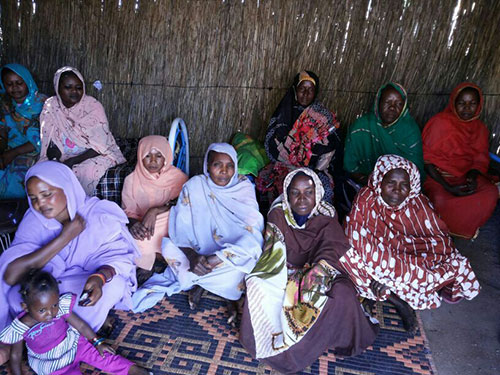 A women's community organization is raising awareness of the dangers of FGM in East Sudan. Photo credit: UNFPA Sudan

He is now an ardent advocate for the abandonment of FGM. He tours the camp, engaging others in conversation about the practice. He speaks out at the mosque, and challenges people at social gatherings to think critically about the issue.

He is not alone in his efforts.
Recognizing the ability of men to influence the practice, Mr. Saeed has set up a men’s network in the camp, through which he and other male leaders advocate ending FGM.
And UNFPA, in partnership with Kassala University's faculty of community development, is working with local women’s organizations to raise awareness of the dangers of FGM. The women's groups also advocate for the elimination of child marriage and domestic violence as well.
Y-Peer, a UNFPA-supported youth network, also promotes the abandonment of these harmful practices.
“It is never too late,” Mr. Saeed told UNFPA. “We can always do something to make a change.”