SKOPJE, North Macedonia – As a transgender sex worker, Lila Milic has endured more than her share of mistreatment. Yet she does not feel safe seeking care and protection in the one place that should be a safe haven for all – the health facility.

“One time, when I was 24 years old, I was returning home when three clients intercepted me,” Ms. Milic recently recounted to UNFPA in Skopje, the capital of North Macedonia.“They pushed me violently in their car and abused me, both mentally and sexually.”

She was too afraid to report her attackers to the police.

“Even more frightening was that I had to go get a health check-up to confirm that I was raped,” she explained.“I didn’t want to take the examination because I didn’t trust the doctors.”

Sunday, 1 December, is World AIDS Day, which raises awareness about the global HIV pandemic. Tragically, those who are most vulnerable to the illness often face the greatest barriers to prevention and treatment.

Out of North Macedonia’s 2 million people, an estimated 3,600 were employed as sex workers, according to 2014 research conducted by the Global Fund to Fight AIDS, Tuberculosis and Malaria with the Ministry of Health. Current numbers could be even higher, experts say.

Sex work increases vulnerability to a variety of sexual and reproductive health concerns – including sexually transmitted infections (STIs), gender-based violence and unintended pregnancy – but health services are often out of reach.

“Sex workers are regarded as offenders and immoral actors in the society, leading to stigma and discrimination against them in the health sector as well as other parts of life,” said Borce Bozinov, the president of STAR-STAR, an organization that advocates for the rights of sex workers.

Almost a quarter of young sex workers have been denied health services because of their occupation, according to in a 2017 survey by STAR-STAR, a UNFPA partner. More than 63 per cent said that, because of fear and distrust, they needed someone to accompany them when receiving health care.

More than 90 per cent said they receive health services for HIV, STIs and other sexual and reproductive issues through civil-society organizations, which they trust because of their discretion and nonjudgmental care. But when they require more complicated care from public health services, they can run into trouble.

“I was walking in the park one day with my friend, also a sex worker, when she suddenly became sick and lost consciousness. I called an ambulance, which took us to the hospital,” she said. “The doctors acted all right until they found out about our occupation. They then called a gynaecologist to determine if my friend had genital injuries, and performed HIV and STI tests without her permission, but they did not check her general health condition at all to find out why she felt sick.”

They quickly fell under scrutiny. “In a very short time, the entire night shift staff learned that there were sex workers in the hospital. We felt uncomfortable and insecure. They were watching us all the time. To this day, I do not use public health services.”

Civil society organizations, with support from the health ministry, are working to increase sex workers’ access to health care, including by distributing condoms and providing HIV testing and counselling. But there are still significant gaps to be filled.

More than three quarters of young sex workers surveyed said they need mental health services. They also indicated that general practitioners are not widely accessible to them.

To address these needs, UNFPA has worked with other United Nations agencies to create the so-called "sex worker implementation tool," a training manual for community workers and health professionals to help them sensitively meet needs of sex workers and men who have sex with men.

These trainings are making a difference. Civil society groups have even created a registry of health professionals who been trained, because sex workers are more comfortable seeking care from them.

“There is no need to disclose your social status or occupation when seeking health care; any patient could be a potential carrier of HIV or hepatitis C,” said Olivera Ristevska, a nurse at a public health institution who received training. “These were very practical workshops where we learned more about things like antiretroviral therapy, which reduces the risk of HIV transmission.”

The trainings also need to address discriminatory practices, such as the use of two layered pairs of surgical gloves when performing gynaecological examinations on sex workers, Mr. Bozinov added.

An issue of basic human rights

“All sex workers have a basic human right to the highest standards of health,” said Aphrodita Shalja, UNFPA’s assistant representative in North Macedonia. “Health services must to be tailored to the needs of this community, with sex workers seen as leaders in defining their own service needs.” 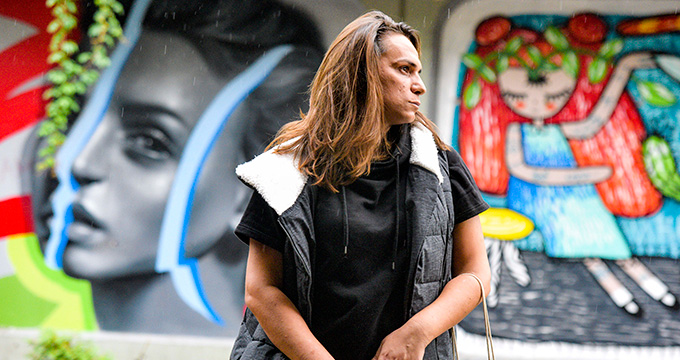