KAKUMA, Kenya – Dalia Asinde was married 16 years ago in the Democratic Republic of the Congo. She was 22 and in love, she said. But her husband soon became violent – and relentless. She lost count of the beatings, insults and torments he delivered.

"I would never wish for any woman to experience what I did," she told UNFPA.

The abuse continued for years. At the same time, their family grew. By the time she had seven children, she lived in constant fear for her life.

Finally, Ms. Asinde escaped with the children to the Nyarugusu Refugee Camp in Tanzania. It was the only place she knew they would find safe haven. Because tensions in their home country were escalating, they were welcomed as refugees. 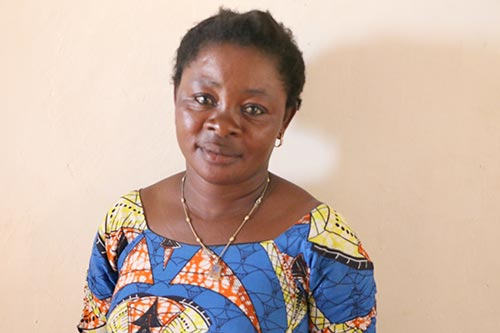 But conflict soon broke out in her home region. Into the camp poured a flood of refugees – including Ms. Asinde’s husband.

It took him a week to find her.

He pressed her to reunite. In the overcrowded camp, survival had become her sole focus, and the strain was taking a toll. She agreed, hoping he had changed.

He hadn’t. The abuse resumed. Then she discovered she was expecting her eighth child.

She opened up to aid workers about her situation – but with few resources and overwhelming needs, help was slow to come.

Finding support, and a new life

It wasn’t until a year later that she and her children were transferred to the Kakuma Refugee Camp in Kenya.

Her children were admitted to the only school at the camp, and she was introduced to the Kakuma Support Centre, which helps survivors of violence and abuse.

The centre was created with funds from the United Nations Central Emergency Response Fund and support from UNFPA. There, Ms. Asinde received counselling, which helped to restore her self-esteem, and training in embroidery and bakery, which helped her earn a living. 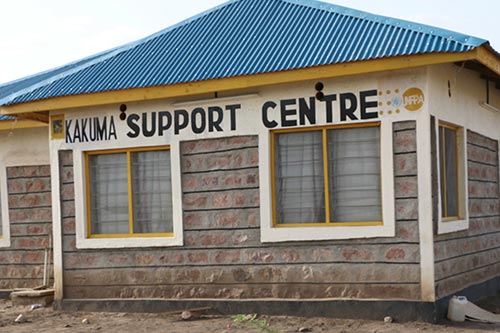 Gender-based violence is one of the most prevalent human rights abuses in the world. And in humanitarian crises, risk of this kind of violence increases. The Kakuma Support Centre provides assistance services to survivors. © UNFPA Kenya/Douglas Waudo

"The last few years have been tough for me, but I am grateful I can now live a normal life," she said.

These days, her business is thriving, and her children are doing well in school. Her firstborn daughter was recently married, and earlier this year, Ms. Asinde became a grandmother.

She also decided to become a volunteer at the Kakuma Support Centre, which she says helped to save her life.

"I probably would be dead by now were it not for their intervention," she said.

In Kenya, four in every 10 women have experienced physical or sexual violence perpetrated by an intimate partner. And in humanitarian crises, like the conflict that uprooted Ms. Asinde’s community, abuses can be even more prevalent.

UNFPA is working with partners to prevent gender-based violence in emergencies, and to respond to violence when it occurs.

For instance, in the Kakuma camp, UNFPA is working with the International Rescue Committee and other UN agencies to provide survivors of violence with a wide range of support, including health care, legal services, protection, counselling and other care. 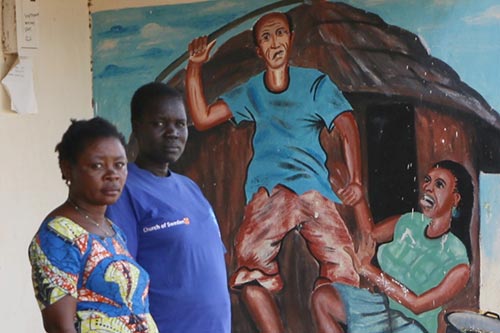 UNFPA is also works with communities to raise awareness among women that they have human rights – including the right to live free of abuse – and that services are available to help them.

"I appeal to all women in a similar situation... to immediately seek help,” Ms. Asinde said. “They shouldn't suffer in silence."

A new kind of armour

Today, Ms. Asinde is proud to be an advocate for women and girls. "I have now dedicated my life and energy to be a voice for the voiceless,” she said.

And her strength has become a kind of armour.

One recent morning, her husband showed up at her doorstep. He was drunk and angry, she said, hurling insults and threatening to teach her a lesson.

Once, she would have recoiled in fear. But no longer.

Instead, she looked him straight in the eye and told him off, she later recounted to UNFPA. A week afterward, he returned to the camp in Nyarugusu.

Ms. Asinde wants other women to find the same strength. “No matter the reasons or circumstances, no woman deserves to experience any form of abuse or violence," she said. 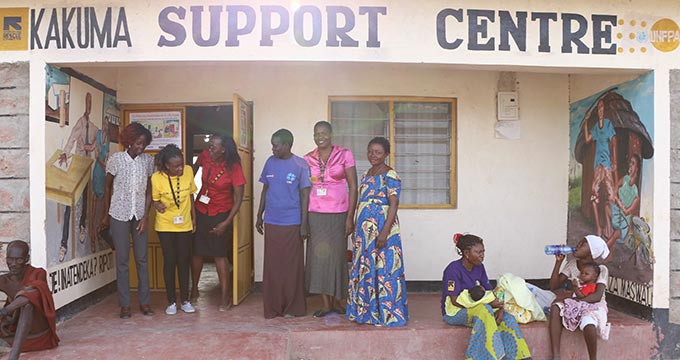