Return of Chibok girls highlights needs of women and girls

ABUJA, Nigeria – “We cannot underestimate the amount of support that each of these girls will need,” said Joy Michael, a UNFPA humanitarian analyst, in the weeks following the release of 21 schoolgirls captured by insurgent group Boko Haram. The girls were among more than 200 abducted from the town of Chibok, whose kidnapping spawned the global call to #BringBackOurGirls.

Like the thousands of civilians from Boko Haram-affected areas, these girls will require a range of services to resume normal life, including psychosocial support and health care. 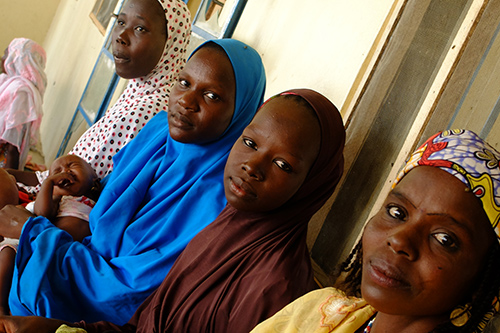 Women and girls in Nigeria's north-east. The Boko Haram conflict has left millions in need of humanitarian assistance, and increased the vulnerability of women and girls. © OCHA/Ó. Fagan

“We stand by ready to support as much as we can,” said humanitarian coordinator Mohammed Ismail.

Since the Boko Haram conflict erupted in 2009, over 7,000 women and girls have been kidnapped. Many have been forced into labour, combat or sexual servitude.

Those who escape require assistance recovering from their ordeals, both physically and emotionally. They may also need additional help reintegrating into their families and communities, as many girls face suspicion and stigma after being kidnapped.

The conflict has also taken a massive toll on the wider community, destroying health systems, schools and infrastructure throughout the states of Borno, Yobe and Adamawa. Populations of whole towns have fled to escape the militant group, leaving 1.8 million people internally displaced within the country, according to recent UN reports. Some 7 million people are in need of humanitarian assistance.

This chaos has also put women and girls at risk in displacement settlements and host communities. With local services and protection systems strained, vulnerability to sexual and gender-based violence has increased.

“The Chibok girls today, who next tomorrow?” said Gloria Enueze, also of UNFPA. “We need to ensure social protection for all girls.”

In response to this crisis, UNFPA has deployed over 400 counsellors in affected areas. These counsellors are able to provide urgent psychosocial support to affected civilians. UNFPA has also established 11 safe spaces for women and girls, where they can receive information about essential services and care.

Dignity kits, which contain hygiene supplies such as menstrual pads, soap and clothes, are being distributed among affected women and girls.

Since 2014, UNFPA has supported 87,910 safe childbirths in the crisis-affected states, provided psychosocial support to more than 174,000 people, and distributed 54,000 dignity kits. 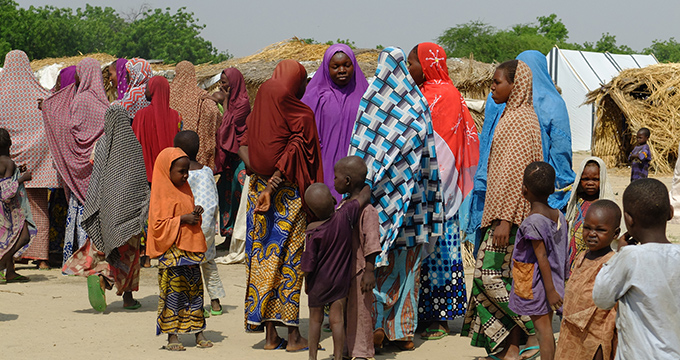 Return of Chibok girls highlights needs of women and girls