HERAT, Afghanistan – Sahar*, 22, and Abdul Baseer*, 28, in Guzara District of Afghanistan’s Herat Province, did not choose to marry one another. Instead, the decision was made by their parents, as is typical in much of the country.
Two months after the wedding, Sahar’s father found his daughter in tears. “I asked her if something is wrong, but all she told me was that everything is fine and that she misses us,” recalled her father, Aref*. “I think I knew even then that something was wrong.”

Over the following months, Sahar showed increasing signs of depression, as well as dark bruises all over her body. Eventually, her parents learned the truth, that Baseer was beating Sahar daily.

Aref called him, demanding an explanation: “I asked him the reason why he was abusing my daughter. He told me that Sahar was not a virgin.”

Virginity is highly valued in Afghanistan, and around the world, particularly for women and girls. When a woman is accused of losing her virginity before marriage, the consequences are often dire. She may even be murdered in a so-called “honour killing”.

Virginity is a social and cultural idea – not a medical one. There is no medical way to determine that a person has never had sexual intercourse before. Yet many people continue to believe, incorrectly, that virginity can be “proved” by a virginity test, an invasive and often painful examination with no scientific legitimacy.

Since their wedding night, Baseer had demanded that Sahar undergo a virginity test. When she refused, he threatened to kill her.

Yet without her consent, Baseer could not legally force her to take the test. In Afghanistan, virginity testing is permitted only when a woman agrees to the procedure, though enforcement of this rule is challenging.

“There is national advocacy occurring with the Government to ban virginity testing in its entirety,” explained Dr. Noor Hamid, a UNFPA gender officer. All gynaecological exams and tests should have real medical value and only be performed in the interest of the patient, Dr. Hamid added, such as “rape kits, performed in cooperation with the woman’s consent. This is part of our survivor-centred approach. We want to be able to prosecute perpetrators of gender-based violence.”

They supported her decision to refuse the virginity test. Even if the test results came back in Sahar’s favour, the fact that she had undergone the test at all would have caused reputational damage in the community.

The only solution, they felt, was to convince Baseer to rescind his allegations and stop abusing Sahar.

Aref insisted Sahar stay in her family home, where he could assure her safety. “I asked Sahar to stay until we solved the issue through negotiations,” he recalled.

It took eight months of discussions, but eventually Baseer agreed to stop harming Sahar. Yet only weeks after she returned to him, he beat her so viciously that she wound up in the Herat regional hospital with critical injuries.

“Such violence is not acceptable. It is a crime and violation of one’s human rights,” said Freshta Fahim, head of the centre at the Herat regional hospital.

Dr. Freshta ensured that Sahar received health and counselling services to recover physically and emotionally from her ordeal. The centre also helped her secure legal support from the provincial Directorate of Women’s Affairs.

The case is not yet resolved, but Aref hopes to reach a solution that ensures Sahar is safe.

“The family protection centre was the only place that could provide support for my daughter,” he said. “Not only did they provide health services and medication for my daughter, they guided us in getting justice for her. They helped me protect her.”

Many violence survivors in need

Since 2014, Dr. Freshta’s family protection centre has worked around the clock to provide support to as many survivors as possible. With financial support from the Republic of Korea, the centre was able to reach 254 survivors with psychosocial, health and referral services in the first quarter of 2021.

But this is just a fraction of those in need.

Approximately 9 in 10 women in Herat have experienced spousal violence, according to a 2015 survey. Herat Governor Wahid Qatali emphasized this figure, and the need for more action to support women, in recent a meeting with UNFPA. “The majority of this percentage are experiencing physical violence,” he said. 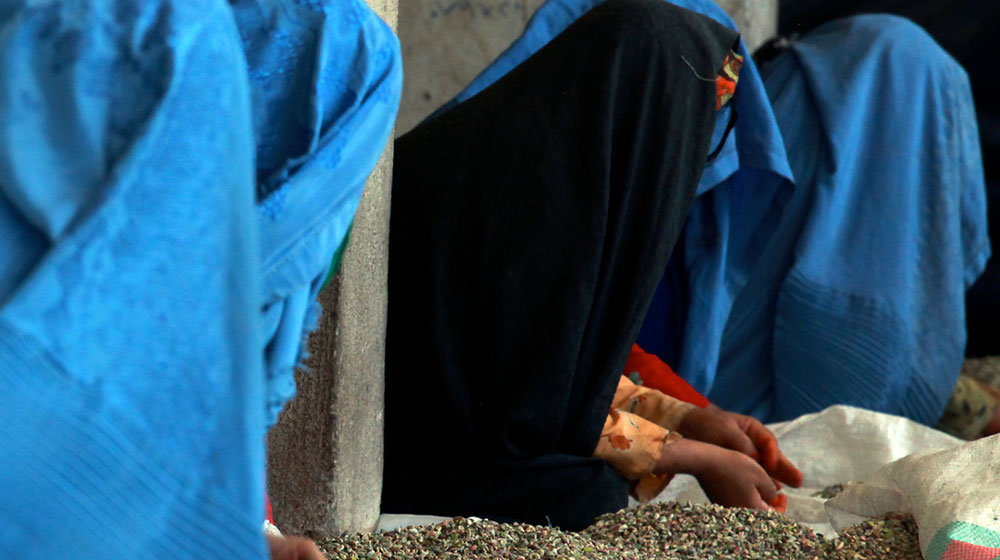