UNITED NATIONS, New York – The indigenous forest dwellers of the Republic of Congo are in danger of extinction, warns David Lawson, UNFPA Representative in that country. Recently released results of Congo’s 2007 national census reveal that indigenous people represent just 2 per cent of the population, down from the former estimate of 10 per cent.

Mr. Lawson’s work with national and provincial leaders to promote and protect indigenous rights in Congo was the subject of a discussion at a May 18th side event of the United Nations Permanent Forum on Indigenous Issues. The event included a premier of a UNFPA-supported film, Mouato, the Life of Indigenous Women in Congo. 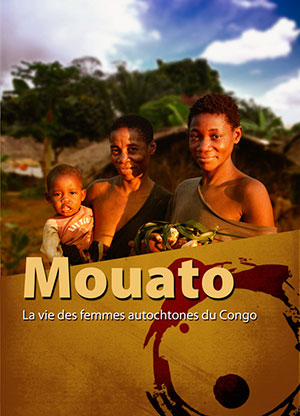 A documentary supported by UNFPA on indigenous women was shown.

Advocacy on behalf of Congo’s indigenous peoples culminated last February with passage of a new law protecting their rights in the Republic of Congo. It marked the first such legislation in Africa and has been called a ‘best practice’ by the Secretary-General Special Representative for Indigenous People, Mr. James Anaya.

“This is a groundbreaking law,” said the Congolese Minister of Communications and Relations with Parliament, Bienvenu Okiemy at the side event “It is the first of its kind in Africa, and it serves as a model to the rest of the world on protecting indigenous rights.”

A way of life under threat

Most of the surviving indigenous people in Congo belong to the Baaka ethnic group. Traditionally a forest-dwelling population, their numbers have fallen dramatically in recent decades as their way of life – and very existence – has been threatened by habitat encroachment and increased interaction with and dependence on Bantus, who are the predominant ethnic group in the country.

By definition, indigenous groups like the Baaka exist outside of the dominant culture and maintain distinct identities shaped by their landscape and sustained history.

“The earth contains their history and identity and provides their food and sustenance,” remarked Mr. Okiemy. “It is sacred and inalienable. The survival of indigenous peoples is entirely related to the maintenance and control of their land bases.”

The new Congolese law has set up special measures to recognize and protect the land rights of indigenous peoples, who are frequently subject to exploitation. Without land claims, many indigenous people work as day labourers on the farms of their non-indigenous neighbours, where pay sometimes comes in the form of old clothing or unwanted household utensils. The Baaka and other indigenous groups are among the poorest citizens in a nation beset with extreme poverty.

Their vulnerability is compounded by their geographic isolation. Living deep in the forest, many beyond roads, indigenous groups often lack access to education and health services. Lack of awareness about health issues heightens their risk for disease and malnutrition.

UNFPA Representative Mr. Lawson notes that failure to address poor reproductive health among these marginalized groups “can threaten the very existence of indigenous people in Congo.”

Fewer than 18 per cent of indigenous women in the Republic of Congo receive antenatal care, and only about one in four give birth in health facilities. Most deliver babies in the forest or villages, sometime alone. This increases the risks for both mothers and newborns. At 781 deaths per 100,000 live births, maternal mortality is high within the country as a whole. Although no data is currently available (a major survey is planned), childbearing risks are believed to be much higher among the Baaka. 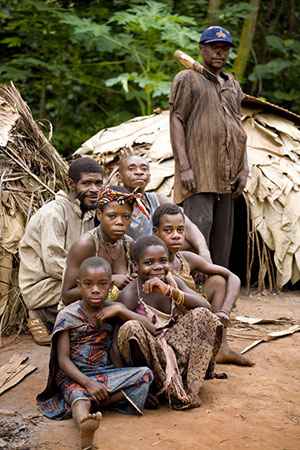 The indigenous Baaka people live  deep within the forests of the Congo. Photo: Nicolas Guyot

Living in areas where AIDS is prevalent, indigenous people are increasingly at risk of HIV infection – and most lack the information or services to protect themselves. Only 11 per cent of adolescents have a good understanding of how HIV is transmitted. More than half (60 per cent) have never seen a condom. Sexual violence is also present, with indigenous women giving reports of being raped as they make their way to and from work.

A number of factors contribute to the poor reproductive health of indigenous women, according to the Mr. Lawson. Many live deep within the forest and have never been reached by health services. Their traditional nomadic lifestyle -- groups move through the forest while hunting and gathering -- complicates service delivery. Lack of knowledge about health services combined with a resistance to modern methods keeps many indigenous women from seeking services. These women may also encounter discrimination and dismissal of traditional beliefs on the part of health care workers, which further inhibits them from using modern clinics.

Mr. Lawson saluted Congo’s progressive legislation protecting indigenous rights as a major step forward and called for its rapid implementation: “We will increase our support to indigenous people in Congo and support government and civil society in the implementation of this law. Indigenous people are part of the worldwide cultural heritage. Their cultural traditions must be preserved while they should be encouraged to benefit from modern services. They must be protected at all costs.”

UNFPA has developed a strategic plan of action to support indigenous people in Congo, which includes: