UNITED NATIONS, New York – Yesterday, leaders at the United Nations commemorated the 25th anniversary of the historic Fourth World Conference on Women, when more than 30,000 activists and advocates convened in China to adopt a comprehensive agenda to realize gender equality, known as the Beijing Declaration and Platform for Action.

A quarter century later, leaders took stock of the progress made since that landmark conference: The gains for women and girls have been significant – yet they are also insufficient.

Not one country has fully delivered on the commitments in the Platform, and equality for women remains elusive. Much more must be done.

“The rights of a women or a girl are not negotiable,” Dr. Kanem declared.

Progress, but not enough

The Beijing Platform for Action broke ground in many ways, including by drawing attention to the special vulnerabilities of girls and calling for gender issues to be mainstreamed into all policies and programmes. It called for the ratification of the Convention on the Elimination of All Forms of Discrimination against Women (CEDAW), commonly called the “Women’s Bill of Rights,” and propelled efforts to improve women’s representation in political leadership.

It was also an opportunity to advance the new global agreement that reproductive health and rights are a cornerstone of human development, a consensus that had been reached just one year prior.

At the 1995 conference, UNFPA’s then-Executive Director Nafis Sadik emphasized the clear link between reproductive rights and women’s full empowerment. “Reproductive rights involve more than the right to reproduce. They involve support for women in activities other than reproduction – in fact liberating women from a system of values which insists that reproduction is their only function.”

In the 25 years since, UNFPA has seen some dramatic improvements in the health and well-being of women and girls. Global maternal mortality fell by roughly 40 per cent between 1990 and 2015. Access to voluntary family planning has grown significantly, and the variety of family planning options available has never been greater.

Yet these achievements fall short of the goals set 25 years ago.

“UNFPA data show that only 55 per cent of women worldwide can make their own decisions about sexual and reproductive health and about contraception,” Dr. Kanem reminded leaders yesterday. “One woman in three experiences the trauma of violence over her lifetime... Tragically, more than 800 women still die every day from preventable conditions of pregnancy and childbirth.”

And what progress has been made is now under threat.

“COVID-19 threatens to set us back even further. Gender-based violence is skyrocketing during the pandemic. Child marriage, female genital mutilation and adolescent pregnancy are all on the rise,” Dr. Kanem said.

Estimates by UNFPA indicate that six months of pandemic-related lockdowns could result in 31 million additional cases of gender-based violence, as well as lost progress in ending harmful practices.

Women’s access to necessary, life-saving reproductive health care has also been interrupted. A survey by the World Health Organization found that family planning and contraception are among the most frequently disrupted health services, with 7 in 10 countries experiencing disruptions during the pandemic.

UNFPA estimates that six months of severe pandemic-related disruptions in 114 low- and middle-income countries could result in 47 million women unable to use contraceptives, leading to 7 million unplanned pregnancies.

Despite these challenges, support for women’s rights – including their sexual and reproductive rights – remains strong at the highest levels. More than 100 countries made commitments to further advance gender equality.

And in a joint statement yesterday, some 82 UN Member states called “on all governments around the world to urgently invest in maintaining sexual and reproductive health services during the pandemic.”

They further committed to “work tirelessly to bridge the gap and bring gender equality in all dimensions of life, to fully empower women and girls and, indeed, empower humanity.” 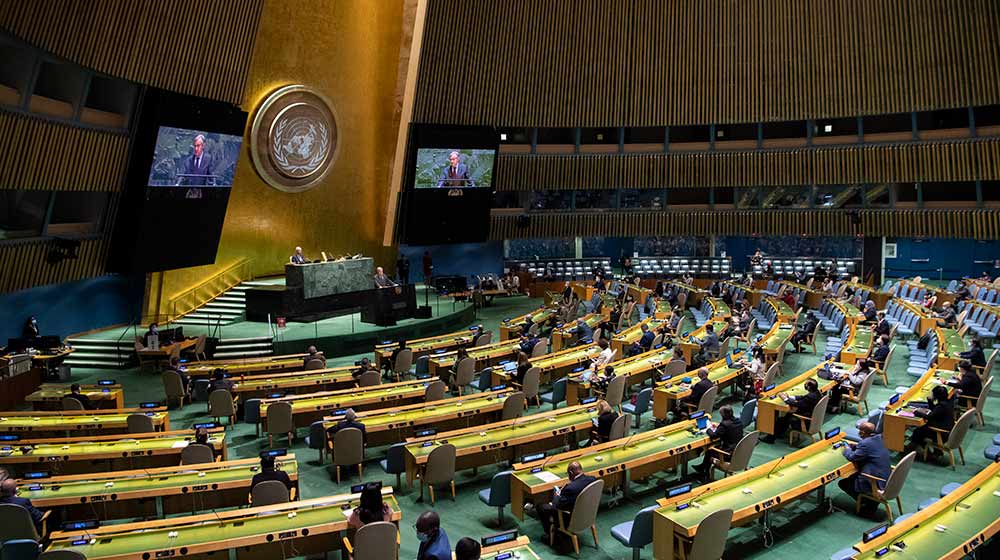