The power of 10: Ten astonishing facts about 10-year-old girls

UNITED NATIONS, New York – The world’s future will be determined by the fate of its 10-year-old girls.

Age 10 is the beginning of adolescence, when girls start to see life's possibilities expanding – or contracting. As these girls approach puberty, they may begin to exercise more independence and explore new interests. Or they may find themselves increasingly viewed as maids and babysitters, or as commodities to be traded away.

While both boys and girls around the world face enormous challenges, gender discrimination compounds the risks and burdens for girls. Around age 10, millions of young girls find themselves pressed into domestic labour. Marriages to older men may soon be negotiated. They may already be out of school.

UNFPA’s newly released flagship report, the State of World Population 2016, shows that the welfare of these girls will have a real impact on the Sustainable Development Goals (SDGs), which were unanimously adopted at the United Nations last year.

These 17 goals call for poverty eradication, gender equality, universal access to health care and other essential steps to promote development. None of them can be achieved without realizing the rights and potential of the world's girls.

When girls are empowered, they contribute enormously to the global economy, to the health and well-being of their families, and to their communities and countries.

On the other hand, “whenever a girl’s potential goes unrealized, we all lose,” said UNFPA Executive Director Dr. Babatunde Osotimehin.

Below are 10 facts that shed light on the struggles and the promise of the world’s 10-year-old girls. 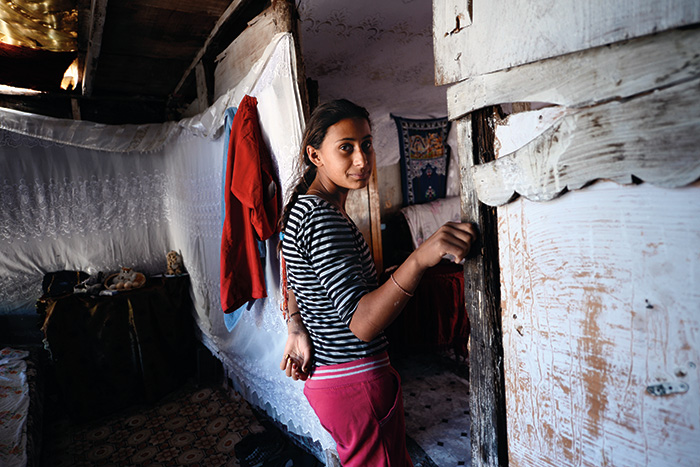 1. Most 10-year-olds live in countries where poverty remains common.

There are 125 million 10-year-olds around the world, and 89 per cent of them are in less developed regions. One in five lives in the 48 countries defined by the United Nations as least developed.

These children often face daunting challenges to growing up healthy, educated and able to meet their full potential. 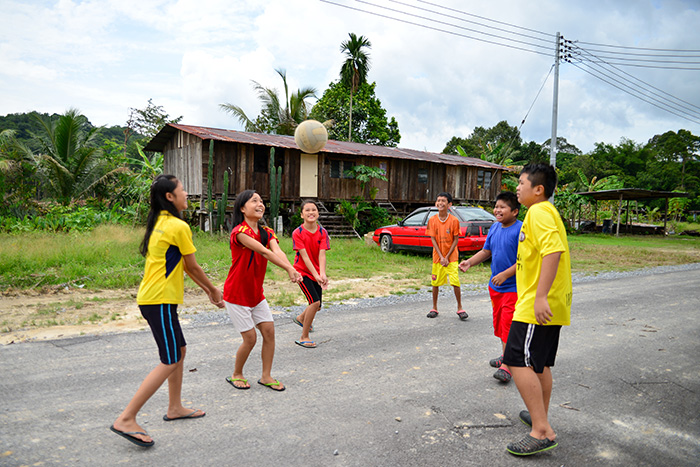 2. Approximately 60 million of these 10-year-olds are girls. More than half of them live in countries with high levels of gender inequality.

About 35 million 10-year-old girls live in countries considered to be very unequal in terms of gender, according to the Gender Inequality Index.

As these girls look to the future, they are more likely to encounter barriers to secondary education, reproductive health care, decent employment and decision making. 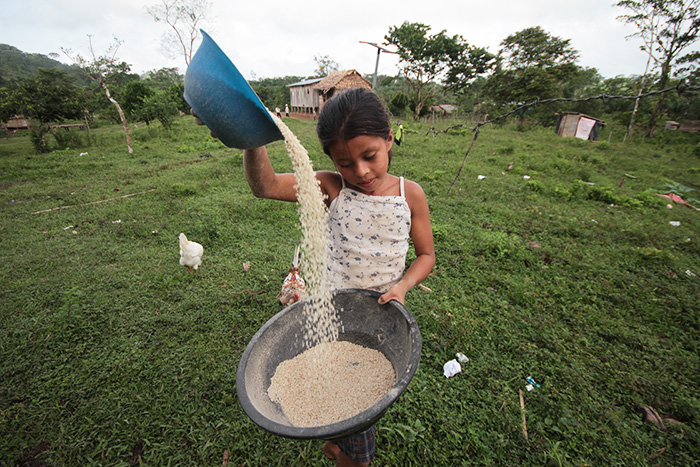 Ten per cent of girls between the ages of 5 and 14 do more than 28 hours of household chores each week. This is twice the amount of time that boys the same age spend on chores.

In addition, 75 per cent of girl labourers are unpaid, working for family businesses or farms, compared to 64 per cent of boys. 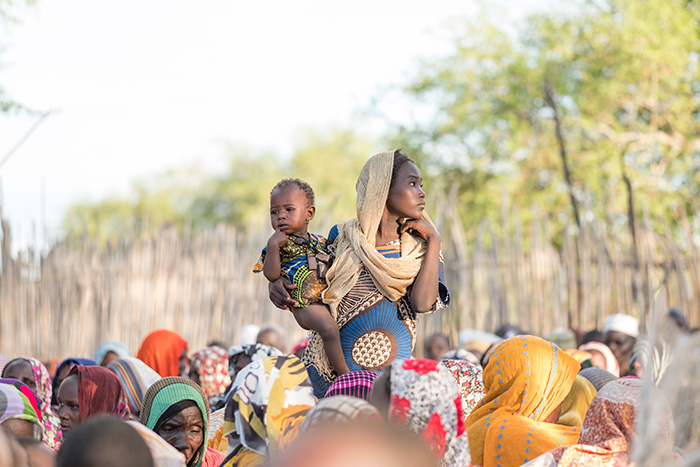 4. Too many 10-year-old girls are not far from being married off.

Every day, an estimated 47,700 girls under age 18 are married off or at risk of being married off.

A typical child bride will be pressured to have children early, bearing not only a baby but also the possible health consequences of becoming pregnant before she is fully mature.

A typical child bride will also be expected to abandon her education to assume domestic responsibilities. In fact, child marriage accounts for up to a third of girls who drop out of secondary school. 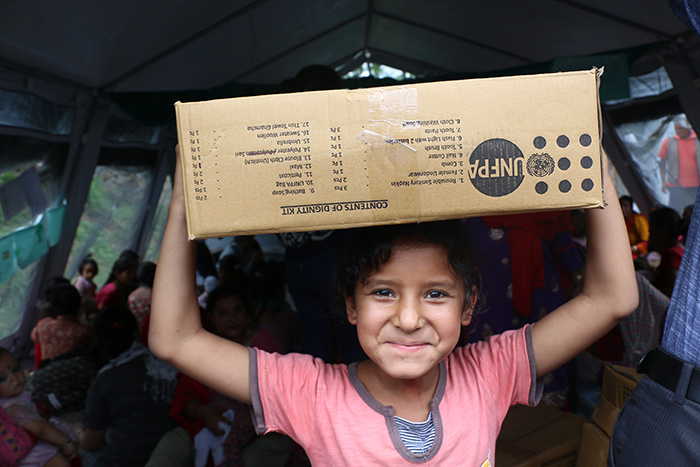 Manu Shrestha, 10, at a UNFPA-supported safe space in Nepal. Such spaces offered services and protection for women and girls after the April 2015 earthquake. © UNFPA Nepal/Santosh Chhetri

5. An adolescent girl dies from violence every 10 minutes. 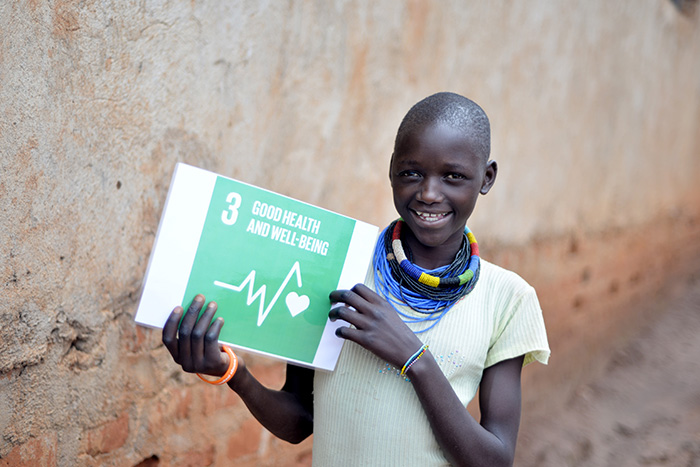 “I want to be a doctor and treat the poor for free,” said Anne in Uganda. “I want good health for all.” She is holding the icon for Sustainable Development Goal 3, which calls for healthy lives and well-being for all. © UNFPA/Matthias Mugisha

6. Adolescent girls, aged 10 to 19, are more likely to die from AIDS than any other cause.

Evidence shows that people are much more vulnerable to HIV when they are less educated – and girls are more likely to be deprived of schooling.

On top of that, many new HIV infections are attributed to intimate-partner violence and rape, which are tragically all too common. Vulnerable girls are also less able to negotiate condom use. 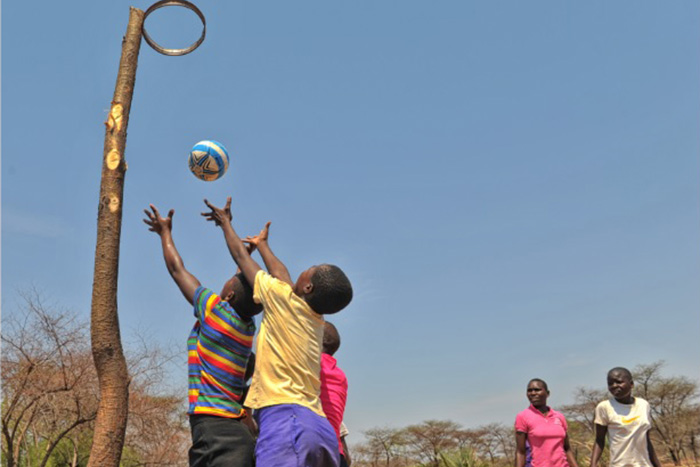 Girls play netball in Mbire, Zimbabwe. They are members of the Sista2Sista club, which empowers girls to reject child marriage, stay in school and maintain their health. © UNFPA Zimbabwe/Eric Gauss

7. Suicide is the second-leading cause of death among adolescent girls.

The persistent undermining of girls’ rights and autonomy, the neglect of their ambitions and abilities, and the ubiquity of violence can take a cumulative toll on girls’ mental and emotional health. 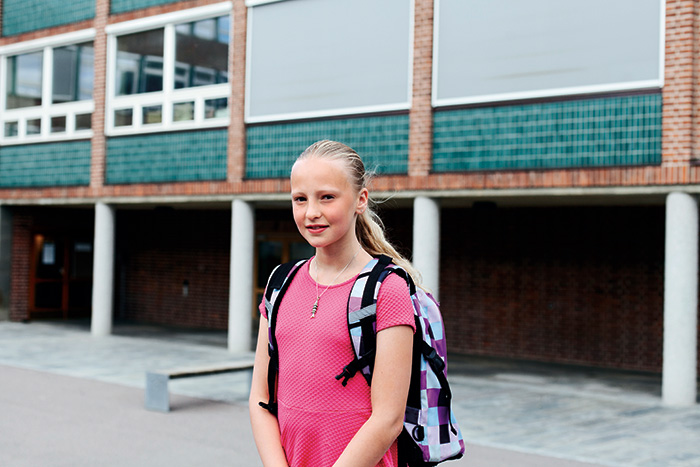 8. Educating girls is considered the “world’s best investment,” yet 62 million adolescent girls are not in school today.

Sixteen million girls between ages 6 and 11 will never even start school. That is twice the number of boys. 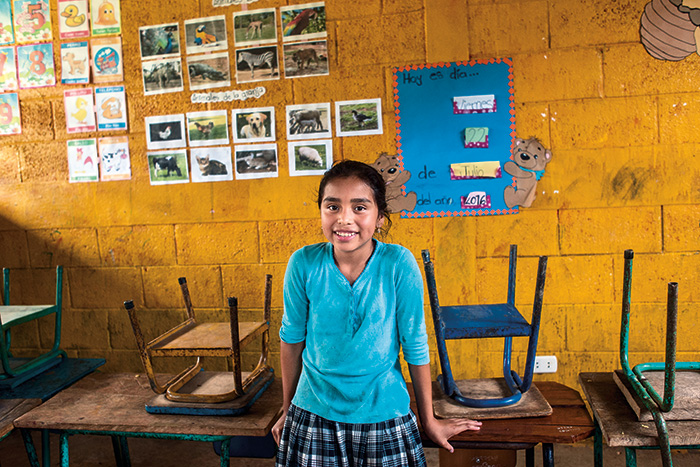 Ortilia lives in Chisec, Guatemala. She loves reading, and hopes to go to university. She attends a skills-building programme for girls. © UNFPA/Barcroft Media/Daniele Volpe

9. Each additional year a girl is in school translates to 10 per cent more wages later in life.

Studies show a slightly higher return per year of education for girls, at 11.7 per cent, compared to 9.6 per cent for boys.

Ten-year-old girls are just a few years shy of entering secondary school, where they will start to see the highest returns on education. 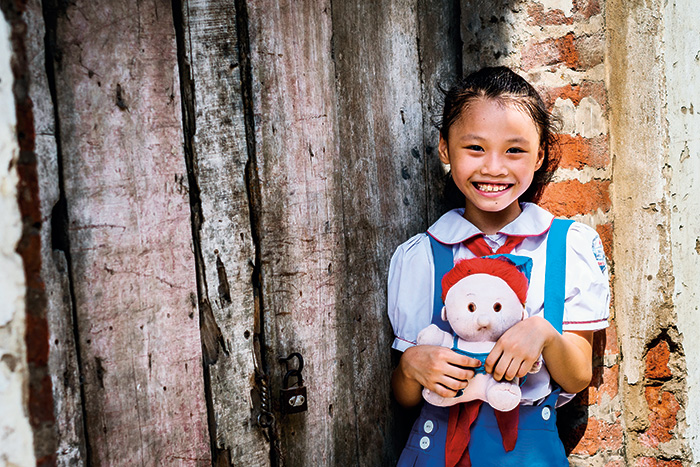 Tuong Anh is a fourth grader in Viet Nam. Her mother encourages her to study hard so she can go to university.  © UNFPA/Barcroft Media/ Quinn Ryan Mattingly

10. Investments in the health, education and empowerment of 10-year-old girls can triple a girl’s lifetime income.

These investments can help the most vulnerable girls secure their independence and escape poverty.

And the gains to communities and countries will be even greater. As girls’ energy, ambition and ingenuity are unleashed, there is no limit to what they – and the rest of humanity – can achieve.