KRAMATORSK, Ukraine - Zhanna*, 36, is an HIV-positive mother of two in the conflict-affected Donetsk Region of Ukraine. She says she contracted HIV from her former partner, a man who beat and raped her. Her candour about these issues is unusual; very few women are willing to speak out about experiencing violence or contracting HIV.

Today is World AIDS Day, a time to recommit to stopping the spread of the disease. And with an unprecedented number of people around the world displaced by conflict and the continuing global epidemic of violence against women, it is also a day to reflect on the tragic intersection between HIV, violence and crisis for women like Zhanna.

Even before the conflict in Ukraine, sexual and gender-based violence often went unreported due to stigma, fear of retribution, and lack of trust in legal, medical and social support systems. But the conflict has made things worse.

The Office of the High Commissioner of Human Rights has said that women in areas with active fighting are at intensified risk of sexual violence. And experts say disruptions in the community are making women more vulnerable. 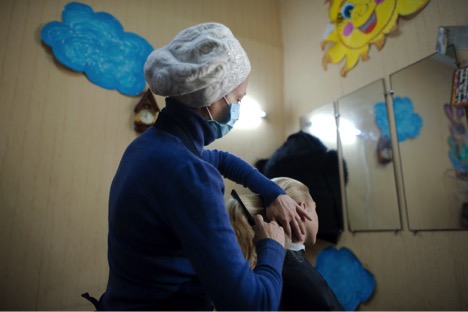 A woman gets a professional haircut at New Day. © Maks Levin/UNFPA

"In Ukraine, like everywhere, gender-based violence is grossly under-reported, which makes it more difficult to fully comprehend the magnitude of the epidemic,” said Ekaterina Kristesashvili, a UNFPA expert on gender-based violence in Ukraine. “But we see that... the conflict has severely undermined men's ability to fill their traditional gender roles, such as providers and protectors of the family, particularly among displaced and military families. This has led to a breakdown of family support systems, which increases the caregivers’ reliance on negative coping strategies, such as perpetrating domestic violence, neglect and alcohol abuse."

Women in conflict zones may also face a heightened risk of HIV transmission, with displaced women increasingly vulnerable to sex trafficking. According to 2014 data from UNAIDS, Ukraine has one of the highest HIV/AIDS prevalence rates in Europe and Central Asia, and the majority of new infections are through sexual transmission.

Zhanna decided to speak out because she wants things to change.

“I was pleading [with my partner] to stop. But he didn’t. I felt ashamed, and I did not tell anyone,” she said. “Only when I got pregnant the second time and was screened during a regular check-up did I find out I was HIV positive.”

Survivors of sexual violence should receive health services as soon as possible after an assault. Post-rape treatment can help them avoid unwanted pregnancies and prevent life-threatening infections like HIV. 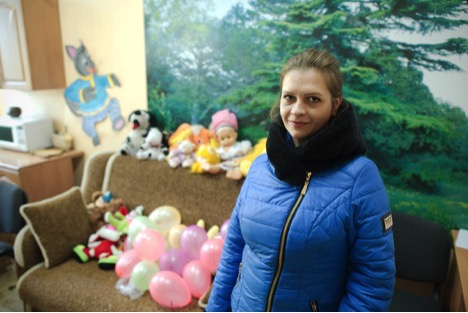 Regaining a sense of safety

Zhanna now finds comfort and care at New Day, a local non-governmental organization responding to the HIV epidemic. UNFPA is coordinating the humanitarian response of groups, including New Day, in conflict-affected areas of Ukraine.

New Day provides counselling and facilitates treatment for people living with HIV. It also offers an environment where people, including survivors of sexual violence, feel safe. Women can bring their children, have a coffee and even visit a professional hairdresser at the centre. Often, little things like getting a haircut can help vulnerable women regain a sense of comfort and normality.

But Alina, New Day’s director, also emphasized the need for prevention. “If we can be sure on the quality and availability of medical services for post-rape treatment, we can educate women and refer them to live-saving treatment,” she said.