FREETOWN, Sierra Leone – The horrific Ebola outbreak in West Africa came to an end one year ago. The crisis left over 3,900 Sierra Leoneans dead and health systems in disarray – yet the true toll of the epidemic has been even higher.

Disruptions in reproductive health care, and widespread fears about getting infected by health personnel, left thousands of women and girls without maternal health and family planning services.

The country’s maternal death rate – which was already the highest in the world, according to 2015 United Nations figures – is likely to have increased during the outbreak. And thousands of teenage girls, lacking access to youth-friendly reproductive health care, became pregnant and were forced to drop out of school. 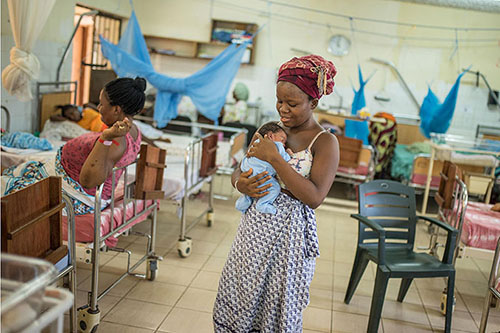 Today, UNFPA is working with partners, including the Government of Sierra Leone, to restore access to reproductive health care and put girls back in school.

A new generation of midwives

Ebola killed over 200 health workers in Sierra Leone, including 56 midwives.

“Before Ebola, we had limited midwives,” said Margaret Mannah-Macarthy, a UNFPA midwifery expert, “and now we have even less.”

UNFPA is now supporting midwifery schools in Freetown and Makeni, which are expected to graduate 80 to 90 students every year.

Midwives from these schools will be able to provide a full range of services for pregnant women, from antenatal care and safe deliveries to postnatal care.

They will also be trained to provide reproductive health services to the broader community, including neonatal care, family planning counselling, and diagnosis and treatment of sexually transmitted infections.

Some midwives are also eager to do community outreach: “I want to help communities to be less fearful about coming to the hospital,” said Jeneba Sia Bundo, a 29-year-old midwifery student.

At the National Midwifery School, one of the UNFPA-supported institutions, training will now exceed the rigorousness of the previous curriculum.

“The Ebola virus highlighted some serious gaps and deficiencies in the curriculum that we teach the midwives,” Dr. Joan Shepherd, the school’s principal, told UNFPA. “Before, our infection prevention was not good enough.”

“Now, we see precautionary measures as an absolute must,” she said. 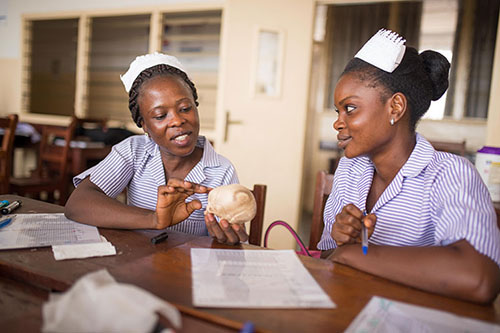 The Ebola crisis also left girls extremely vulnerable to pregnancy, not only because sexual and reproductive health information and services were limited, but also because social protection systems collapsed. Vulnerability to gender-based violence increased.

More than 18,000 girls became pregnant during the crisis. Because girls in Sierra Leone are prohibited from attending school if they are visibly pregnant, these girls were forced to drop out.

Additionally, through the Ministry of Social Welfare, Gender and Children's Affairs, girls who had suffered any form of gender-based violence were provided with psychosocial support for their recovery and rehabilitation.

These efforts – in concert with a programme by UNICEF and the education ministry extending classes for pregnant girls – helped ensured adolescent girls were able to resume their educations, even if they had become pregnant.

Today, more than 11,114 girls have returned to school.