UNITED NATIONS, New York – More than a month has passed since homes and lives were shattered by Nepal’s 7.8 magnitude earthquake. The disaster triggered landslides and violent aftershocks that have pushed families out of their houses in the weeks ahead of monsoon season. Yet even after the crisis garnered international attention, over a million women and girls remain in need of essential reproductive health care. 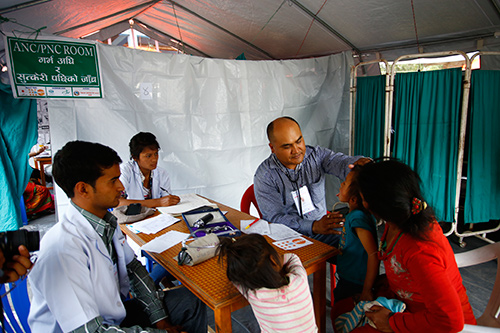 UNFPA-supported mobile health camps are bringing doctors and other health staff to thousands of people who might otherwise be out of reach. These camps provide medical treatment, antenatal care, post-partum care, health information and other services. © UNFPA Nepal

In consultation with the government, the United Nations response is concentrated in the 14 worst-affected districts, where an estimated 1.4 million women and girls of childbearing age have been affected. Of these women, almost 93,000 are pregnant, according to UNFPA estimates.

Around 10,300 will give birth each month, requiring access to safe delivery conditions. UNFPA also anticipates some 1,500 of these women could encounter complications requiring a Caesarean section.

Additionally, women’s and girls’ vulnerability to violence is known to increase in humanitarian crises. UNFPA estimates that, among the women in these most-affected districts, some 28,000 could be at risk of sexual violence.

“We don’t need food but need aid materials that can meet pregnant women’s needs,” said 17-year-old Sabina Dauwar in Kavre District in the days after the earthquake. Sabina, who was three months pregnant at the time, said she had felt sick for days, but had no access to care.

Women and girls are also in need of hygiene supplies. “I was in need of sanitary napkins,” Geeta Sarki told UNFPA in a rural area of Bhaktapur District. 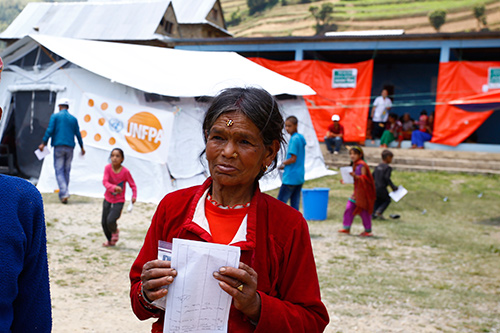 Millions of people have been affected by the disaster, and the needs of women and girls are far from being met. © UNFPA Nepal

In just three days, one such camp in Kavre District reached more than 500 people with treatment for injuries and illnesses, antenatal care, post-partum care, psychosocial assistance and other services. Health education and information were also made available to adolescents by youth-friendly staff.

UNFPA has also distributed thousands of dignity kits, which contain vital hygiene supplies tailored to the specific needs of women and girls, including sanitary pads, soap and shawls.

Reproductive health kits are also being distributed to partner organizations. These contain the equipment and supplies necessary to safely deliver babies even in emergency settings. 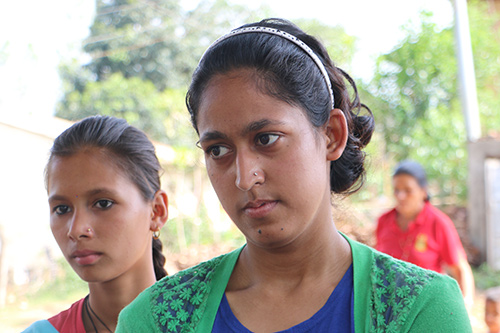 Sajina Aryal told UNFPA that women are in need of protection from violence and abuse. © UNFPA Nepal/Santosh Chhetri

With half a million homes destroyed, and hundreds of thousands more damaged, many women and girls have been forced to sleep outside, in the open. Many are staying in crowded in displacement camps, protected only by tents or tarpaulin.

Sajina Aryal, 20, in Rampur Village, Kavre District, has called for “any help we can get to stop men from abusing women in our camp. Such violence happens even during ordinary times in our village, and could get even worse at this time."

UNFPA is supporting women-friendly spaces throughout the worst-affected districts. In these spaces, women can seek psychosocial assistance, medical care, and information on their rights. Some spaces are also offering safe places to sleep.

UNFPA is also supporting radio messages emphasizing women’s right to live free of violence and abuse. The messages raise awareness of the services available to survivors of violence, including counselling and health care. 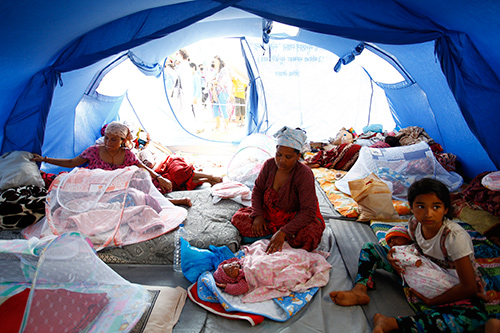 UNFPA-supported women-friendly spaces provide information about women's rights, as well as medical care and psychosocial care for survivors of gender-based violence. The spaces also offer private places where women can breastfeed and care for their young children. © UNFPA Nepal

Still, the needs of women and girls are far from being met.

"The challenges in responding to the earthquake are huge – the sheer numbers of women and girls who need support, the logistical challenges in getting services to them, especially as the monsoon season is fast approaching, the need to raise sufficient funds and other resources from donors to ensure we can sustain our response well into the future," said Giulia Vallese, UNFPA’s Representative in Nepal.

On 23 May, UNFPA and the Ministry of Women, Children and Social Welfare (MoWCSW) launched Dignity First, a campaign to raise awareness of the unmet needs of earthquake survivors, particularly their needs for reproductive health, hygiene supplies, and protection from violence and abuse.

"Each of us needs to be proactive in preserving the dignity of women and girls in an emergency situation," said MoWCSW  Secretary Dhana Tamang at the launch. 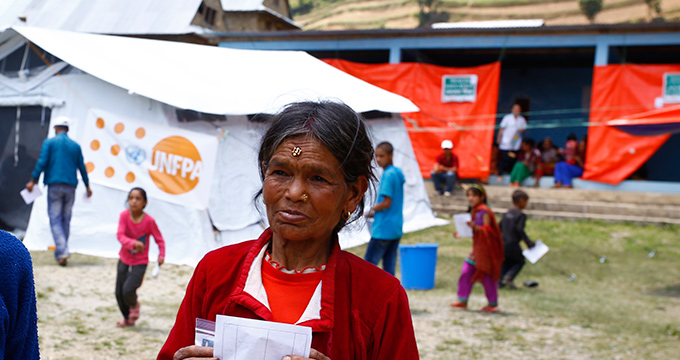