KAMPALA, Uganda – For four months, Team GetIN worked late into the night, feverishly coding and brainstorming, dedicated to achieving two main objectives: One, develop a mobile app that could revolutionize maternal care for young mothers throughout Uganda – and eventually, they hoped, the world.

In March, during an awards event held at UNFPA’s New York headquarters, Team GetIN – made up of youth ages 20-26 and UNFPA Uganda staff – discovered that their hard work had paid off. And the moment their name was announced as the Hack for Youth winner, the team members, who were Skyping into the meeting, immediately erupted in boisterous celebration.

Then, almost as quickly, they got back to work, preparing to collect their prize: The funding to pilot their project on the ground in Uganda, with technical support from experts at the Massachusetts Institute of Technology (MIT).

“When I joined this team I had no idea how many young teenagers in Uganda lacked access to health care, but now I think with the knowledge gained through this experience, we can build a better tomorrow,” said Team GetIN technical developer Abdul Hanan Sekalala, age 26. 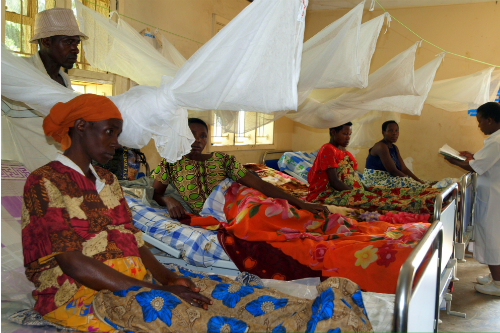 In Uganda, approximately one-third of women give birth by age 18, and adolescents’ risks of maternal mortality, miscarriage and other pregnancy complications, such as obstetric fistula, are much higher than the risks among women in their twenties. Globally, childbirth is the second-leading cause of death for girls ages 15-19.

In rural areas of Uganda, only one-half of births occur in the presence of a skilled doctor, nurse or midwife, according to UNICEF. As a result, Ugandan women have a one-in-47 lifetime chance of dying as a result of childbirth – and many of those casualties are adolescent girls.

In an effort to drive down this high rate of maternal mortality, Team GetIN headed to Uganda’s rural Kanungu district to investigate how they could design an app that would improve the maternal care young women and health workers were able to receive and provide.

Travelling from village to village, the team found that despite the fact that the majority of Ugandans now own a mobile phone, efforts to identify and link pregnant women to care are still performed quarterly by government workers handing out paper questionnaires. Often, the forms cannot be sifted through quickly enough to help enrol pregnant women before they give birth, and again and again, the team was told that what was needed most was a new, more-effective system.

Midwives reported that pregnant adolescents often come in for an initial visit, but never return, and that they lack an effective system for trying to reengage them. The team also found that frequently, the girls are not in control of their own access.

“Once a woman whose daughter had been chased from her home by her father for being pregnant told me that she tried to interfere with what her husband was doing, but her husband chased her away too,” said a village health technician, as the team attentively took notes. “We need a follow-up mechanism that enables us to easily identify and target power holders for dialogue, so they will allow the girl to access antenatal services.”

After their tour, the team returned to Kampala to translate what they’d learned into a high-tech solution. 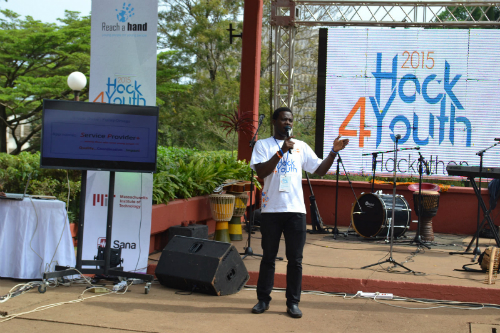 The initial round of the Hack for Youth competition, which was sponsored by UNFPA’s Innovation Fund, was held in Kampala in July 2015. © UNFPA Uganda

The resulting GetIN app has a simple, easy to use design, but the potential to greatly improve the response to this complex problem.

This month, the team is launching their pilot roll out, and will arm 500 health workers in Kanungu district with smart phones that contain the app, which uses Google Maps and GPS to mark each pregnant adolescent’s location and the location of the nearest antenatal clinic. The pilot and the Hack for Youth programme are supported by UNFPA's Innovation Fund, with funding from the Government of Denmark.

After pinning their location, the worker then records the pregnant woman’s information in the app, such as her age, marital status and any signs of potential complications, and the app then sends out automatic text reminders for appointments to girls and power holders and offers pregnancy advice and pointers.

Team GetIN hopes to work with the government and technology companies to scale the project up throughout Uganda in 2017. And they also have plans to expand the app’s capabilities, so it can tackle additional reproductive health issues, such as identifying women and girls with obstetric fistula – a tear in the birth canal that leads to incontinence – and linking them to treatment.

“These apps have the potential to leap frog over old-fashioned, traditional ways, and set an entirely new framework for how we are going to get services and high quality information to the 1.8 billion young people around the world today,” said Bruce Campbell, UNFPA Global Coordinator for the Data for Development Platform, during the Hack for Youth award ceremony. “And we want to see these apps go to scale, not just in the country where they were produced, but literally across the globe.”

From cyclones to safe births, midwives stay and deliver in Madagascar