“We had two sick people in the centre – a man and a youth – who died of unknown causes,” recalled Sister Yvette Kanyere, manager of the Mangina Reference Health Centre. “They were bleeding everywhere and we did not know what had happened [to them].”

Situated in North Kivu Province, Mangina is now the epicentre of the deadly outbreak. In just over a month, more than 130 people have been infected, and 90 have died.

As word of the epidemic spreads, so too does fear, keeping people in desperate need of medical attention away from the clinics they suspect will infect them.

But encouraging community members to come forward for treatment and raising awareness of Ebola transmission mechanisms are just some of the challenges facing health care workers in the Democratic Republic of the Congo.

Exacerbating these difficulties, the most recent outbreak has struck – for the first time in the country’s history – an active conflict zone.

The United Nations and other humanitarian groups have called for secure access to the affected populations. Still, a range of armed groups remain active in the area, creating significant obstacles for response teams mobilizing to identify and monitor cases, and deliver life-saving health services to the population at large.

Workers face another risk while providing care to those in need.

“I am a victim of Ebola,” Paluku Kalala, an anaesthesiologist at the Mangina Reference Health Centre, told UNFPA. “I got infected, along with my wife, who is a laboratory technician. I got infected in the operating room doing a caesarean section. The doctor, the assistant and I were all infected.”

Kavira Furha is a nurse at the Mangina Reference Health Centre. “I had disconnected the tube of a child who was sick,” she told UNFPA. “The patient’s blood jumped on my forehead. After two days, I started to show signs [of Ebola]. I had abdominal pain and headaches. My head was hurting a lot. After two more days, I started to vomit. That's when I was confirmed to have Ebola.”

A lack of training for health care providers, supply shortages and overcrowded facilities all contribute to the complexity of implementing the Ebola response in North Kivu and surrounding areas. As a result, strained health systems have left many without access to life-saving services, including sexual and reproductive health care.

Through it all, no group has been hit harder than women and girls, who account for roughly 60 per cent of those infected. Over half of them are of reproductive age.

As traditional caretakers of the sick, women are often at increased risk of exposure. But in a country struggling to tackle pervasive and entrenched forms of gender-based violence, the risks to women and girls are especially high.

Accounts of rape by members of armed groups have intensified since the start of the conflict. Reports suggest that the sexual and reproductive health needs of women and girls are overwhelming frontline responders – and this before the onslaught of Ebola.

“Women are the most affected by the Ebola outbreak in North Kivu and Ituri,” said Sennen Hounton, UNFPA's representative in the Democratic Republic of the Congo. “This is why UNFPA is involved in communicating, preventing and controlling infection by prioritizing the reproduction health service delivery points and protecting the workforce of midwives.”

Reaching out, reaching up

UNFPA is working with partners to prevent the spread of Ebola virus disease and ensure that sexual and reproductive health services remain available. Already, UNFPA has donated ten tons of medical and surgical supplies to help meet the sexual and reproductive needs of over 30,000 people in the provinces of North Kivu and Ituri, including women who are pregnant, victims of gender-based violence and women and girls in need of family planning.

To ensure safe delivery and prevent the transmission of Ebola virus disease in medical centres, UNFPA is also training midwives and refurbishing maternity wards exposed to the virus.

This type of support has never been needed more, say midwives in affected areas.

“The women [still] come to give birth, but compared to the months of June, July and August, they are in decline,” said Muisa Paluku Kigera, a midwife at the Mangina Reference Health Centre. “Women are afraid to come to [the centre], supposing that Ebola is still in the building.”

To raise awareness of infection prevention and control practices – as well as the interventions the United Nations and its partners have already put in place to control the outbreak – UNFPA is supporting community engagement efforts and other communications. Through TV and radio broadcasts, leaflets, billboards, press releases and more, nearly 17,000 people have been reached – at home, in their churches and in markets – with essential information for preventing and controlling the disease.

“Since I started awareness sessions, I have witnessed changes in people’s behaviour,” said Sister Kanyere, who is now part of a group of women working to educate communities on prevention methods. “One can see that people now wash their hands, and that they are more and more responsible with their sexual choices because they were told that Ebola can be transmitted sexually.”

“We pray that this epidemic will stop,” she said. 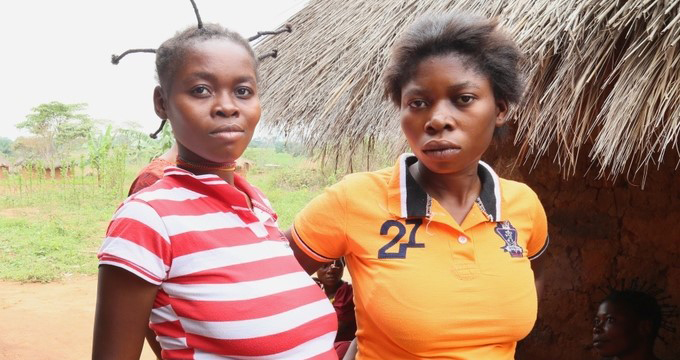