Nairobi, KENYA – More than 6,000 world leaders, scholars, advocates, faith leaders and others converged on the Kenyatta International Conference Centre today to attend the first day of Nairobi Summit on ICPD25, which calls for action to end maternal deaths, stop gender-based violence and meet demand for family planning – all in 10 years.

"Today thousands gather here in Nairobi from over 100 countries, dozens of international organizations, over 200 civil society groups, and many leaders from private sector,” said Kenya’s President Uhuru Kenyatta at the opening of the Summit.

The Summit takes place 25 years after the groundbreaking International Conference on Population and Development (ICPD), where 179 governments called for advancing gender equality and securing sexual and reproductive health for all.

A great deal of progress has been made since the original ICPD, including significant improvements in maternal health and expanded access to voluntary family planning.

But many of its aims have yet to be met. The target of reducing maternal mortality by 75 per cent has not been achieved, for instance.

“We still have a long way to go before we can say that we have achieved that goal,” said Arthur Erken of UNFPA, which is co-convening the Summit alongside the Governments of Kenya and Denmark.

A world within reach

The numbers today are humbling.

Every day, more than 800 women die from preventable causes during pregnancy and childbirth, and 33,000 girls are forced into marriage.

Every year, more than 4 million girls are subjected to female genital mutilation.

An estimated 232 million women around the world want to prevent pregnancy but are not using modern contraception.

There is simply no reason for these needs and rights to go unfulfilled, Summit attendees emphasized. The solutions are available; what the world needs is commitment.

And commitments are being made: Participants submitted over 1,000 concrete commitments ahead of the Summit, pledging billions of dollars in funding and kicking off a global roadmap of actions, from policymaking to youth outreach. Thousands more commitments are expected over the next three days.

“The world we imagined is now within reach, but we must join forces to make it a reality once and for all,” said Ambassador Ib Petersen, Denmark’s Special Envoy for ICPD25.

The Summit is designed to be a radically inclusive forum, bringing heads of state together with grassroots advocates and members of marginalized communities.

Thousands of individuals, including faith leaders, youth activists and government officials, took part in consultations at the national, regional and global levels, helping to carve out an ambitious agenda for the conference.

“We need our voices and ideas to be taken seriously,” said Thoko Makawa, 20, during a youth consultation in Lilongwe, Malawi, in August.

“We must make women of African descent visible,” said Johana Bermúdez, in Honduras, at a September event focusing on communities that have been left behind.

“You will be represented there by your government, civil society organizations and youth representatives,” UNFPA Executive Director Dr. Natalia Kanem assured students in Bhutan last month. “Your voice will be heard.”

A decade of delivery

The Nairobi Summit opens just ahead of the “decade of delivery,” the 10-year sprint towards the 2030 deadline of the Sustainable Development Goals.

To achieve these ambitious global goals, the world must secure the well-being of women, young people and marginalized communities, including their sexual and reproductive health.

This means finishing the unfinished business of the ICPD.

The United Nations is fully behind this effort, UN Deputy Secretary-General Amina Mohammed announced at the opening ceremony. She described the commitments the UN is making “to ensure that no one is left behind and to ensure that we reach the furthest behind first.” The fulfilment of the ICPD agenda, will be “a critical contribution to the 2030 Agenda and the SDGs." 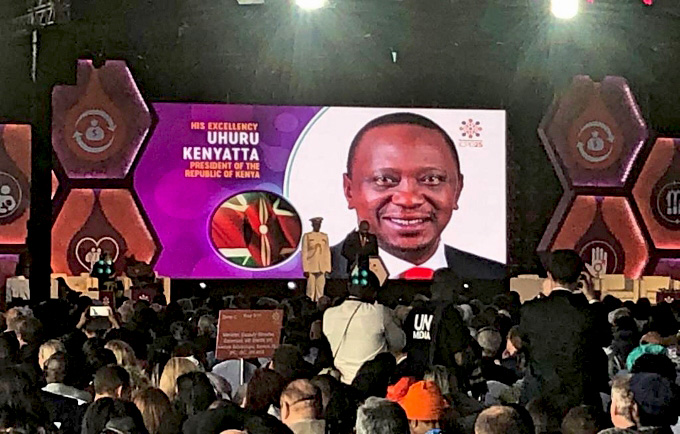