JUBA/COX’S BAZAR/UNITED NATIONS – “My periods are a nightmare,” Nyanjuma Galoth, 20, told UNFPA at a civilian protection camp in South Sudan. “They are very painful, and I can’t get any sanitary products.”
It is a major source of stress, she said. “The days that I am lucky, I get a few sanitary pads from my friends, while other days, I end up using rags to absorb the blood flow.”

She is not alone. Too many  girls and women – those in crisis settings, those who are impoverished or vulnerable, and even those living in affluent parts of the world – experience period-related pain and shame, or face barriers to accessing basic menstrual health information and supplies.

Menstruation is a natural, and essential, part of the reproductive cycle; roughly half the human population has or will experience it. But too often, menstruation is shrouded in mystery, leading to exclusion, neglect and discrimination.

On 28 May, Menstrual Hygiene Day, UNFPA is launching answers to frequently asked questions about menstruation. All people should know the basics about menstruation, helping to demystify the process, eliminate stigma and promote human rights.

When girls hit puberty and begin menstruation, they can see their opportunities radically diminish. Menstruation may mark the start of restrictions to their mobility and behaviour.

“My aunty told me I should stay away from boys,” a 16-year-old girl in Zambia told UNFPA.

“I want to study but the boys started bothering me,” a 13-year-old in Madagascar said.

In some places, menstruation is believed to signal that girls are ready for marriage or sexual activity, leaving them vulnerable to child marriage and sexual violence.

“My father told me I was to be married off,” a 13-year-old in Kenya told UNFPA, describing the onset of puberty. When she got her period, she said, “I felt embarrassed to be a girl, and felt like it was a punishment.”

In some places, menstruating women and girls are prohibited from cooking food, visiting religious spaces or spending the night in the home. Isolation and expulsion from the home can even be dangerous, and has been linked to several deaths.

“I have no choice but to go to the shed,” an 18-year-old in Nepal said near the hut where she and other women stay during their periods - a practice known as ‘chhaupadi’ that is outlawed but remains widespread.

Women’s and girls’ opportunities are also restricted when they lack information about menstrual health, services to treat menstrual symptoms and disorders, or supplies to manage menstrual hygiene.

One 17-year-old girl in Senegal explained that her cramps were debilitating. “I began to have pain that prevented me from going to school,” she said.

“I used to miss one week of school every month,” said another 17-year-old, in Uganda.

These are not issues restricted to developing countries. Many, if not most countries, have menstruation myths or taboos and a prevailing sense that menstruation is dirty or shameful.

Silence plays a major role in perpetuating these beliefs. But things are changing.

People are increasingly speaking out about menstruation issues, including period shame and “period poverty” – the financial burden placed on girls and women in managing menstruation.

Slowly, policymakers are beginning to pay attention. Facilities and supplies to manage menstruation are increasingly considered necessities in schools and places of work, and even in humanitarian responses.

And young people are leading the way.

Through the UNFPA-UNICEF Global Programme to Accelerate an End to Child Marriage, for instance, girls are learning about sexual and reproductive health, including menstruation – and that it does not indicate readiness for marriage or sex. They are empowered to take charge of their bodies and speak out about their health needs, dignity and human rights.

Other programmes feature youth-led discussions about these issues. In some clubs, girls are learning make their own reusable sanitary pads.

At one UNFPA-supported programme in the Rohingya refugee camps of Cox’s Bazar, Bangladesh, girls are eager to learn about menstruation management. “One of my older friends thought she was dying when she started menstruation,” said Fatima, a teenager at the training session. “But we know what is happening, so it does not make us afraid.”

For 15-year-old Paula, in Angola, learning about periods has even been a joy.

“I was excited to have my first period,” she said. “Menstruation made me feel like a woman. I like it.” 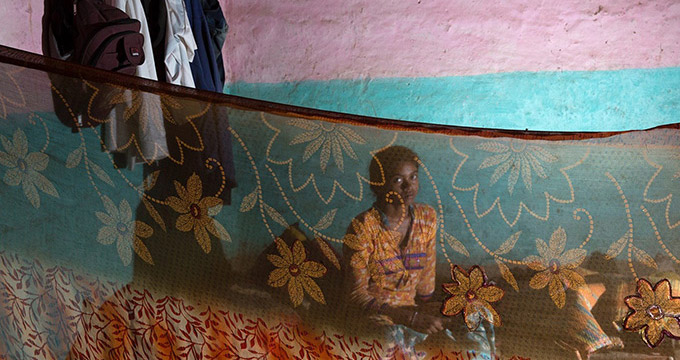 Empowering Kenyan women and girls with disabilities in managing menstrual…