NAIROBI, Kenya – A new campaign highlighting the critical role of media in helping to end female genital mutilation (FGM) was launched in Kenya, Nairobi, last week. The campaign will engage global media outlets, particularly in Africa, on how to improve their coverage of the consequences of this practice on women and girls, their families and their communities. It will also encourage reporting on the communities’ efforts to abandon FGM and protect women’s and girls’ rights. The aim is to help end this practice within a generation.

“Change can happen through sustained media attention on the damaging public health consequences of FGM, as well as on the abuse of the rights of hundreds of thousands of women and girls around the world,” said the United Nations Secretary-General, Ban Ki-moon, at the campaign’s launch. 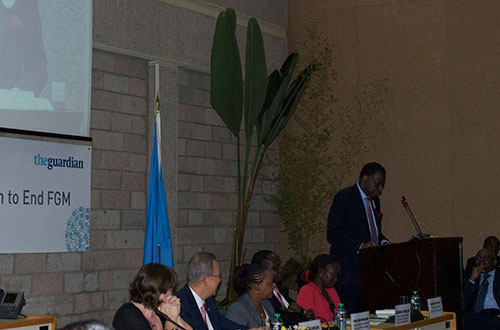 The campaign will support five media outlets in Kenya in covering FGM. In addition, a joint UNFPA-Guardian International FGM Reporting Award will be granted annually to an African reporter who has demonstrated innovation and commitment in covering the practice. The competition winner will spend two months training and working in the Guardian office in London.

“UNFPA welcomes this campaign, and we look forward to partnering with the Guardian to support reporting on FGM in Kenya and beyond,” said UNFPA Executive Director, Dr. Babatunde Osotimehin, during the launch event. “Improved coverage of the disastrous toll this practice takes on women and girls, their families and their communities – along with reporting on the bold action taken by many communities to abandon FGM and protect the rights of women and girls – is an important step towards ending it once and for all.”

UNFPA, through the UNFPA-UNICEF Joint Programme on Female Genital Mutilation/Cutting, also works closely with communities in many countries to raise awareness of the harms caused by the practice and to support its abandonment.

“We believe that when girls are protected from female genital mutilation, early marriage and other forms of violence – when they can claim their right to health, to education and to decent work – they can become powerful agents for change,” said Dr. Osotimehin. “Working together, we can ensure that no girl has to ask where she might go to be safe from FGM.” 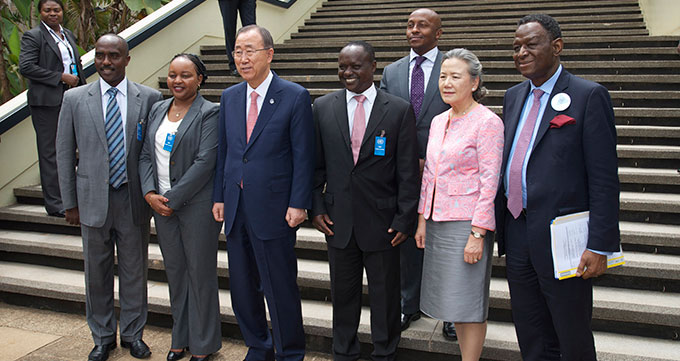