A look back at the 2010s: A decade of voices and choices

UNITED NATIONS, New York – As another decade draws to a close, the world is preoccupied with perils on the horizon. Climate change is beginning to ravage communities everywhere. The global displacement crisis has reshaped demographics on an unimaginable scale, contributing to political upheaval around the world. Information technologies that enable the creation of vibrant online communities also enable the spread of extremism and misinformation.

But it is worth looking back at the gains humanity has made – especially in addressing gender inequality. Below are four changes that have helped define the last 10 years as a decade of growing voices and choices for women and girls.

1.    Women’s voices have never been louder

For millennia, women endured inequality, discrimination and violence in relative silence. Issues affecting half the human population went neglected by predominantly male policymakers, historians, artists and leaders. But in the 2010s, as technologies enabled women to share their experiences more widely than ever before, anger over these injustices began to smoulder and then ignite.

Between 2010 and 2019, the number of people using the Internet more than doubled from 2 billion to 4.1 billion. Social media networks proliferated, and although men continue to comprise a slightly higher percentage of Internet users than women in most of the world, women’s presence online achieved a critical mass.

In 2017, high-profile actors in Hollywood – including Ashley Judd, a UNFPA Goodwill Ambassador – spoke boldly about their personal experiences of sexual harassment. The #metoo movement elicited millions more accounts of sexual assault, discrimination, exploitation and degradation, sparking a fire that continues to rage around the world, toppling male leaders across governments and industries.

The conversations are happening offline, too.

Bipana Nepali, a youth activist in Nepal who works with UNFPA, says people are speaking more openly than ever about gender-based violence and harmful practices like child marriage, which were previously “hidden due to shame, stigma and taboo.” She noted, “It’s a good sign that today we are talking about it loudly, publicly, which means we are trying to find a solution.”

“If we go back 10 years ago in Iraq, women were not outspoken about gender-based violence and domestic abuse. With more awareness, we see today women coming forward and taking the future in their own hands,” added Rahma Abdul Kareem, of the Noor al-Rahma Centre for Human Rights, a UNFPA partner.

And as women’s voices rise into a global chorus, they are not only addressing gender-based violence. They are also rejecting centuries of stigma – calling for an end to period shame, for better access to feminine hygiene supplies, and for better data on long-neglected women’s health issues, like post-partum depression and gynaecological disorders.

“The greatness of this moment is that finally the world was able to hear,” Ms. Judd said.

Couples have never before enjoyed as much choice in reliable modern contraception. Since 2000, there has been an explosion in contraception technology, with methods such as vaginal rings, implants, injectable devices and patches entering the market. As the method mix has expanded, preferences have changed.

Globally, the prevalence of both female and male sterilization has declined. In some places, long-acting methods have gained prominence.

“Ten years ago, women who were not for permanent family planning used to go for short-term methods,” Kalawati Chaudhary, a family planning counsellor in western Nepal, told UNFPA. “Today, many of them are opting for long-term contraceptives like intrauterine devices. This is a massive change.”

The stigma around contraception is also falling away, said Dr. Hind Kamal, a gynaecologist at a UNFPA-supported clinic in Iraq. “Today, thanks to intense awareness-raising in camps and communities, both husbands and wives come to our clinic for advice on family planning and contraceptives.”

And programmes to educate people about family planning are helping to lower maternal and child death rates in places like Afghanistan, said Dr. Nasreen Oryakhel, president of the Afghan Family Guidance Association, who has been working on these issues for 30 years. “Through family planning and adding intervals between child births, we can have a healthy child and mother,” she said.

Still, there is a long way to go.

Choices have not expanded enough. Data from the UN show that in about one fifth of countries or areas, a single method of contraception accounts for half or more of all contraceptive use.

Women also continue to shoulder the vast majority of the family planning burden. Methods that require men’s direct participation – including male sterilization, male condoms and even withdrawal – account for only 27 per cent of global contraceptive practice.

This decade has seen continued increases in women’s and girls’ education levels, with global secondary school enrolment rising from just under 70 per cent in 2010 to 75 per cent in 2018, according to UNESCO (for boys, the increase went from 72 to 76 per cent). Fertility rates also continued to fall, from 2.5 births per woman in 2010 to 2.4 in 2017.

These changes have been accompanied by a rise in the status of women and girls.

“Ten years ago, girls were not considered worthy of continuing their education but were rather sent off for early marriage,” said Itaimad Rasheed Hameed, the manager of the Eman Al-Qoloob Women’s Community Centre in Iraq. “Today, I see women with college degrees, working and succeeding and leading. Young girls are given the opportunities to grow and learn.”

Around the world, women have been empowered to take on roles that were once beyond reach. “It is important for women to work and earn money so that they can meet their own needs and help cover household expenses,” said Adouia Brema, an electrician in Chad.

Feminist economics is also starting to reshape how policymakers understand women’s roles in the world, drawing attention to the unpaid work still disproportionately done by women.

And women are increasingly seeking to become policymakers themselves. While women continue to lag behind men in elected positions – comprising just under a quarter of all parliamentarians, for example – they are running for office at higher rates than ever before.

“Ten years ago, we could only notice men leading initiatives. Today, women are advocating for their rights and standing up for what they believe in,” Zahraa Talal, a women’s advocate at the Iraq Foundation for Economic Development, told UNFPA.

4.    Commitment to change has never been greater

Thanks to improved data quality and quantity, the world now has a clearer view of the far-reaching consequences of gender inequality, and the urgent work that still lies ahead. For instance, even as child marriage and female genital mutilation rates decline, population growth means that the absolute number of women and girls affected by the practices will actually increase unless action is accelerated.

We also have a better understanding of what is needed to make lasting change. A joint study recently determined the price tag for ending unmet need for family planning, preventable maternal deaths, and gender-based violence, all within a decade. It will cost the world $264 billion, widely agreed to be an affordable amount.

And the world has never seen greater determination to see these efforts through.

Last month, at the Nairobi Summit on ICPD25, more than 8,300 delegates from about 170 countries convened in Kenya’s capital to make specific, concrete, actionable commitments to advance gender equality, secure sexual and reproductive health and rights, and end gender-based violence. More than 1,200 commitments were made, and billions of dollars were mobilized.

But the greatest achievements still lie ahead. The next decade will open with women and girls stronger and bolder than ever before. Ms. Abdul Kareem, in Iraq, summed it up: “We are no longer the weaker sex,” she said. 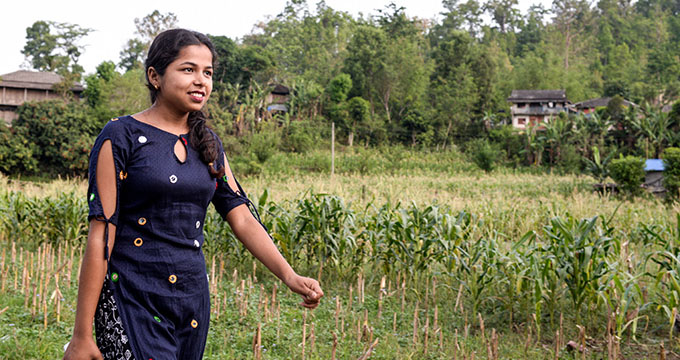 A look back at the 2010s: A decade of voices and choices

Sahel project helps women raise themselves, their communities from poverty