ABUJA, Nigeria – Hundreds of women and children held by the militant group Boko Haram have been rescued by the Nigerian army in recent weeks. UNFPA is providing support to the freed women and girls in Borno and Adamawa states, and, as the military steps up its offensive against the insurgents, UNFPA is strengthening its services in anticipation of additional freed hostages.

Last week saw a major influx of rescued women and girls, including 293 women and girls who were rescued on 28 April 2015. Many of those released from Boko Haram have been brought to camps, where thousands of community members are seeking shelter from the ongoing unrest. 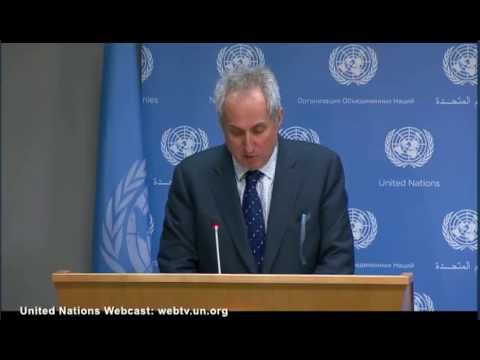 UNFPA, in close collaboration with the Borno State Ministry of Health, mobilized and deployed health workers to camps for internally displaced persons (IDP) in north-eastern Nigeria. There, they are providing psychosocial support and health services to the rescued women and girls, as well as to family and community members.

“A large number of girls and women rescued from Boko Haram have been found to be pregnant,” said Stéphane Dujarric, spokesman for United Nations Secretary-General Ban Ki-moon. “We do not know yet the total number of pregnant girls among those rescued. The screening is still ongoing.”

Some 214 women and girls in the displacement camps in Borno State are visibly pregnant and receiving support from UNFPA. UNFPA is also providing counselling to those in the camps, many of whom are pregnant. It is not known how many of these women and girls are former abductees.

“Some of these women and girls were already pregnant in IDP camps and others joined from the forests,” said Mr. Dujarric in his briefing.

Reproductive health kits and dignity kits have also been deployed in Borno and Adamawa states to support safe childbirth. 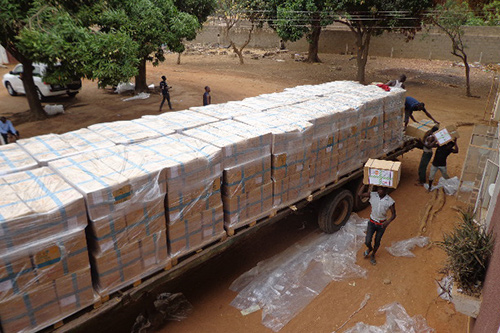 UNFPA’s humanitarian response to the crisis was scaled up in 2014, covering six states – Adamawa, Bauchi, Borno, Gombe, Kaduna and Yobe. Personnel were put in place and supplies were made available to meet the physical, psychological and medical needs of affected women and girls. These include not only survivors of kidnappings, but also women and girls living in displacement camps and in host communities.

By the end of 2014, UNFPA had distributed 21,800 clean delivery kits and 17,664 dignity kits, and 16,350 women had safe deliveries in UNFPA-supported facilities across the six states. A total of 73 women with complications received comprehensive care, including Caesarean sections, at referral centres. There were no maternal deaths.

More than 700 people, including the abduction survivors, have received psychosocial support at UNFPA-supported facilities in Borno State.