TEGUCIGALPA, Honduras – Women and girls in Honduras are at high risk in the aftermath of Hurricane Eta. More than 400,000 women have been directly affected by the widespread destruction and are now left without access to essential health services.

The storm has been wreaking havoc since 3 November, when it began to pummel parts of Central America as a Category 4 hurricane. By the time it moved into central Honduras, it had been downgraded to a tropical depression, but it continued to unleash deadly floods and landslides.

More than 1.6 million people throughout the country have been affected. Some 12,000 are now staying in shelters, a precarious situation due to the COVID-19 pandemic.

Gabriela, from the Las Brisas neighbourhood in Francisco Morazán, is staying in a shelter with her seven children. “It is the second time that I have lost my house due to flooding and it is very difficult for me, in addition to supporting seven children as a single mother while facing this double tragedy," she said.

Today, nine out of 18 departments have been affected. There are an estimated 3.3 million women and children living in those affected departments; they now face disruptions to critical health services.

In the hard-hit department of Cortés, for instance, most health facilities have been closed due to damage, injuries among health personnel and blocked roads.

UNFPA is joining the response effort, supporting a rapid needs assessment and working to restore access to sexual and reproductive health services. With funding from Canada, UNFPA is acquiring of thousands of dignity kits, which contain information about how to receive assistance and hygiene supplies such as soap and sanitary napkins, to distribute to affected women and girls. UNFPA is also prioritizing efforts to prevent and respond to gender-based violence.

In addition to its storm response, UNFPA is continuing its response to the COVID-19 pandemic in Honduras.

Since the start of the pandemic, UNFPA has provided infection-prevention supplies to nearly 7,000 front-line health workers and to 15,000 pregnant women and adolescents. 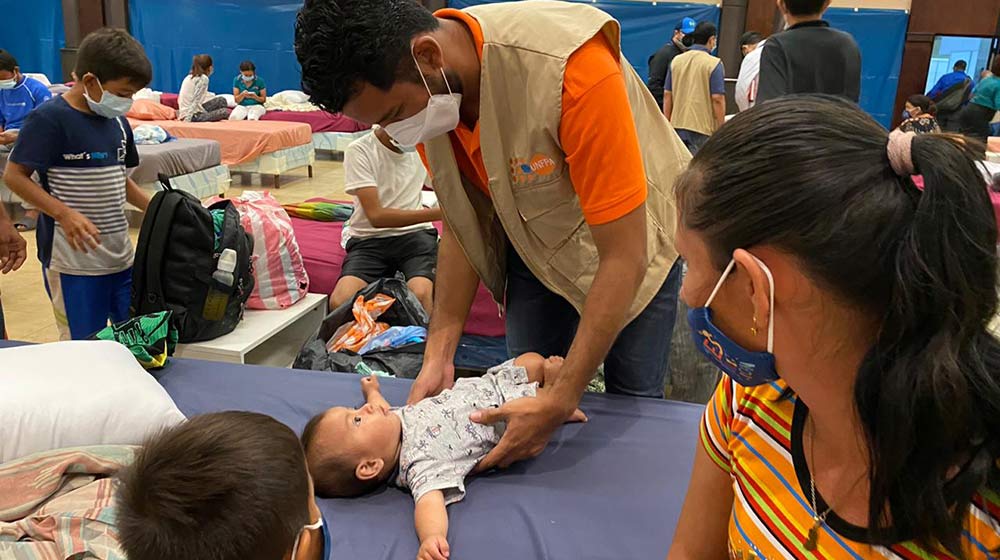 After giving birth under a bridge amid hurricane wreckage, recovery remains a…