Grim but essential, autopsies are saving lives in Bangladesh

MOHESHALI, Bangladesh – Something went terribly wrong when Asta Banu gave birth. Her labour was difficult and seemed to take forever. When the baby – a boy – was finally born, he was unresponsive. Although Ms. Banu’s family quickly arranged transportation to the Thakurgaon District Hospital, their efforts were in vain. During the 20 km drive, the baby slipped into a coma and died.

Tragically, Ms. Banu’s story is a common one.

In Bangladesh, 21 newborns die out of every 1,000 live births, according to the United Nations Children’s Fund (UNICEF). It is more than twice the neonatal mortality rate in the Asia and Pacific Region.

And the situation could have been even worse: The labour complications could have killed Ms. Banu as well. According to the most recent joint UN Trends in Maternal Mortality report, out of every 100,000 live births, 170 Bangladeshi women die from causes related to pregnancy and childbirth – a number also higher than the regional average.

One of the major factors contributing to these needless deaths is reliance on home deliveries at the hands of unskilled and untrained birth attendants. 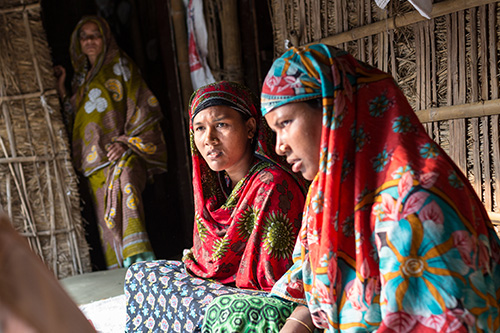 Ms. Banu's son died after a difficult, prolonged labour. The situation could have been even worse: The complications could have taken her life as well. © Nicolas Axelrod/Ruom for UNFPA

“People told us to have our baby in the hospital,” Ms. Banu remembered, “but it is far away. We didn’t have the money for transport and so we decided on a home delivery instead.”

Yet just four kilometres away was a rural clinic with a skilled birth attendant, trained to recognize and address life-threatening labour complications. “I just lay in bed and waited for the baby to come,” said Ms. Banu. “I had no idea about the clinic.”

A grim but necessary task

Most maternal and child deaths are preventable, but to avoid them, governments and health systems must better understand the causes of these deaths. Yet many countries do not have data on the causes underlying maternal and child mortality. This is particularly true in areas where the majority of deaths occur at home.

The solution is a grim but essential task: an autopsy to determine cause of death, which can reveal how to avoid similar incidents in the future.

In 2011, the Government of Bangladesh, with support from UNFPA and UNICEF, launched a programme to collect data about maternal and neonatal deaths. The programme also disseminates information in communities about how these deaths can be prevented.

In Ms. Banu’s remote area, this process is known as a social autopsy, or verbal autopsy. First, Gulam Mostafa, a government official, sits with family members and caregivers to fill out a short questionnaire designed to help inspectors establish the likely cause of death. 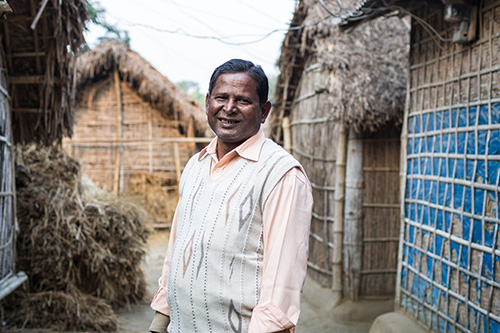 The programme is having an impact. Mr. Mostafa says that in the four years he has performed social autopsies, he has never had to return to a village to address the same cause of death. © Nicolas Axelrod/Ruom for UNFPA

Once this has been determined, Mr. Mostafa organizes a community meeting to explain why the death happened, and how similar deaths can be prevented. Often the solution is as simple as asking community members to give birth in a health facility, under the care of a skilled birth attendant.

These meetings are also an opportunity to dispel misconceptions about health care, such as the widely held belief that health facilities are prohibitively expensive. In fact, maternal health care is often subsidized by the government and UNFPA.

These efforts are having a lasting impact.

“In the last four years, the situation has radically changed,” Mr. Mostafa said. “In the past, almost all deliveries were conducted at home, and deaths were very common. Now, hospital birth numbers are increasing day-by-day. The programme is pushing society to get quality health care.”

He added, “In four years, I have never had to go back to a community [to investigate] the same cause of death. This is a good sign that the problems have been understood.”

For Ms. Banu, sharing the details of her son’s death has been both educational and cathartic. The verbal autopsy revealed that the prolonged labour likely deprived her baby of oxygen. Birth asphyxia was listed as the cause of death.

“It is hard, but we feel good to share the information so that other people can learn,” she said. “Now that I know the dangers, if I have another baby I will be sure to go to the clinic.”