UNITED NATIONS, New York – Today, international leaders are convening at United Nations Headquarters, New York, to discuss the critical issue of migration and human mobility, a megatrend that is reshaping the global landscape.

An estimated one billion people around the world are migrants – one in every seven people.

But as policymakers scramble to understand how these mass movements affect societies, economies, security and sustainability, the needs of women and girls are falling through the cracks.

Below are five reasons migration is a serious concern for women and girls. 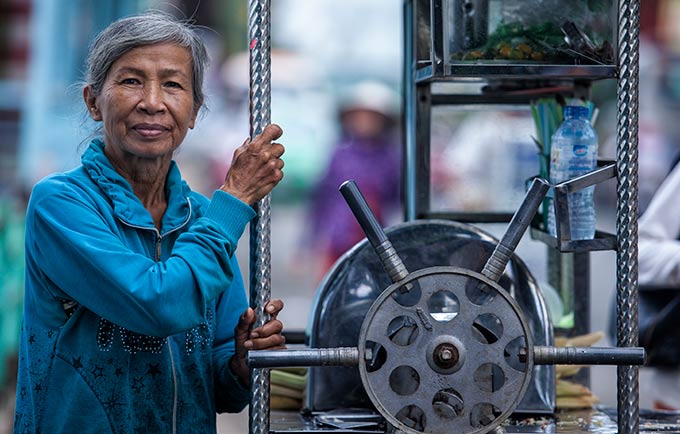 This internal migrant works at a food stall. She is part of a wave of internal migration in Viet Nam. © UNFPA Viet Nam/Nguyen Minh Duc

1. Almost half of migrants are women and girls. And women are increasingly migrating alone or as heads of their households.

Some 250 million people are international migrants – people who leave their home countries for opportunity or safety. Of these, nearly half are women and girls.

Some of this movement is driven by conflict. Today, a record-high number of people have been forcibly displaced from their homes. It is estimated that about half of all refugees are female.

Women and girls are also a significant proportion of economic migrants. They are the vast majority of all migrant domestic workers, for example.

And women are increasingly migrating on their own, or as the heads of their households. This trend represents a key opportunity for their economic independence and empowerment. 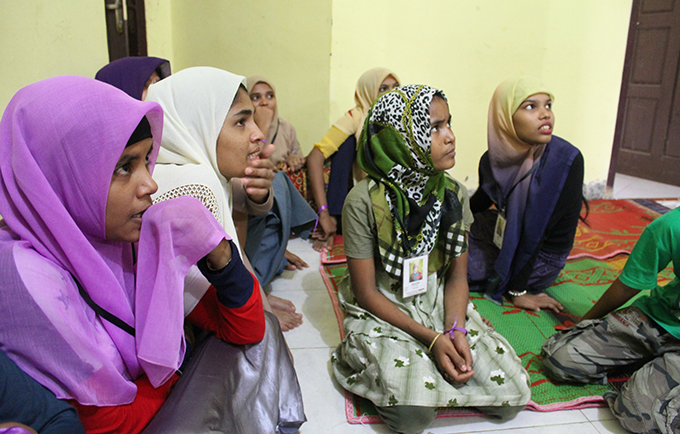 These migrant and refugee women spent months adrift on the open ocean after the captain of their boat abandoned them. They were rescued by fishermen near Aceh, Indonesia. © UNFPA Indonesia/Sandra Siagian

All migrants are vulnerable to abuse and exploitation, but female migrants are particularly at risk. Women and girls account for 71 per cent of all human trafficking victims, according to a 2016 report by the United Nations Office on Drugs and Crime.

Women and girls also face additional vulnerabilities when they are displaced by conflict or natural disaster.

Chaos and the breakdown of protection systems mean perpetrators can abuse with impunity. Lack of shelter, overcrowding in camps and poorly lit public toilets all increase the risk of gender-based violence, including sexual violence.

And when abuses occur, many migrant women and girls lack the resources, support systems and knowledge to seek help. 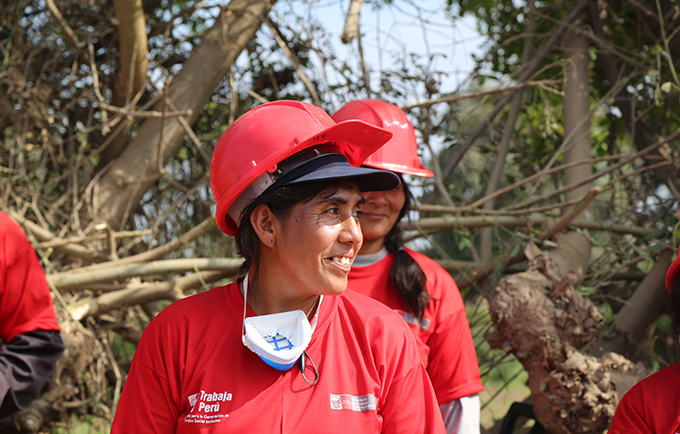 Lily and her family were displaced by flooding in Peru. She and other displaced people faced threats and difficulty accessing services. © UNFPA Peru/Angela Valverde

3. Migrant women face double discrimination – as women and as migrants.

Racism and xenophobia are serious concerns wherever large-scale migration takes place, and anti-immigrant sentiment is on the rise in many countries.

Negative depictions of migrants and refugees often appear in the media, for instance, while the benefits migrants bring – such as their economic contributions – rarely make the news.

This can take the form of discrimination and mistreatment – including sexual harassment – in the workplace, while seeking housing, while using public transportation, and while accessing education and health services. 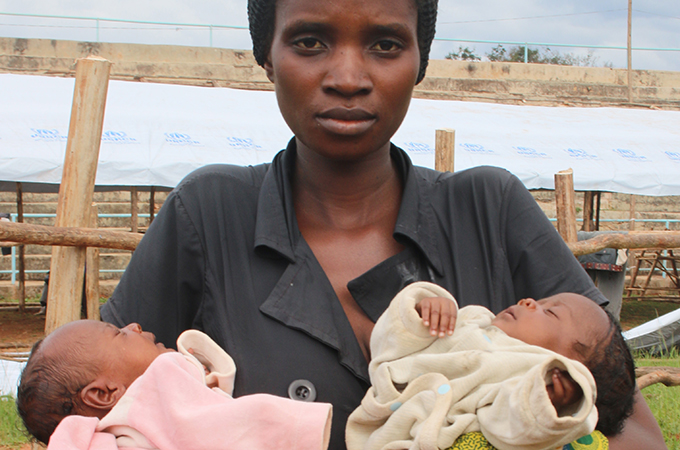 Nyiomngere, 24, gave birth to twins while fleeing unrest in Burundi. She was also diagnosed as severely anaemic. © UNFPA Tanzania/Sawiche Wamunza

4. Women do not stop getting pregnant when they are on the move.

Significant numbers of female migrants are likely to be pregnant or to become pregnant. While travelling – or in the chaos of displacement – women may lose access to sexual and reproductive health care, including family planning, antenatal services and safe childbirth care.

Lack of these services can be deadly. In fact, it is considered one of the leading causes of death, disease and disability among displaced women and girls of childbearing age. Even so, migration may be a pregnant woman’s best option in a crisis setting, especially if insecurity or collapsing health systems threaten her life at home.

UNFPA works with governments and other partners to uphold migrants’ right to access sexual and reproductive health care, including deploying mobile health clinics to displacement camps and refugee communities. But much more must be done to increase access to these services. 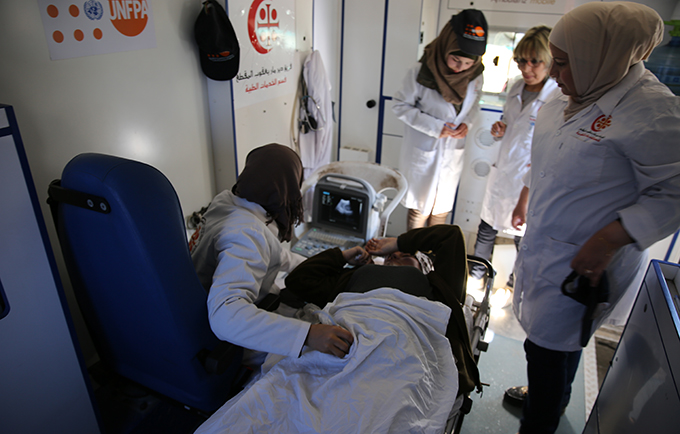 A UNFPA-supported mobile team performs an ultrasound for a pregnant woman displaced from Afrin, in Syria. © UNFPA Syria/Sufian Abdulmouty

5. Women and girl migrants are more likely to face health problems – both in transit and at their destinations.

Even after female migrants reach their intended destinations, they continue to face barriers to health care, especially sexual and reproductive health services. Foreign-born migrants can face significantly higher risks of maternal injury and death than native-born women, for example, and higher risks of HIV infection, trauma and violence.

A majority of international migrants end up in cities, where they may face barriers to sexual and reproductive health care, including cost, overcrowding, transport challenges and insecure housing.

Yet evidence shows that there are major returns on investing in the health of migrant populations, particularly reproductive health care, such as family planning and prenatal care.