UNITED NATIONS, Cairo – “I felt ashamed of my body. I did not know how to clean it or how to take care of it. I did not understand the purpose of my menstrual cycle because I did not receive any sexual health information at that age,” one young woman from Palestine, recalling her first period at age 12. “I felt heavy and helpless at that time every month, for years to follow. It wasn't until very much later, when I was in my twenties, that things seemed to make more sense.”

This woman’s experience is all too common across the Arab states region.

Of the 69 respondents, 54 said their reaction to menstruating for the first time was shame, fear, anxiety or embarrassment.

Some said they faced stigma and mistreatment.

“I told my mother. She gave me an old piece of cloth and refused to buy me sanitary napkins and forbade me from eating dinner that night,” said one woman in Morocco, who began menstruating at age 12. “She gave me soup that I ate alone. I felt I was an outcast. My period every month became an unbearable hell.”

She described sneering looks from her brothers, and said she struggled with physical pain: “I was overwhelmed with chores in the home, as well as my studies. My mother deprived me of rest and forced me to do all the housework without medicines or a visit to the doctor.”

Menstruation is a biological fact of life for billions of people around the world. Yet misinformation, denial of information, stigma and discrimination can turn this natural process into needless physical, emotional and economic hardship.

The informal survey – which was not intended to be a representative study but rather to collect women’s experiences in their own words – showed that women and girls in many countries of the region are often denied the right to manage their monthly menstrual cycle in a dignified and healthy way.

“My mother got married at an early age, and even now she doesn't even know the basics of the cycle and does not want to learn,” said one woman in Saudi Arabia.

Without accurate and shame-free information about their bodies, many girls described improvising ways to manage menstrual blood.

“I always used cotton cloths,” one girl from Yemen said. “I come from an uneducated family so I did not know that there were sanitary towels used for this purpose.”

“I used to use old clothes as sanitary napkins,” one woman in Saudi Arabia said. “When my clothes started to run out and my mother and sister discovered that I used clothes,  they laughed at me without offering me an alternative.”

Managing one’s period is even more difficult in humanitarian settings. Privacy can be scarce and sanitation facilities are often lacking. In refugee and displacement camps, or other emergency settings, toilets and bathing facilities may be unsafe, even exposing women to sexual assault.

Economic hardship also affects access to menstrual health and hygiene supplies, limiting women’s and girls’ mobility, restricting their attendance in schools and participation in community life, compromising their health and diminishing their contribution to the economy.

Survey respondents said that this was the kind of information they wish they’d had.

"You see people exaggerating it and treating you as ‘a woman’ only because you have reached the stage of sexual maturity,” one woman in Iraq wrote.

She offered this advice to young girls facing these pressures: “Don't care and live your life. There's no need to feel shy or shame…. It's a superb natural biological process.” 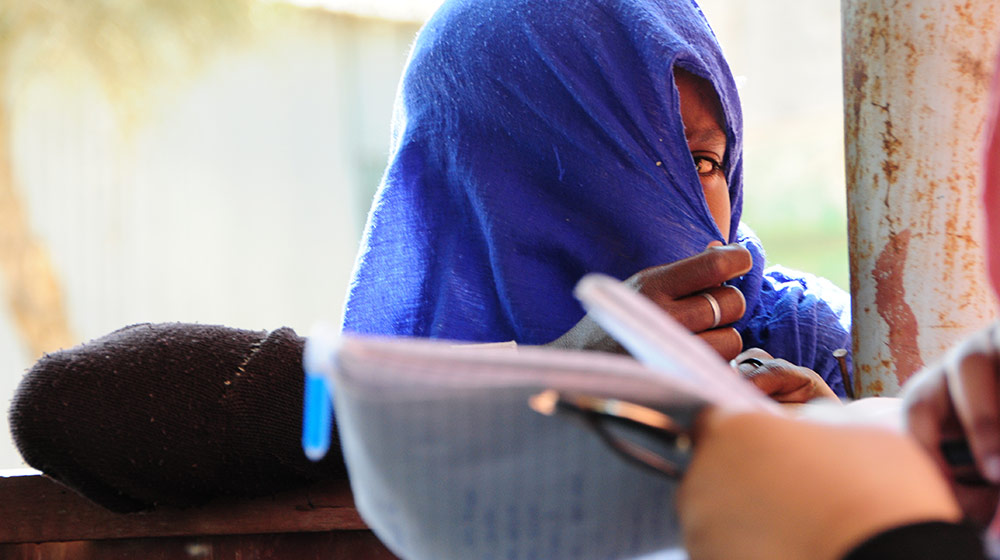 For breast cancer survivors and supporters in Palestine, a chance to come…